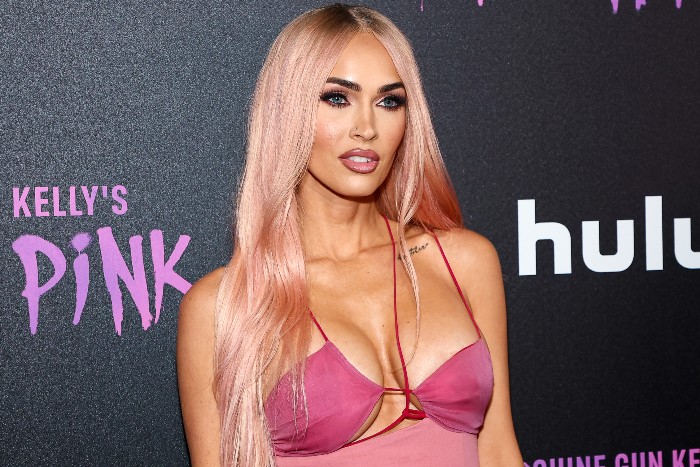 Did Megan Fox and Machine Gun Kelly Break Up?

There appears to be compelling evidence that Megan Fox and Machine Gun Kelly broke up — or that her engagement ring truly is a painful monstrosity and he’s out of his goddamn mind if he thinks she’s wearing that thing all of the time. (Jezebel)

A long time ago, Denis Leary used to have a joke about the Jackson family giving each other new heads for Christmas. This doesn’t seem far off. (Dlisted)

And in another feel-good story of the year, a bunch of losers tried to make an anti-woke superhero who wears a Confederate flag bustier, but instead, they were bilked out of $1 million. Yup, that’s the stuff. (Daily Beast)

Honestly isn’t THIS the Tolkien sanctity stuff we should be shrieking about? pic.twitter.com/yTwzq1xmkk

Hey twitter, my nana is missing. She is easily disoriented and needs special medicine. If you see her please do not chase! pic.twitter.com/7XdSQ9lJ2J

The absolute effort that went into this omg pic.twitter.com/lo7dNKQIaP

Laurence Fishburne was not a fan of the new Matrix movie. (AV Club)
Elon Musk’s purchase of Twitter seems to be happening, and he already plans to cut 75% of its workforce, so RIP
that whole site. Wait, now what am I going to embed? (Variety)

Richard Osman’s The Thursday Murder Club has been popular with Cannonballers. Xoxoxoe loved the rich characters, saying, "the murder mystery and its solution is probably the least interesting facet of the book." Have you jumped on this series yet? (Cannonball Read 14)

Nibi was found orphaned when she was only about two weeks old. Now she is five months old and thriving here at the rescue. Here is a picture of her the day she came in. #Babybeaver pic.twitter.com/JgsaqB8xzA


← 'House of the Dragon' Episode 9: Why Did Rhaenys Show Mercy? | Kevin Spacey Cleared in Anthony Rapp's $40 Million Lawsuit Against Him →