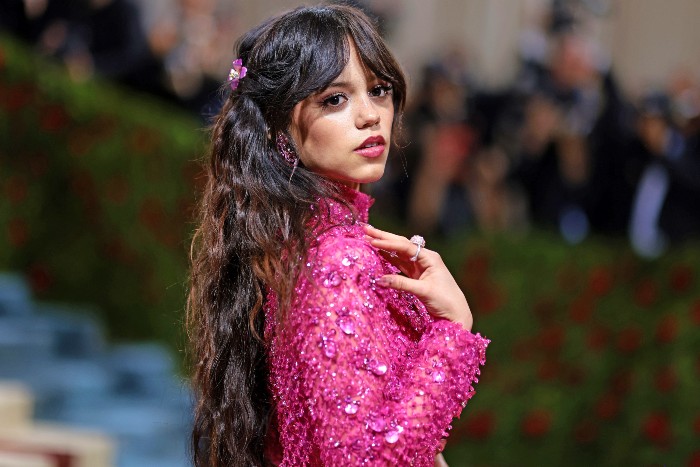 The production team behind Wednesday is catching some fresh hell after Jenna Ortega inadvertently revealed that she filmed the show’s big dance scene while getting her ass kicked by COVID symptoms. Instead of waiting to let her on set until getting a test result back, Ortega worked while sick until the test came back positive. At that point, MGM claims that it removed her from the set, which I’m sure was a real comfort to anyone working that day. Smooth job, everyone. (Variety)

The Daily Mail, who broke the Amy Robach and T.J. Holmes cheating scandal story, were likely tipped off from someone on the inside. (Lainey Gossip)

I thought people were joking about Elon Musk being named Time’s Person of the Year, but he’s seriously on the shortlist? Jesus Christ… (Dlisted)

Does Prince Charles already have a war room for Meghan & Harry? (Celebitchy)

In preparation for The Whale, Kayleigh looked at Brendan Fraser’s pre-Brenaissance best performance in The Quiet American. (Crooked Marquee)

Andor’s B2EMO was designed to stomp all over your heart. (Gizmodo)

Robert Downey Jr. responds to Quentin Tarantino’s Marvel remarks, and understandably, Iron Man is as tired of this discourse as we all are. (Uproxx)

To put a point on how Trevor Noah’s exit came out of nowhere, The Daily Show will have guest hosts until Fall 2023 including… Al Franken? OK. (Vulture)

From Kaleena: It kills me how tickled Brendan Fraser is listening to Adam Sandler talk about going to bat for him. (TikTok)

Howard Stern might be making these comments a little too soon, but he ain’t wrong. Also, Scientology is predominantly weird about any type of health care that doesn’t involve the insertion or removal of alien ghosts. (The Wrap)

If you’re wondering how Babylon was going to handle Brad Pitt being a part of the cast following the Angelina Jolie allegations, Margot Robbie gushing about getting to kiss him is the unfortunate answer. (E! News)

BlackRaven thinks Catherine Pioli’s graphic memoir, Down to the Bone, a Leukemia Story (out next week) was so well told she’d like everyone to go get it. "[T]here are pages perfectly created to show the sites (and sights), sounds, emotions, and what is happening to her mind and body." Are you excited about a soon-to-be-published book? (Cannonball Read 14)