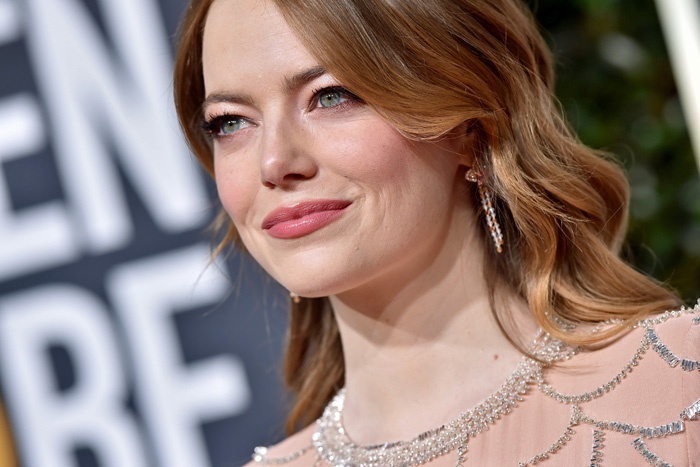 Did Emma Stone Get Secretly Married Under the Cover of Quarantine?

Ben Affleck and Ana de Armas are wearing matching necklaces now, so we’re definitely not watching him do that thing where he goes blazingly all-in then quickly loses interest. What makes you say that? (Lainey Gossip)

While everyone’s been baking all of the bread, Emma Stone may have secretly gotten married during the lockdown, and not to Andrew Garfield? I should probably catch up on celebrity love lives if I’m going to be doing this for a while. (Dlisted)

Because she rightly called out Alison Roman, Chrissy Teigen is getting dragged for some stupid old tweets that aren’t great, but aren’t worth the pile-on either. (Celebitchy)

If you thought Maxine Waters was a fierce critic of the president’s bumbling response to the pandemic before, this sad news probably isn’t going to help. Our condolences to the congresswoman. (The Root)

There are two types of people in this world. They are not good or bad, glass half-full or half-empty. They are: the Aragorn Girls and the Legolas Girls https://t.co/NRpT1bcad6

Disney is apparently sticking to its July release date for Mulan. Good luck with that. (Atom Insider)

Please enjoy this recreation of the dinner party scene from Beetlejuice as a fun diversion and not a benchmark for what you should be doing with your kids during quarantine. Please, one of mine barely looks at up us between Fortnite matches. (io9)

I don’t know whether to find comfort or absolute terror in this report that capitalism has been quietly waiting for us all to become shut-ins for years. It honestly hurts to think about. (Intelligencer)

William Henry Harrison thought it would look weak if he wore a coat on his freezing cold Inauguration Day. A month later he died of the flu. https://t.co/TSkzQzEOy4

Bill Maher said gross things about Adele, too. What are the odds? (The Daily Beast)

Donald Trump tried to start shit in my state by encouraging Republican hoopleheads to reopen counties way too early, and my governor wasn’t having it. Never tell me both parties are the same. (PennLive)

Just kidding! The New Mutants is still going to theaters and not VOD. For Chrissake’s, just mail people a copy and get it over with. (AV Club)

Plaidhampster enjoyed The Adventure Zone Podcast so much she wished she could erase her brain and listen again for the first time. Instead she found the graphic novel The Adventure Zone: Here There be Gerblins by Clint McElroy, Griffin McElroy, Justin McElroy, Travis McElroy, and Carey Pietsch. "I can not describe what an unexpected joy it was to experience this story again." What do you wish you could experience again for the first time? (Cannonball Read 12)

This is the best thing you’ll see today. Or ever. pic.twitter.com/xR9c6Wb1Q7

(Special thanks to Kristy for today’s epic dog content.)

← 5 Shows After Dark: '9-1-1' Third Season Finale, 'The Price is Right with RuPaul' on CBS | Accusing a Cable News Host of Murder Is Not the Worst Thing Trump Has Done in the Last 24 Hours →