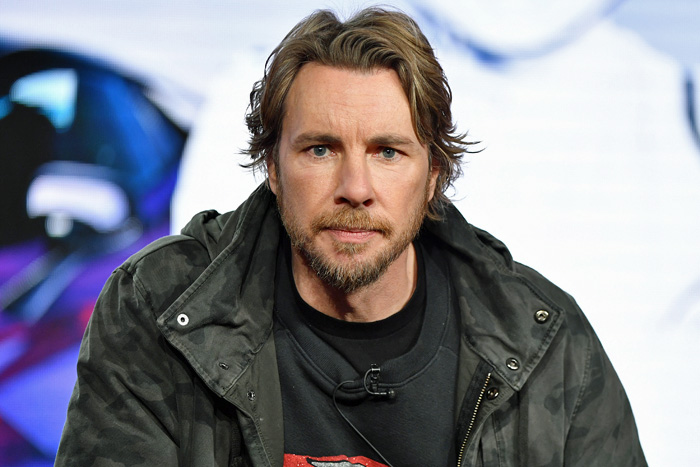 The day after the internet went bananas over Hasan Minhaj calling him a “schlubby white dude,” Dax Shepard went out and bought a huge-ass truck. No over-compensating there! (Jezebel)

Justin Bieber is whining because his Grammy nomination wasn’t categorized as R&B, and he’s rightly getting his ass burnt for it. (Lainey Gossip)

Melania Trump gets to work on her final Christmas in Hell display because WE WON! HAHAHAHA! WE WON! WE F*CKING DID IT! WOOOOOOOO! BIDEN BABY! YEAH! (Celebitchy)

Proud Boy admits he’s “kinda dumb” and doesn’t research. If only all Trump supporters were this honest. (The Root)

As someone who works from home and has two cyber-schooling kids who are on Netflix and/or Fortnite a lot, this Comcast data cap sounds like some real bullshit. (The Verge)

From Nicole: “2020 sucks butt, but at least we’ve got some epic historic firsts in the mix.” (Upworthy)

ZUCKERBERG: That’s him, your honor. That’s the wizard who turned me into a real boy. pic.twitter.com/ZudSiur97q

From Kayleigh: “Not now, Utah monolith of possible doom!” (The Guardian)

Johnny Depp fans are pissed off at — *checks notes* — Animaniacs because nothing says well-adjusted like losing your shit over a children’s cartoon. (Comic Book)

Turns out Black Rifle Coffee, the “pro-military, pro-cop” coffee company, really didn’t appreciate seeing its brand show up in the photo of Kyle Rittenhouse posing with Ricky Schroder after posting bail, and now MAGA-hats are mad because they’re the Johnny Depp fans of politics. (Daily Beast)

"One day, while scrolling through Instagram, a book post from Mysterious Galaxy caught my eye. The title instantly grabbed me, Vanessa Yu’s Magical Paris Tea Shop." Roselle Lim’s debut novel would turn out to be a comfort read that would get Dome’Loki through the recent US election. How are you finding new books during the pandemic? (Cannonball Read 12)

Everyone in our band tried to do this and none of us could, including James who actually played it originally. Huge props 🙌🙌🙌🙌🙌🙌🙌🙌🙌🙌🙌 https://t.co/uF6lOtT5SF