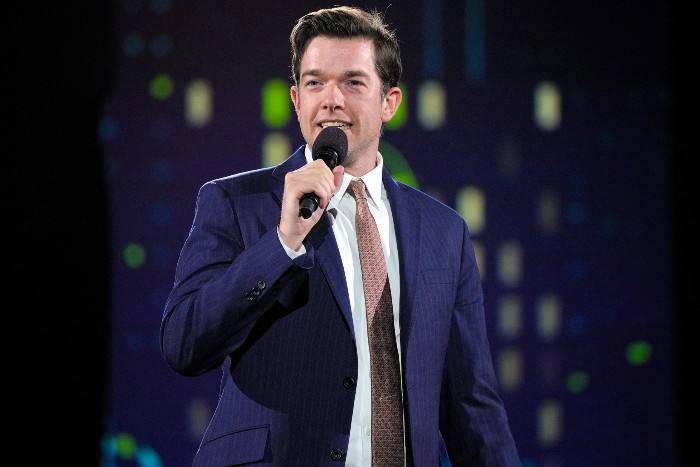 When people buy tickets to see John Mulaney, they don’t expect Dave Chappelle to waltz on stage and jab them in the eye with transphobic jokes, but that’s exactly what happened at his recent show in Columbus, Ohio. Even worse, Mulaney hugged Chappelle afterward because male comedians are sh*thouse at policing their own. (Variety)

Amy Adams will play a dog-woman in the Nightbitch adaptation. (Lainey Gossip)

Harry Styles sets the record straight on his sexuality: “It doesn’t matter, and it’s about not having to label everything.” (Celebitchy)

From Claude: Drew Magary talks to an anonymous TV writer about the current state of special effects and gets an idea of why they are… what they are. (Defector)

A solid thread on how Elon Musk’s Starlink is bullsh*t. (Twitter)

And a solid thread on how Tesla has always been bullsh*t and by no means the environmental savior that far too many people think/thought it is. (Twitter)

From Dustin: Adam Sandler razzes Martin Scorsese (in attendance) during a graduation speech. This is great:

Welp, go ahead and throw Eva Green in the trash. (People)

Mike Myers is threatening to make a new Shrek every year. Sonofabitch… (Screenrant)

A new Thor: Love and Thunder trailer is already hitting on Monday. (Collider)

Postcardsandbooks liked V.E. Schwab’s The Invisible Life of Addie LaRue a lot but understands why it isn’t for everyone. "This is a slow unraveling, equal parts historical tribute and character study." What book do you like despite some bad reviews? (Cannonball Read 14)

My cousin’s rehab took in an abandoned baby beaver and this is a PSA that beavers are, officially, the cutest baby animals: pic.twitter.com/6YeUXfEBrS