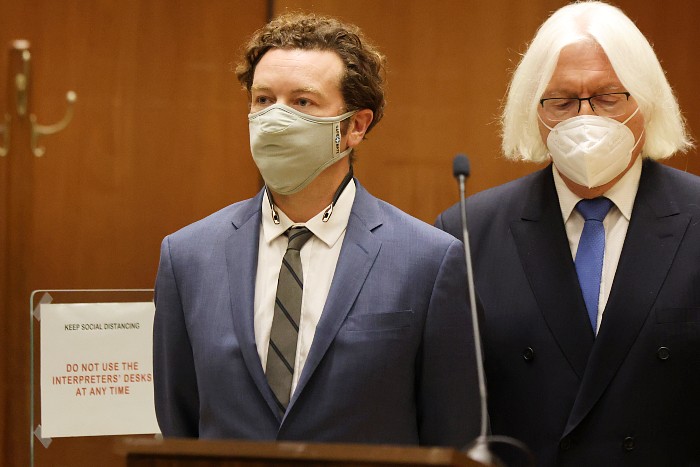 Everyone loves to overlook the seedy side of Scientology when Tom Cruise is beating Marvel with his fighter jet movie that’s a million times more of a recruitment ad than anything Kevin Feige has ever signed off on. But in the real world that Film Twitter should visit some time, Scientologists like Danny Masterson are ducking rape charges thanks to the church’s alleged connections to the LAPD and its deep coffers. The former That ’70s Show star scored a mistrial in his rape trial today. His lawyers had been requesting one from the jump, and they got what they wanted thanks to a hung jury. A retrial is set for March, but whether that actually happens is up in the air. (LA Times)

Good Morning America anchors Amy Robach and T.J. Holmes know that affairs are supposed to be secret, right? I feel like they missed that part. Really, really missed it. (Dlisted)

As some flavor to this round-up of moms who refuse to do “Elf on the Shelf” — which will be the bane of my existence for the next 25 days — a lot of evangelicals refuse to do anything involving Santa because if their kids find out they lied about ol’ Saint Nick, they’ll start to think they’re lying about God, too. I wish I was joking, but it’s hilarious how close they are to getting it. (Celebitchy)

From James: Marvel writer Peter David suffered multiple strokes and there’s a Gofundme to help cover medical costs, which wouldn’t be necessary in a civilized country. (The Beat)

Just kidding! Elon Musk loves Apple now. It was all a “misunderstanding,” you guys, and definitely not a thing he made up. (The Verge)

Denise Gough has officially confirmed rumors that Maarva’s final line in Andor was originally “F*ck the Empire,” which was changed for obvious reasons, and frankly, for the best. The season finale was rock goddamn solid that didn’t need the cheap thrill of Star Wars saying “f*ck.” And it’s one of my favorite words! (Empire)

And good for him because Reed Hastings is out here praising Elon Musk and promising to have even more Dave Chappelle specials. (Vox)

Everyone alive is too old to play JLo in a movie. (Jezebel)

Between being on the NPR Favorite Books of 2020 list and the promise of a bad mother-in-law take down, Debcapsfan expected to like You Deserve Each Other more than she did. "I just don’t believe that they would find everlasting love." Do you look forward to the end of year best of books lists? (Cannonball Read 14)