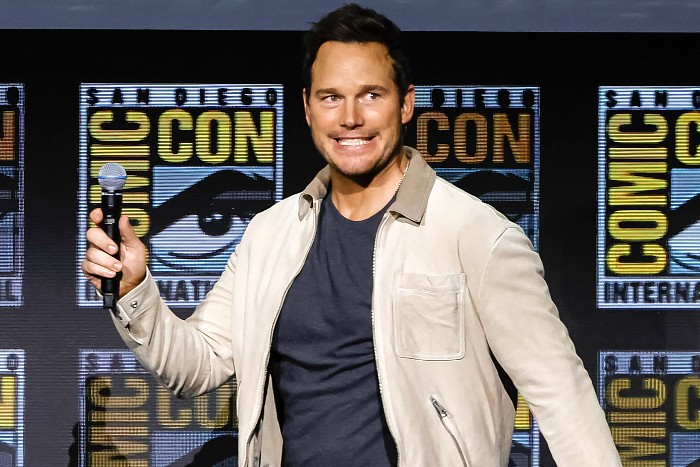 Chris Pratt Is Mocking ‘Woke Critics’ of ‘The Terminal List’ Now (Gee, Why Does Everyone Say He’s Right Wing? I Don’t Get It)

In probably his biggest dive yet into openly Christofascist waters, Chris Pratt posted an Instagram story trolling “woke critics” of his mediocre white guy porn series, The Terminal List. The guy who we’re not supposed to call the “Worst Chris” or Robert Downey Jr. will get mad posted a photo of Dr. Evil with the words “one point six BILLLLLLLLLION minutes,” which seems impressive until you learn that in Nielsen’s book it just means “at least 1.6 billion 60-second moments were actually watched.” Condolences to James at this difficult time. How do you even look your kids in the eye after something like this? My God… (New York Post)

The only pronoun joke by a non trans person I’ve actually found to be funny pic.twitter.com/nw7rvFYE6s

So are we gonna talk about how the Mission:Impossible theme is basically performed as punches in the bathroom fight scene in Fallout or nah? pic.twitter.com/CI7oqpqRHp

zero clue how this happened but Erika Christensen (Swimfan, 2002) saved my dog from drowning yesterday? There were stairs leading into the water and he got too excited and fell — great swimmer but he panicked. She said “oh I’ll get him I have my suit on” and swam and got him ☠️

Ezra Miller has been charged with felony burglary in Vermont after allegedly breaking into an unoccupied house and stealing alcohol, which at this point, is pretty tame. No one was groomed, seduced into a cult, and/or threatened at gunpoint? That’s a good day. (Variety)

If you want a cherry on top of Mar-a-Lago being raided by the FBI, Tucker Carlson is reportedly freaking out about the January 6 committee getting ahold of Alex Jones’ text messages. Sweat that sh*t, you frozen food debutante dong. (Daily Beast)

Sounds like working at LEGO is as fun as you’d imagine. (The Cut)

NoNeinNyet picked up Julie Murphy’s retelling of Cinderella for adults, If the Shoe Fits. "The tone of the book remains light but deals with how the world of entertainment treats plus sized women and how reality television is…almost entirely manipulated." What do you look for in a reality show? (Cannonball Read 14)

We should’ve seen this coming. pic.twitter.com/BXzTUl3yQp

← 5 Shows After Dark: 'Better Call Saul' on AMC, 'In the Dark' on The CW | Not Everything Is a Witch Hunt, Donald Trump →