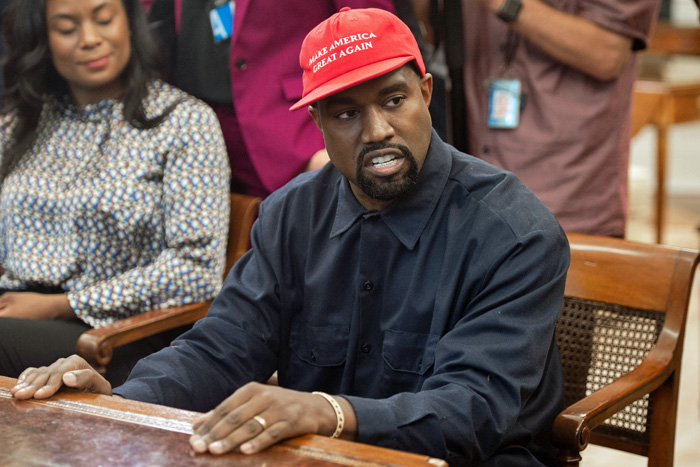 Kanye West is polling at 2%, and if his presidential run was actually real — which it’s not — it’s looking more like he’d peel votes from Trump instead of Biden. (Dlisted)

Meanwhile, Chance the Rapper suggested Kanye would make a better president than Biden then immediately walked it back as all of Twitter roasted him. (Lainey Gossip)

Ted Cruz was an absolute dick and didn’t wear a mask during a recent flight. (Celebitchy)

The NFL actually thinks mouth shields will keep players from getting infected during a full-contact sport. OK… (The Root)

After reading endless takes, I finally dug into The Letter myself and I was shocked. pic.twitter.com/Y1lbZd3OYB

If you’re wondering why Donald Trump is going so buck wild on schools reopening, he thinks it will help his re-election chances despite the fact that even Republicans are surprisingly split on cramming kids back into a hotbox of pestilence. (The Daily Beast)

And to drive that last point home, here’s a story about a Trump-supporting BBQ owner kicking a customer out of his restaurant for flashing a goddamn gun when asked to wear a mask. (Kansas City Star)

On top of battling the pandemic and a brain-f*cked president who wants to pretend it doesn’t exist, the CDC is also waging an internal war on a “toxic culture of racial aggressions.” Because 2020 is all about adding that extra kick in the teeth. (NPR)

At some point trump will probably say how school shootings will be harder if the kids are 6 feet apart and so hes actually made them safer https://t.co/F2A41EUBTM

Warren Ellis’ accusers have banded together in an effort to push for transformative justice as the list of alleged victims has now grown past 100 women. (io9)

The Batman is getting its own spinoff show on HBO Max that’s starting to sound a whole lot like Gotham, so let’s hope it’s not that. (AV Club)

And, of course, Meghan McCain thinks the Tucker Carlson writer being fired for racism is cancel culture run amok. She could’ve just phoned that one in. (Raw Story)

Alix E. Harrow’s The Ten Thousand Doors of January is becoming a Cannonball Read favorite. Amanda says, "this is a story about the power of words, of finding your place, of seeing new things. It contains fully fleshed characters, simple kindness, a very good dog, darkly evil deeds, and at least one vampire." Have you read this one yet? (Cannonball Read 12)

We don’t deserve them.