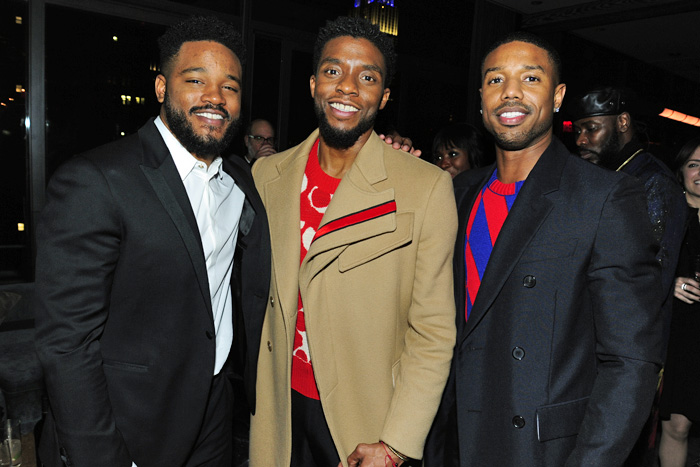 Black Panther director Ryan Coogler penned a touching and heartbreaking statement on Chadwick Boseman’s death. He also confirmed that he had no idea about Boseman’s secret battle with cancer, which should hopefully put a stop to speculation about the actor’s screen time in Infinity War and Endgame along with the status of Black Panther 2. The man’s body is still warm. (THR)

Brian Austin Green is still holding out hope that he’ll get back together with Megan Fox who has no comment. Oof. (Dlisted)

Caitlyn Jenner is problematic as hell, but every once in a while, she says what needs to be said about trans issues like her recent thoughts on trans athletes. (Celebitchy)

Black Panther’s impact on Black kids worldwide and on my son in particular is immeasurable. It came out on his seventh birthday, he’s seen it at least 20 times and he’s currently inconsolable. He told CBS back then “they look like me”. #ChadwickForever pic.twitter.com/e7bXGTTnXB

Call it a hunch, but I think Van Jones is Aaron Burr. (The Root)

Roxana went long for RogerEbert.com on High Flying Bird, the NBA strikes, the history of segregation in professional basketball and the galvanizing nature of the Black Power protest at the 1968 Olympics, and the need for labor resistance to fight back against our bleak reality. (RogerEbert.com)

From Kayleigh: Do you, like me, spend way too much time thinking about Quibi? Did you know that Jeffrey Katzenberg has another bite-sized internet videos start-up that exploded in a fiery money pit?! (Fast Company)

Every once in a while I’m a sucker for these type of schmaltzy stories against my better judgment, but this refreshingly feel-good story about protecting 19 infants in a NICU during Hurricane Laura got me in the feels. (PennLive)

It’s not every day that St. Jude gets a visit from an Avenger! Thank you @ChadwickBoseman for stopping by to bring joy to our patients and learn more about our lifesaving mission! ❤ 🎉 pic.twitter.com/7RwPO7qgPD

Top Chef favorite Nina Compton is profiled by Helen Rosner in The New Yorker, and Nina talks about the particular difficulties of running a restaurant in New Orleans during a pandemic. (New Yorker)

Is Lindsey Graham using QAnon to further the Right’s war on social media? What do you think? (Wonkette)

After she picked it up for Black History Month, Bea Pants reviewed and strongly recommended N. K. Jemisin’s anthology of stories, How Long ‘til Black Future Month. "A lot of folks have been buying up non-fiction authors and that’s definitely positive (as long as they’re actually reading them) but black fiction should absolutely not be overlooked." Which Black fiction writers would you recommend? (Cannonball Read 12)

MY BABY BOY AND THE AVENGERS HOLDING A MEMORIAL FOR BLACK PANTHER❤💪🏾#Wakanda4Ever pic.twitter.com/nYAnER23Ig