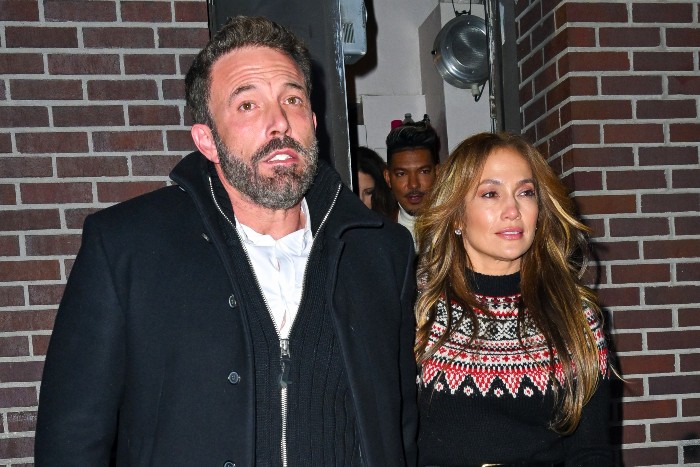 There’s really no easy way to say this, so I’m just going to come right out with it: Ben Affleck went to Starbucks instead of Dunkin. At this time, our thoughts and prayers go out to all of New England as it begins the wickid long process of disowning their golden prince who probably hates the Pats now, too, you fackin’ traitah. (Page Six)

From Kayleigh: Roxane Gay writes about The Whale. (NYT)

And, also, from Kayleigh: Winston Duke crushing a papaya with his legendary thighs, anyone? (Instagram)

While making it clear that Superman is a “high priority” for DC Studios and debunking rumors that he doesn’t like Henry Cavill, James Gunn notably did not confirm that he’s coming back. (THR)

If Marjorie Taylor Greene was doing January 6, she would’ve been armed and she would’ve “won.” Is treason just not a thing we prosecute for anymore? Goddamn. (Rolling Stone)

From Roxana: The effects that the Depp/Heard trial have had on the worst parts of the Internet are so bleak. (NBC News)

Disney+ with ads isn’t a very good deal. (The Verge)

If you have racist relatives pitching a fit on Facebook because Brittney Griner came home but Paul Whelan did not, kindly let them that they’re favorite butt-lord president didn’t lift a finger to help when Whelan was captured on his watch. (Mediaite)

Bill Hader is quietly dating his way through Hollywood. (Jezebel)

From Andrew: Couldn’t think of a better place to share this wonderfulness: