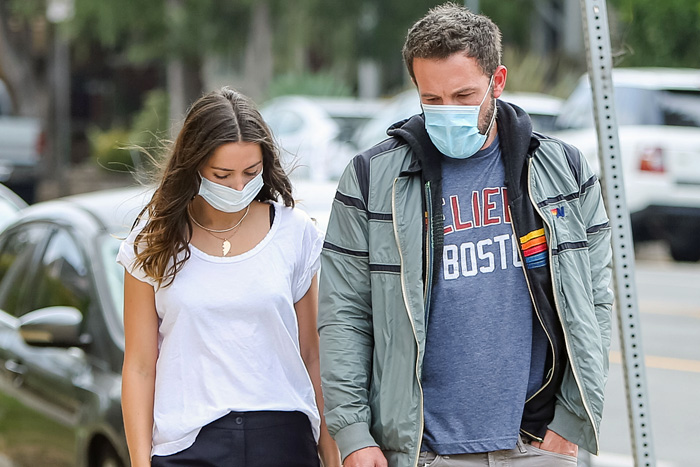 Ben Affleck and Ana De Armas Might Get Back Together Soon

Ben Affleck and Ana De Armas’ friends think they might get back together. (Lainey Gossip)

But I’m assuming those friends haven’t scoped out Ben lately because, uh, none of this looks good. No snark, I have concerns. (Daily Mail)

The dude who played Rory’s dad on Gilmore Girls is apparently a dick. (Dlisted)

From Steven: I mean, cue some Ian Malcolm GIFs…

Biden’s plan in the first 100 days: Stimulus Checks, COVID-19 relief, and fixing the damage done by Trump. (The Root)

Kim Kardashian might be trying to trick Kanye into filing for divorce first. Has she tried calling him on the phone and pretending to be Trump? She probably won’t even have to disguise her voice. (Celebitchy)

From Dustin: “A number of writers on late-night shows talked about what it was like writing jokes during the Trump era. It’s intense in parts, and not all of them seemed to be on the same page as the hosts.” (Vulture)

Hugh Grant retweeting Elizabeth Hurley is a moment, and wait, holy shit. She was for Brexit?! That one went completely past my radar. (Jezebel)

Because the internet was a mistake, one of the smug dickbats from Chapo Traphouse wrote a Jacobin article that literally says QAnon is “correct about a lot of things.” Welcome to the exact moment horseshoe politics became a flat circle. (Tom Hilton)

New Cannonballer wicherwill was thrilled to discover she can review fanfiction for CBR13. After reviewing a less than satisfactory Star Wars book, she dove into some Star Wars fanfic that made her happier, (won’t you let me) walk you home from school by somethingdifferent. "To be honest this is really just an excuse to write a screed on fanfic and loosen the gates, so to speak." Do you read fanfiction? Which fandoms? (Cannonball Read 13)

← Renewal News: 'Saved by the Bell' and 2 More Series Get Green Light | Trumpdates: Done and Dusted →