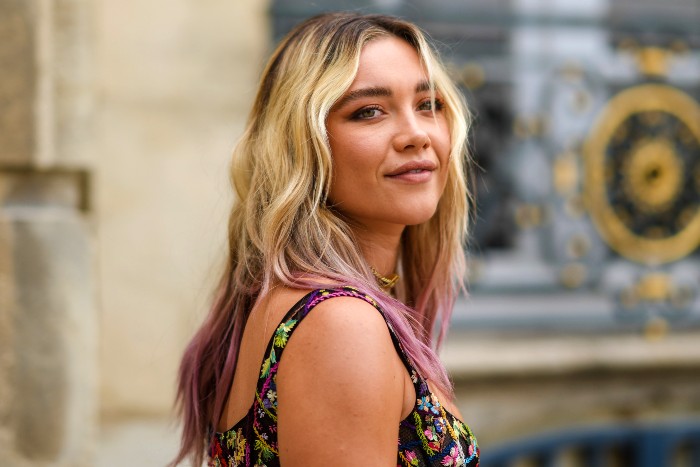 Florence Pugh and Will Poulter Just Set the Internet on Fire

Photos of Florence Pugh and Will Poulter hitting the beach in Ibiza absolutely melted social media today, and of course, the big question is did she finally ditch Zach Braff. According to the not always scrupulous Daily Mail, who could’ve easily played off this as more than it is, Pugh and Poulter were reportedly at a mutual friend’s birthday party while Braff stayed back home in Los Angeles. And that very well could be the case! However, I remember being that young, and when the two of them are by themselves in the last couple of photos… Well, I guess we’ll find out if Zach is the jealous type. (Daily Mail)

Duchess Kate is apparently not thrilled that the Sussexes are coming to whatever the heck a Jubbly is. I’m going with bean festival. (Celebitchy)

Ah! So honored. Thank you @time and thank you @KingJames! #TIME100 https://t.co/nsbOfPkQrg

From Kayleigh: She supported Johnny Depp. Then she changed her mind. “The scariest thing about it was that it didn’t feel like I was falling for propaganda at all. I didn’t feel like I was being manipulated, though of course I was. I was simply going along with what the whole world was thinking, and there was no other side to the story — which, of course, should have been the clearest sign that it was propaganda.” (Embedded)

From James: Dawn of the Seven — Official Trailer. (YouTube)

From Claude: A pretty good piece about not putting creators on pedestals: No, Taika Waititi will not save us. (Popverse)

Lucasfilm apparently can learn from its mistakes because it fully prepped Moses Ingram that racist Star Wars fans are going to be the worst. (The Independent)

Finn Wolfhard somehow guessed the premise for the first Stranger Things spinoff despite the Duffer Brothers telling absolutely no one about it. (Variety)

Sabian30 rereads Peter O’Donnell’s Modesty Blaise series every couple of years. The series is delightfully pulpy, "the climax usually involves Modesty in some hand-to-hand combat with the head bad guy or his highly trained and deadly representative." Is there a series you find highly rereadable? (Cannonball Read 14)

Brother/Sister duo Kabeho and Mubyeyi love to wrestle! We would like to get some of their energy this morning to get us through this Monday! #gorillas #mountaingorillas #conservation