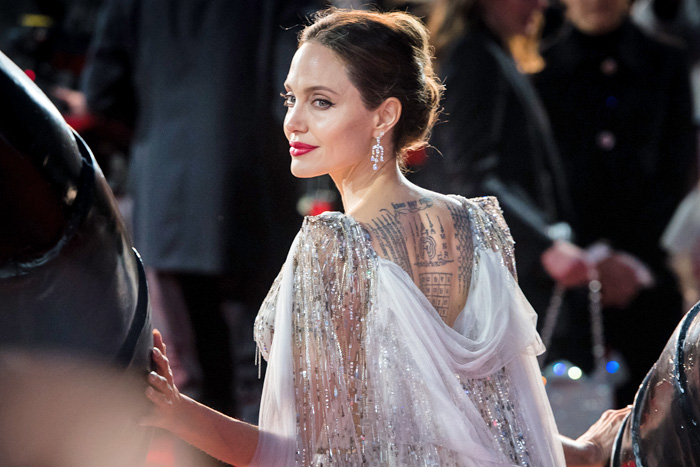 Angelina Jolie and Jonny Lee Miller Might Be a Thing Again

First off, thank you, Hannah, for the heads up on this one. As the summer of everybody getting vaxxed and boning like crazy continues, Angelina Jolie was reportedly spotted leaving the apartment of her old flame Jonny Lee Miller. And if you’re old enough to remember when those two were together, what’s your favorite flavor of Geritol? Mine’s grape. (Page Six)

So here’s a not-at-all-confusing explainer about why everyone thought Amy Schumer won a Monster Energy Drink mini-fridge at a truck stop the other day. (Dlisted)

Dr. Jill Biden and Kate Middleton held a press conference about early childhood education, so naturally, someone asked if Kate has met her new niece yet. (Celebitchy)

Roxana wrote about the streaming platform Another Gaze’s free film series, “For a Free Palestine: Films by Palestinian Women.” All films are available online through June 18, and Roxana recommended her picks for The Spool. (The Spool)

From Genevieve: A lot of people heard about the guy who was swallowed by the whale, but what’s really noteworthy is this same guy SURVIVED A PLANE CRASH ten years ago, as mentioned way at the end of this article. (Cape Cod Times)

I cannot explain how important it is that the Pulitzer Prize Committee awarded its Special Citation to Darnella Frazier for the video she took of George Floyd’s death at the hands of the murderer Derek Chauvin. https://t.co/y0s1PXfJSd

For the sake of our vulnerable and fried society, Brian Grubb is simply asking that streaming services start releasing their individual episodes at a reasonable hour. (Uproxx)

The behind-the-scenes drama and inflating budgets that sunk Jupiter’s Legacy practically one day before it inexplicably topped the Nielsen’s chart. (THR)

Please feel free to staple this to the forehead of every family member or acquaintance you have who won’t shut up about how Trump’s attempted coup is no big deal because BLM burnt down cities, or some dumb shit: “The Black Lives Matter uprisings were remarkably nonviolent. When there was violence, very often police or counterprotesters were reportedly directing it at the protesters.” (Harvard Radcliffe Institute)

When Cannonballer Is butter a carb? picked up Legendary Children by Tom Fitzgerald and Lorenzo Marquez (Tom + Lorenzo), she hoped to have a guide to RuPaul’s Drag Race. While she did get background on the show, it was more a history of drag and pointed her to more media. "One example is the youtube video of Tandi Iman Dupree making one of the most epic entrances to a drag performance ever." How much do you know about current drag stars? (Cannonball Read 13)

I invented the Cob Quicky™️, hands down the fastest way to butter your corn on the cob this summer. pic.twitter.com/8TBXS2fkBh