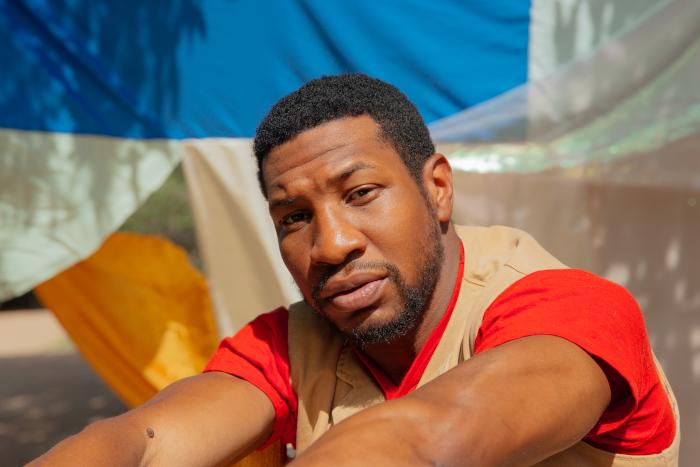 Pajiba 10 For Your Consideration: Jonathan Majors

There’s a multitude of reasons why anyone should consider putting actor Jonathan Majors on their Pajiba 10 list. But before I begin crafting a thoughtful meditation on the myriad qualities that make up his charm and mystique, let me get the shallow stuff out of the way first:

Jonathan Majors earns an #Emmys nomination for Outstanding Lead Actor in a Drama Series for his role in HBO’s ‘Lovecraft Country’! pic.twitter.com/3VrVxcTt1k

“People say he’s the new Denzel, as if there can only be one great Black actor" For the October issue of GQ, Jonathan Majors opens up about #Da5Bloods, #LovecraftCountry, and channeling his gifts to bring to life untold epics of Black America. photos by @Sheekswinsalways. pic.twitter.com/jBFm5Rgx4h

The next GQ cover star: Jonathan Majors, one of Hollywood’s most exciting and most charismatic new breakout leading men https://t.co/HT673hcJgp pic.twitter.com/SHSprA9Ywh

And I just know pic.twitter.com/V7TlHb0ubU

Jonathan Majors is so fine! Sir, if you ever see this tweet please hit me up because you are a beauty pic.twitter.com/19hzXbnxUJ

Now that’s settled, let’s talk about the man himself. After making a splash on the scene with the achingly lovely 2019 independent film, The Last Black Man in San Francisco, Majors became known on a national scale in the high-profile HBO horror drama, Lovecraft Country. As Atticus Freeman, Majors portrayed a multi-faceted reluctant hero, flowing smoothly between being a shy, sweet, slightly nerdy hunk to a haunted veteran with a dark past. To the shock of many, the series was canceled after one season, but of the many questions that followed the unexpected announcement, one of the few things that seemed certain was Majors’ continued success. He had a stirring turn in the acclaimed Spike Lee war drama, Da 5 Bloods, followed—quite out of the blue—by a pivotal role in Loki as He Who Remains, widely considered to be the forthcoming MCU villain, Kang. Count me as one of those who was fully unprepared for someone the likes of Majors to join the MCU, yet wholeheartedly welcomes his presence. Though He Who Remains has relatively little screen time over the course of the Disney+ series (the latter half of a single episode), his impact was substantial, owing mostly to the comedic verve Majors brought to the role. We know he can do ‘hot hunk’ with ease, but he’s funny, too? It’s unfair at this point, really.

There’s more at work here than just those abs and that insane shoulder-to-waist ratio. It’s a rare balance of traits that are usually posed as opposites residing in one single person: a confidently aware masculinity paired with vulnerable sensitivity; those dark brown eyes full of play that also seem to see right through you; a pondering intellectual who’s freely capable of being a loveable goofball. He defies categorization (aside from “hot,” of course) and it seems to be very much working in his favor, as his busy schedule can attest. His most recent work is the Black western The Harder They Fall, and we’ll be seeing him sorta kinda reprise his Loki role in Ant-Man and the Wasp: Quantumania, due out in 2023, as well as another war drama, Devotion, opposite Joe Jonas, expected sometime this coming year. We’re certain to see more of this brilliant young actor in between all of these major projects, but for now, I’ll make do with simply looking at him.

Kaleena Rivera is the TV Editor for Pajiba. When she isn’t thinking about rewatching The Harder They Fall just to see Majors in that hat again, she can be found on Twitter here.