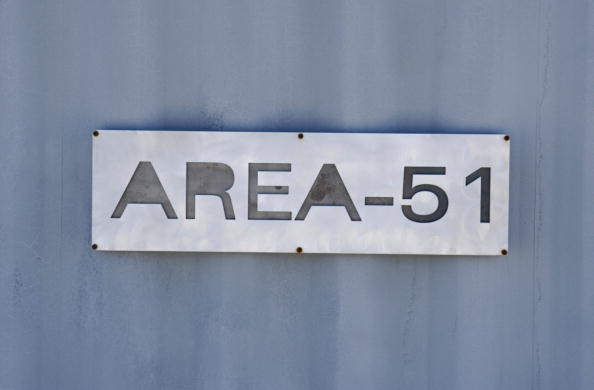 UFO Sightings Get the '60 Minutes' Treatment

One thing about the Trump era is that I think we’ve all become a little more open to conspiracy. A lot of that has to do with rampant disinformation, but part of that also has to do with the fact that some of those conspiracies turned out to be true. I’m not talking about QAnon or Pizzagate, but, you know, our former President did try and bribe a foreign government to produce nonexistent evidence against our current President during their campaign. Oh, also, that same former President tried to orchestrate an insurrection of Congress and overturn an election. A lot of stuff happened over that four-year period that would have sounded unimaginable seven or eight years ago (including the election of Donald Trump itself), so when 60 Minutes runs a segment on the existence of UFOs, the least we can say is that we’re more open to the possibility of crazy sh*t happening.

I don’t think there’s really anything in this segment, however, that we haven’t heard about. Stories like these UFO sightings by military folk have gained sporadic coverage over the years before being shrugged away. It’s somewhat different, however, when you collect several of these incidents into one 13-minute segment that includes interviews with eye-witnesses who have fancy titles and in some cases, where multiple people with fancy titles can corroborate the accounts of each other.

I want to be clear here, however, and also add that while the Trump era made us more open to strange possibilities, it also made us more susceptible to conspiracy. It also diminished the value of those fancy titles — I mean, Donald Trump’s title was “President of the United States,” and he didn’t know sh*t about sh*t. There are some accounts in this package of people witnessing some strange phenomena that are corroborated by radar evidence, but also, that radar evidence sometimes looks like maybe an insect flew in front of the instruments. Also, I wouldn’t buy a used car from the guy most featured in this report.

The point is, I believe that life on other planets is possible. I don’t know why they’d want to come here, though, or even if it is possible, but I am not dismissing it. Then again, why in God’s name would a spacecraft from another planet want to make a trip all the way to Earth to buzz around for a few minutes and vamoose? If you have the technology to fly all the way to Earth, you probably have the technology to spy on us from a distance, so why make the trip?

I don’t find this a particularly insightful report, and again, it sort of repackages information that’s already been made public. It is notable that it’s airing on 60 Minutes and not something we only see in The Daily Mail, which may be a reflection of how serious we should take it, or it may be a reflection of how desperate the mainstream media is now to generate interest in the news post-Trump.

Cool. Did I both sides UFO sightings well enough?

← Box Office Report: 'Spiral' Beats 'Those Who Wish Me Dead' | A New 'Sweet Tooth' Trailer Invites Us Into a World Like No Other →