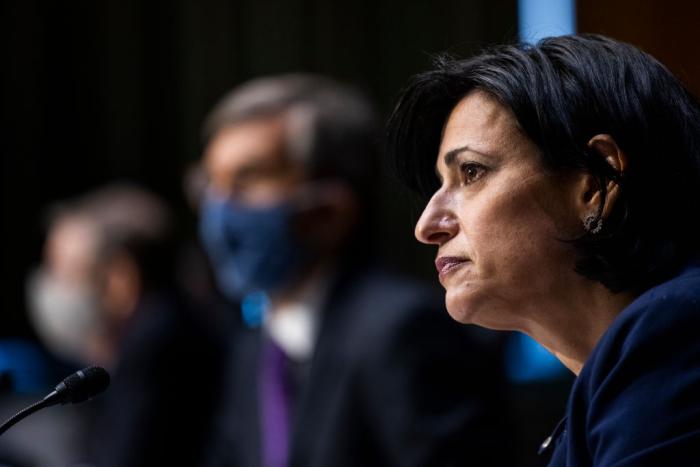 On Tuesday the New York Times published a piece discussing the CDC’s potentially misleading statement that “less than ten percent” of Covid-19 transmission occurred outdoors. Dr. Rochelle Walensky told reporters that it was safe to be unmasked outdoors so long as you were vaccinated, but that the unvaccinated population, including children, should continue to mask up outside if they were unable to social distance. This is in line with much of their advice over the course of this pandemic, but new evidence has emerged that the outdoor risk is potentially much lower than previously released. How much lower? Potentially by a factor of 100.

Some infectious disease experts believe the risk of Covid-19 transmission during normal outdoor activities — running in a park or walking down the street to your favorite restaurant — is less than 0.1%. Because the volume of available air is so massive and constantly moving, any viral particles are such a low density as to be almost nonexistent. This doesn’t hold true for large outdoor venues; stick 10,000 people in front of the Foo Fighters and viral transmission becomes much more likely. But it appears that outdoor transmission occurs much more rarely than we’ve perhaps been led to believe. A number of the studies that aggregate “outdoor” infections include construction sites, specifically in Singapore. The studies tracked the infections of workers in unfinished buildings, but who were still enclosed by the concrete structure. They were also congregating closely outdoors to beat the heat. If you stick a hundred people inside a concrete shell it’s obviously very different than a dozen people standing in a field. So while outdoor transmission is indeed less than 10%, it’s so much less that even using such a figure is misleading.

How much does the discrepancy matter? Great question. On the one hand, politicians argue that the standards pushed by the CDC are overly burdensome — such as requiring masks at outdoor camps and on fishing boats — and that the confusion makes frustrated citizens less likely to follow standards at all.

On the other hand, people are often forgetful. I don’t even mean it as an insult; it took me 3 months of missed doses before I’d taken my latest prescription often enough for it to become habit. Requiring people to put on a mask as soon as they exit their car and leave it on until they get back in it has the distinct advantage of repetition. People get used to it more quickly. They’re more likely to put it on out of instinct. And let’s be honest; most of the folks who moan about masks aren’t going to willingly put one on regardless of whether or not it’s strictly an indoor requirement. So it’s difficult to say how much easing current standards would help.

That said, summer is coming (suck it, Night King). People want to spend more time outdoors, and given the much lower risk of outdoor transmission, it may be that those of us with functional immune systems are safe to do so without having to mask up. Again, this is when the population density is low. I still wouldn’t crowd-surf at an outdoor concert any more than I’d have hopped into bed with a stranger without putting on a condom back when I was single. There’s a balancing act here that people need to use their common sense and own personal circumstances to navigate, and the CDC can help by providing accurate information. One thing’s for sure: Republican politicians who accuse the National Institutes of Health of conspiring with the Chinese government to create “supercharged” viruses don’t help. Looking your way, Rand Paul.

← Tom Cruise Told Seth Rogen That Louis Farrakhan Is 'Great' | The Creep, the Thief, His Wife, and Her Lover →