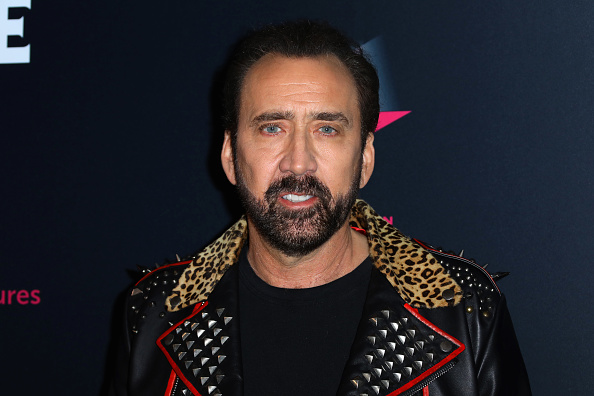 The Armorer on the Set of 'Rust' Also Nearly Blew Nicolas Cage's '#!$ing Eardrums Out'

The investigation into the death of Halyna Hutchins on the set of Rust now seems to be converging around two people, the assistant director David Halls — who announced that the gun used by Alec Baldwin was “cold” without doing the appropriate checks — and the young, inexperienced armorer, Hannah Gutierrez-Reed, hired only after a more experienced armorer turned down the gig because of all the “red flags” surrounding the production.

The more veteran armorer, Neal W. Zoromski, wasn’t wrong about the “massive red flags,” because as we have since learned, hours before the accidental shooting several camera crew members walked off the set because of working conditions. There were also at least two accidental discharges of prop guns before Hutchins was killed.

As for Hannah Gutierrez-Reed, the 24-year-old put in charge of the weapons, she claimed in an affidavit that no live rounds were kept on set and that she checked the “dummies” in the prop gun and confirmed there were no hot rounds. That clearly turned out not to be true, as police say a live bullet was pulled from the shoulder of director Joel Souza, who was also injured in the incident (there are reports that some crew members were shooting live rounds during target practice before all of this happened, and that there were in fact live rounds on set).

In addition to admitting herself on a podcast months ago that she might have been in over her skis, Hannah Gutierrez-Reed — the daughter of veteran armorer Thell Reed — received numerous complaints on the set of the first film where she served as head armorer, Brett Donowho’s The Old Way starring Nicolas Cage. In that film, Cage played an aging gunslinger, and in addition to the “numerous complaints,” Hannah Gutierrez-Reed also encountered the wrath of Cage himself. From The Wrap:

Stu Brumbaugh, who served as key grip on the Cage Western The Old Way this summer, told The Wrap that Gutierrez-Reed upset both Cage and other crew members on the Montana production by failing to follow basic gun safety protocols like announcing the arrival and usage of weapons onto the set.

After firing a gun near the cast and crew for a second time in three days without warning, Brumbaugh said that Cage yelled at her, “Make an announcement, you just blew my f—ing eardrums out!” before walking off set in a rage. “I told the AD, ‘She needs to be let go,’” Brumbaugh, adding, ‘After the second round I was pissed off. We were moving too fast. She’s a rookie.’”

In addition to nearly blowing out Cage’s eardrum, there were complaints on the set that Gutierrez-Reed “put the cast and crew in several unnecessary and dangerous situations,” that she had “walked onto the set with live rounds of blanks and no public announcement to the cast and crew,” and that “she tucked pistols under her armpits and carried rifles in each hand that were ready to be used in a scene [and] firearms were aimed at people.” She also allegedly “twice fired guns on the set without giving any warning to the cast and crew, as required.”

Her inexperience and carelessness on the set of Rust may have ultimately resulted in the death of Hutchins. Meanwhile, the industry is rethinking gun safety on the set of films, with some productions already deciding to ban the use of live guns. Hopefully, something good can come out of this otherwise senseless and avoidable tragedy.