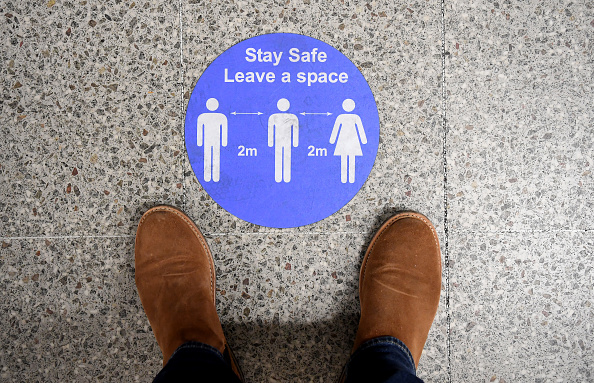 Social Distancing Works! But It's Much Easier in Some Places Than Others

Good morning. It is Monday, April 27th. It is One month and 16 days since Tom and Rita Day. Six weeks, y’all. Can you believe it? Six weeks? The world has changed exponentially over the last six weeks, but I bet for most of you that if you looked out your window right now, it doesn’t look any different than it did six weeks ago. (My view is of an assisted living facility that I honestly never gave much regard to before, but now I fear it’s a ticking timebomb).

I don’t have a thesis this morning. The news cycle beyond the increasingly irrelevant Trump has become most fascinated with states that are re-opening early. Meanwhile, Bret Stephens had a very dumb, very tone-deaf op-ed in the Times yesterday about how we shouldn’t treat every city in the country like New York City, and it contained this whopper of a sentence:

It isn’t hard to guess why. New York has, by far, the highest population density in the U.S. among cities of 100,000 or more. Commuters crowd trains, office workers crowd elevators, diners crowd restaurants. No other American city has the same kind of jammed pedestrian life as New York — Times Square alone gets 40 million visitors a year — or as many residents packed into high-rises. The city even has a neighborhood called Corona, which, it turns out, has among the highest rates of coronavirus infections. (Italics mine)

Twitter rightfully jumped down his throat yesterday for the piece, but he’s not entirely wrong about population density. There’s another piece this morning by actual experts instead of a guy who will call your manager if you call him a bedbug about the role of population density. It’s mostly common sense: The more dense the population, the higher the infection rate, but also, these experts believe that the higher viral load that comes with extended, close proximity can also lead to higher death rates.

I keep thinking about Houston, Texas, the fourth largest city in the United States, situated in Harris County, which has 4.7 million people. One time, I took a bus from Austin to Houston, and then took a cab from the bus station to the airport. I figured, at most, it’d be a $25 cab fare. It was like $150, and it took an hour, and it wasn’t because of traffic. It’s because Houston is a massive, spread out city. There are 93 deaths from the virus in Houston, so far. Compare that to more densely populated cities like New York, Detroit, and Chicago. Hell, we have 50 deaths in Maine, and we have one-quarter of the population of that single county in Texas.

Where are we seeing the most severe outbreaks? In densely populated neighborhoods, in prisons, in nursing homes, in homeless shelters, in pork-and-chicken processing plants. In places where people are crammed together. (Did you see that piece yesterday? A staggering 96 percent of prison inmates who tested positive are asymptomatic) How do we combat that? We social distance. Until there is a vaccine or a treatment, social distancing is all we have, but the problem is, it’s much easier to social distance in Houston than it is in Chicago. You can’t social distance on public transportation — have you seen the number infected among NY transportation workers? It’s heartbreaking — and yet, you can’t operate a city like Chicago, New York, or Boston without public transportation.

Testing and contact tracing will help, and in Boston and New York City, they are preparing for it, hiring hundreds of contact tracers and using local resources — private labs, universities, etc. — to expand testing. Meanwhile, Boston is trying to figure out how to operate the T with social distancing. I am confident that cities like NYC, Chicago, and Boston will manage this crisis well. I am less optimistic about Atlanta, where the Governor doesn’t even seem interested in figuring it out.

In the meantime, no matter what city or rural area you live in, stay inside as much as you can, wear a mask, and keep your distance, until public health officials figure this out. We may have to live with the virus for a good long while, which may mean taking calculated risks. It’s important to know, however, what those calculations are.

← A Very Cavallari Divorce | Are Amy Poehler And Will Arnett Back Together? →