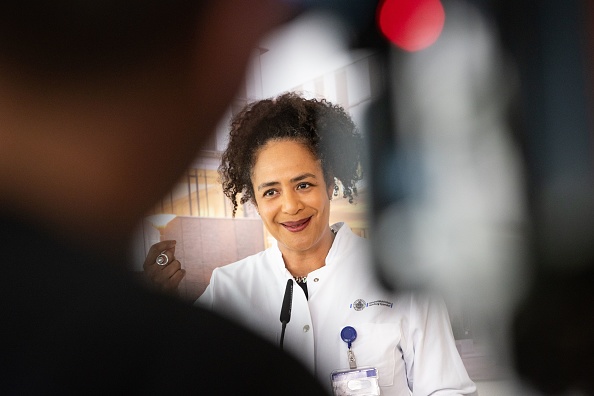 We Remain, as Always, Cautiously Optimistic, But At Least There's a Rare Cause for Optimism Today

There are currently more than 70 potential coronavirus vaccines in the works. Four are currently in human trials. Some are even ramping up production in anticipation of manufacturing millions — or billions — of doses. One vaccine being worked on by a UK/Italy team may be ready by the fall, though most experts caution that a vaccine is unlikely to be ready for another 12-18 months.

In the meantime, we have to rely on social distancing efforts to keep the infection rates down while we await a possible treatment. Numerous drugs are currently undergoing clinical trials and so far all we really know is that hydroxychloroquine is not useful; in fact, it may be very harmful (for example, Rita Wilson experienced extreme side effects while on the medication).

One treatment, however, has shown promise, and that is remdesivir. Last week, in a very small study of just 53 patients, two-thirds of the patients — all of whom were severe cases — displayed clinical benefits. There are also massive worldwide clinical studies of remdesivir currently being undertaken on patients with varying levels of illness.

Yesterday, initial results out of the University of Chicago Medicine were leaked to Statnews (a health-oriented news website launched by the owner of the Boston Globe).

The University of Chicago Medicine recruited 125 people with Covid-19 into Gilead’s two Phase 3 clinical trials. Of those people, 113 had severe disease. All the patients have been treated with daily infusions of remdesivir.

“The best news is that most of our patients have already been discharged, which is great. We’ve only had two patients perish,” said Kathleen Mullane, the University of Chicago infectious disease specialist overseeing the remdesivir studies for the hospital.

Her comments were made this week during a video discussion about the trial results with other University of Chicago faculty members. The discussion was recorded and STAT obtained a copy of the video.

Mullane has confirmed the authenticity of the recording, but she would not comment further. Gilead — the manufacturer of remdesivir, has likewise offered no comment, beyond the fact that they look forward to results from the entire study, which are expected by the end of the month.

Asked about the data, Eric Topol, director of the Scripps Research Translational Institute, described them as “encouraging.”

“The severely hit patients are at such high-risk of fatality. So if it’s true that many of the 113 patients were in this category and were discharged, it’s another positive signal that the drug has efficacy,” he said, adding that it will be important to see more data from randomized controlled studies.

In pre-market trading, shares of Gilead — the manufacturer for the drug — have shot way up, and the stock market as a whole has been buoyed by the potential good news.

We remain cautiously optimistic as we await results from randomized controlled studies to ascertain whether it was actually the drug that worked on patients in Chicago or if it was dumb luck. Moreover, even if the results pan out and remdesivir is proven to be effective, there’s a question about how much of the drug can be produced by Gilead, the California drug company that also produces Tamiflu.