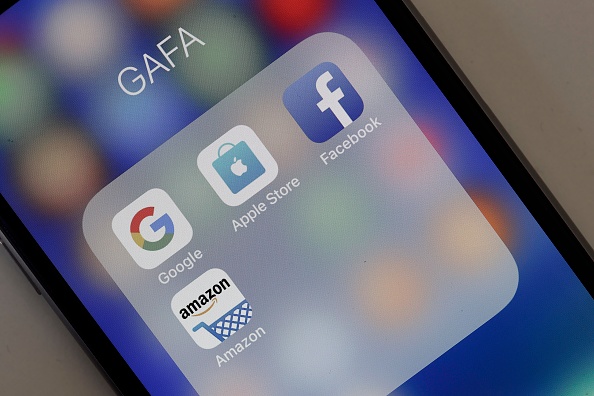 Contact Tracing? There's An App for That (Or Soon Will Be, Thanks to Google and Apple)

I love a good success story, so much so that I have probably read about Jay Inslee’s success in flattening the curve out in Washington a dozen times. I get a little dopamine high every time. Ohio is doing well, too. So is California. I think here in Maine we’re also doing very well (today, we had more recoveries than new infections!).

But all this curve flattening will do us no good if we can’t succeed in Phase 2 of this plan. Trump wants to jump straight into Phase 2 on May 1st because he thinks it’ll be good for his reelection chances, but if everything goes to hell, as all the medical experts believe if we open back up too soon, then Trump’s reelection chances are shot anyway. Also, governors aren’t going to open up on May 1st. Period. Except for maybe Ron DeSantis, because it’ll be just like DeSantis to experiment with herd immunity in the second oldest state in the country.

Save for the model where we remain under lockdown for 18 months, most of the models still look pretty dire (and the model where we’re under lockdown for 18 months is dire for reasons different than the virus). A lot of us have also not wrapped our brains around the fact that 40 to 70 percent of the population will almost certainly contract the virus at some point; the goal is not to halt the spread completely — because that’s not possible — it’s to keep the infection rate low enough that we are infected at a slower pace so that hospitals will have enough resources to give us all the necessary attention. I mean, assuming you aren’t Black or Hispanic or haven’t lost your health insurance, which will be most of us in about 2 months.

Ultimately, deciding on how to re-open up after we flatten the curve will be a lot like choosing a President: We gotta go with the lesser of two evils, and right now, a spy state feels like voting for Biden. And good news! Google and Apple are hard at work developing the very app necessary to make it possible. They’re working — together even! — on an app that will do a lot of the necessary contact tracing for us. It should be ready to roll out around mid-May so that everyone can have the app on their phone. If someone tests positive, everyone that person has been within six feet of in the previous several days will be alerted and asked to act accordingly. It’s all done through Bluetooth technology.

The good news is, it won’t actually reveal any location data or any personally identifying information. The bad news is: If someone who tested positive drives by you on the freeway but comes within six feet of you, you might be alerted if that person tests positive. Or if someone on the floor above you comes within six feet above you and later tests positive, you may also be alerted.

It’s not ideal — and humans will still need to do much of the necessary legwork for contact tracing to be successful — but it will provide humans with a powerful head start. But at what cost? Again, the alternative is another 12-18 months of lockdown or, from what I understand, the ability to test the entire United States population once every two weeks. Given the way things are going now, that doesn’t seem plausible, especially since our President continues to insist that testing on a mass scale like that is unnecessary.

These apps do already exist in places like China — where they feel strangely comforted by them — and Singapore, although in the latter case, the government is having problems making everyone download the app. They need 75 percent of the population to download it for it to be effective, but only one in six, so far, have done so. The technology is double-edged. We’re probably going to need this app, and several other technological advances (all with double edges) if we hope to pull out of this. The good news is: While 40-70 percent of the population may all ultimately end up getting the virus, based on an antibody study in Germany, there may be as many as 15 percent of us who have already had it and didn’t know it.


← I Mean, It's a Little Weird that Bruce Willis is Quarantining with His Ex-Wife, Demi Moore, Right? | Review: Hopelessly Uninspired 'Like A Boss' Unlikely to Entertain →