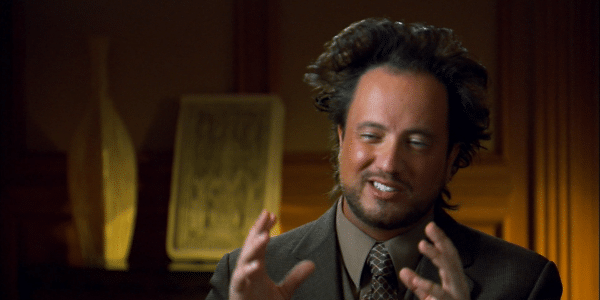 Have you heard about the Facebook Event called “Storm Area 51, They Can’t Stop All Of Us”? Over 1.6 million people have clicked the “Going” button while an additional 1.2 million are merely interested in attending. Hosted by Sh*tposting cause I’m in shambles, SmyleeKun, and The Hidden Sound, the event page popped up in July and includes a link to a webpage for the proposed raid on the infamous secretive military installation in the desert of Nevada.

Purposely started as a joke, the goal of the event is to “see them aliens” and possibly sell some merch or link to a larger project, as the website promises “SOMETHING BIG IS COMING.” However, the things you put on the internet as a joke don’t always stay jokes, just as serious things rarely stay serious. Out of the total 2.8 million people following the page, you have to believe that a good chunk of them are not kidding in any way, shape, or form.

The U.S. Air Force is aware of the Facebook event encouraging people to ‘Storm Area 51. The Nevada Test and Training Range provides flexible, realistic and multidimensional battlespace to test and develop tactics as well as conduct advanced training in support of U.S. national interests. Any attempt to illegally access the area is highly discouraged.

This is where we are as a country. The US Air Force issuing statements asking nearly 3 million people to please not storm a military base because someone started a joke about busting into it to find aliens. What sends this into peak 2019? THE CELEBRITIES AND BRANDS JUMPING ON BOARD ALONG WITH NORMAL FOLK ON THE TWITTERS.

I am LOSING IT #Area51 pic.twitter.com/q76kGDWhDT

We do not endorse a raid of #area51. But if you do get in somehow, please visit our store in the food court there. #fishyeah pic.twitter.com/IK3XIBNzkq

Workin’ on some new recipes for the folks inside Area 51 👽 The Radioactive Ribs are lookin’ goooooood 🔥🔥🔥 pic.twitter.com/gW9GFqnvvQ

this is how we'll storm #Area51 pic.twitter.com/A7NTO1EZU1

There is just no way that this can go sideways for anyone at any time, am I right?