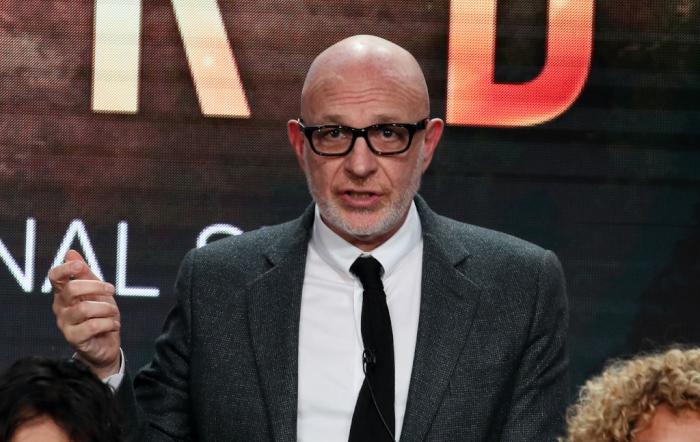 I’m not qualified to give much life counseling, but here’s an easy one: never take medical advice from a movie. We all watched Contagion or Outbreak back when the pandemic began, but I think — and desperately hope — no one thought they were real. Movies exist to provide a brief respite from the rigors of everyday life. Adults put on makeup and play make-believe for massive paychecks. They’re great escapes and some are even educational, but that doesn’t mean you should base your medical decisions on what fictional characters do.

In particular, never base your choices on Akiva Goldsman movies. No offense to the man who wrote Batman & Robin and 1998’s Lost in Space, but Goldsman’s expertise lies in writing generic screenplays to go with weightless, plasticine CGI monsters. He is not a virologist, his movies aren’t documentaries, and apart from quieting your brain weasels for a few hours, there are no medical benefits to be found. To his credit, Goldsman knows this. Unfortunately, it appears many Americans do not.

Goldsman tweeted yesterday after multiple news reports that one excuse for anti-vaxxer obstinance is some of them believe the I Am Legend Rick Scott clones vampires were created when an experimental vaccine spawned a world-wide catastrophe and the creation of a new, cannibalistic species.

I appreciate Goldsman pointing out the absolute insanity in taking anything in I Am Legend seriously. Apart from being a very average 15-year-old work of fiction, the vampires aren’t even created by a failed vaccine. Scientists attempted to reengineer the measles virus to cure cancer, which makes as much sense as trying to teach a hammer to build a house. The 1954 original novel by Richard Matheson actually comes a bit closer to reality, as the source of the vampiric plague is suspected to be a mutated bacillus virus originally infecting bats. It’s still complete fiction. I guess anti-vaxxers aren’t big readers, though. Which also explains a few things.

To spare poor Akiva Goldsman some time better spent “ruining movies,” as Pajiba’s Kayleigh Donaldson put it four years ago, I put together a shortlist of other films the American public shouldn’t turn to for advice. Medical or otherwise.

A Beautiful Mind: A good place to start, being an Academy Award winner and all. John Nash was a brilliant mathematician suffering from schizophrenia. The movie documents his professional, personal, and romantic life as he studies cryptology and struggles with mental illness. Goldsman even won an Oscar for Best Adapted Screenplay (standards were real low in 2001). Even so, Nash was a dick to his wife, and attempted to manage his schizophrenia without the use of antipsychotic medication. So please, do not turn to this movie for medical or relationship guidance.

The Da Vinci Code and Angels & Demons: I feel like this one is self-explanatory. Don’t seek employment by Harvard as a “symbologist.” In fact, don’t expect employment as a symbologist anywhere because it isn’t real. Also, if you suspect a Vatican assassin is stalking you, please call the police or, better yet, your therapist.

Winter’s Tale: Sweet Caucasian Jesus, where to begin? I think the best advice this movie can offer speaks directly to Will Smith and Russell Crowe: stop working with Akiva Goldsman. That’s it. There is nothing else of value here, unless you want to tape open the eyes of your worst enemy and force them to watch this on repeat until their brains leak out their ears. Everything else, from its exploration of metaphysics to the likelihood of Jennifer Connelly falling for you, should be disregarded.

The 5th Wave: Shit, I don’t know. Maybe “don’t rely on teenagers to fight aliens.” Let’s be honest: I don’t remember the original book, the plot, or anything about this movie, and neither do you. So I’ll give him this one, based on the unlikelihood of it ever coming up again.

Transformers: The Last Knight: WOOF. Things aren’t getting better here. The only things of value here are the lessons learned by doing the exact opposite of what the characters do. Do not let Mark Wahlberg adopt you. Do not let Akiva Goldsman name your character (Cade Yaeger? Yeesh). Do not turn to this movie hoping to understand Arthurian legend, Transformers canon, or why Anthony Hopkins didn’t turn down this paycheck.

The Dark Tower: This. This one right here broke me. Tori was incredibly generous in her review of this cataclysmic shitshow that wasted not only cowboy Idris Elba but a fantastic, villainous performance by Matthew McConaughey, whose role as the Man in Black is the one redeeming factor in this movie. Akiva Goldsman took an iconic western fantasy, basically if Unforgiven had mutants and sorcery, and turned it into the dimwitted child of Van Helsing and Omega Man. The only lessons here are to keep Goldsman as far away as possible from every story you love.

To be fair, Goldsman’s had a better track record in television. That may be because he’s more often a creator or developer than a writer. Titans and Star Trek: Picard are good examples. Perhaps the final advice we can glean from Akiva Goldsman’s work is to never let him get further than the ideas stage. Leave the writing to someone more … qualified. In the meantime, do not pass up the Covid-19 vaccine because you think it will turn you into a vampire. While we’re on the subject, and I can’t believe I have to say this out loud either, do not use horse dewormer as a Covid cure. The same slackjawed turd-blossoms who are scared the vaccine will turn them into vampires are using livestock anti-parasitics to cure their respiratory infections, to the point where people can no longer treat their horses. Oh, and don’t join a mob threatening medical professionals who only want to keep your kids safe. And if you’re a doctor or nurse threatened by an infectious mob of human turnips, don’t expect the cops to save you. Chances are they’re too busy taking notes on cryogenic research based on Batman & Robin to keep you safe.

The parking lot after a school board meeting last night in Franklin, the wealthiest place in Tennessee. Parents harassed medical professionals who had spoken in favor of masks in schools. “We know who you are. You can leave freely, but we will find you.” pic.twitter.com/SzR0uvMeE7