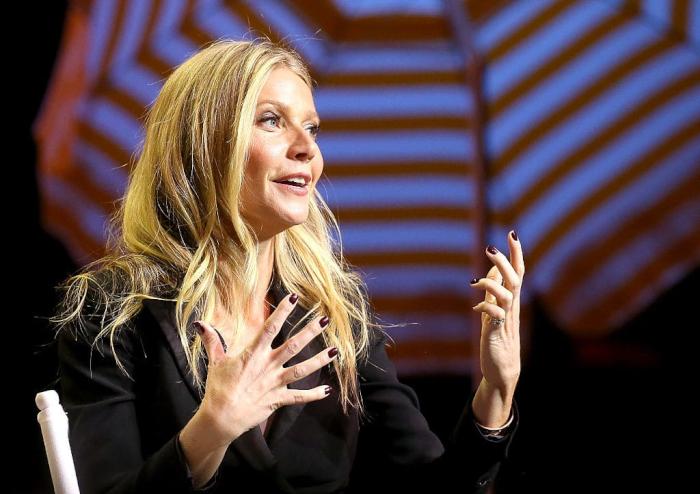 Vaginas! A significant portion of the population has them! Women (but not exclusively) have spent millennia dealing with them and being forced to reckon with the ceaseless stigma surrounding their basic anatomy. It seems that, for as long as vaginas have been a part of this planet, there have been creepy hucksters trying to encourage us to shove entirely inappropriate things up there. Isn’t it bad enough that we have to deal with the pubic hair discourse so much, not to mention centuries of government policy working hard to essentially criminalize the possession of one? And I’m not even getting into the madness of infantilizing nicknames for it or how much it makes me shudder every time someone asks about my ‘flower’. Okay, Georgia O’Keefe, just let me live!

This Summer, there seems to have been a dramatic increase in the number of reports on medical professionals warning us not to stick certain items into our vaginas. It’s a disheartening sign of the times that this is where we are as a society, but it’s also depressingly not that surprising. Anti-vaxxers are an impossible-to-ignore political force, the American President and his administration seem allergic to science, and Gwyneth Paltrow sells psychic vampire repellent. There’s a general distrust of modern medicine in the air, a matter not helped by staggering healthcare costs for our American friends and the stigma of gynecological care (as well as the frequent pain accompanying it). Women and trans men have historically been treated like sh*t by doctors when it comes to issues of menstruation, vaginal care, etc. It’s no surprise that those of us who don’t suffer in silence choose to take matters into our own hands.

But still, there are certain things you just shouldn’t shove up your vagina, okay?! Fortunately for you all, I have made a handy list of recent things people have tried to or recommended that you push up your vagina, and why you shouldn’t do that. I’m no hero, I’m just someone who never gets sick of saying the word ‘vagina’.

I understand the primal urge to protect against vampires at all times, but I promise you that they’re not going to immediately lunge for West Virginia if you catch my drift. Garlic is often praised for its detoxifying qualities, but those who promise you that inserting it up there will clear away that pesky yeast infection deserve only sickness and pain in their lives. As Dr. Jen Gunter, a wonderful woman who has dedicated so much of her time to debunking vag-myths, noted, ‘Garlic contains allicin, in THE LAB it MAY have antifungal (i.e. anti yeast) properties. This is in a lab, not even in mice. Just a dish of cells. Your vagina is not a dish of cells.’

Lots of vaginal garlic aficionados (I SHOULDN'T HAVE TO TWEET THAT IN 2019, BUT HERE WE ARE) recommend inserting a clove. This means they don't understand for allicin to be released the garlic has to be cut or crushed. Sigh. #vaginaisanogarliczone 2/8

So for garlic to work you would have to crush it and stuff it up somehow. There is still the dirt thing. And the cut up garlic on raw tissues thing (OUCH). And the fishing of the garlic out by the gyno thing. #vaginaisanogarliczone 4/8

Look, it’s been a hot Summer. The Earth is boiling us whole, as our species deserves, and the heat can drive us to do crazy things in the name of staying cool. Do you know what won’t help? Ice, flavoured or otherwise. Your vagina is extremely delicate and the skin in that area is mega-sensitive. Dramatically changing your body’s temperature in that region could cause tearing and real bodily trauma. According to Dr. Sarah Welsh, who talked to Metro, the sugar in these ice-lollies can also screw with your body’s natural pH levels. Do you know what that means? Thrush! Just eat the lolly and sit on an ice pack wrapped in a towel if you’re really that hot.

According to Holy Sponge, a company offering ‘environmentally- friendly alternatives to commercial disposables’, sea sponges are the way to go if you’re not a fan of tampons, towels, or moon cups. Just think: an all-natural solution to your bleeding! Their website promises that these sponges ‘move in sync with the moon and the tides, similar to the way human cycles align with the moon and bodies of water.’ A total eclipse of the vag, if you will. Once again, Dr. Gunter came to the rescue, noting, ‘Anyone who tells you to put a sea sponge in your vagina wants you to grow more bacteria that cause toxic shock syndrome. This is horrific and illegal in the US to promote sponges for periods.’ The tide will not help you with this one.

Curse you, Goop, for making us repeat this as many times as we have over the years! And yet those eggs are still for sale, made exclusively for Paltrow’s ‘wellness’ company. Don’t worry, they come complete with a pre-drilled hole so you can attach your own string! They recommend unwaxed dental floss. Goop was also big supporters of vagina steaming. Insert your clam bake jokes here. But seriously, don’t steam it either. Jade eggs have been proclaimed for their ability to balance hormones, which is literally impossible for them to do. Jade is also porous so, once again, the risk of toxic shock syndrome is high with these things. Pelvic floor exercises are real and you can use medical weights for them, but jade eggs will not fix any of your problems. Or make you a vagina-off weight-lifter.

Yeah. Just let that one sink in for a moment. I am so sorry to be the one to let you know this was a thing. A nurse on Twitter claimed that she had treated two cases of women who tried to ‘end their period early’ by… Well, by sucking it out with a vacuum. Do I even need to explain why this is a bad idea? Would you not believe me on this front until I provide testimony from a medical professional? I don’t think so. It’s bad enough when you shove things up there you’re not supposed to but at least the jade egg and ice-lolly don’t come with on-off buttons or suction.

Ladies… Please stop using your vacuum hose to end your period early. You're gonna wind up sucking out a lot more than blood! There were 2 cases of this so far this week and both women had to be admitted. Just… STOP! 🛑🚑