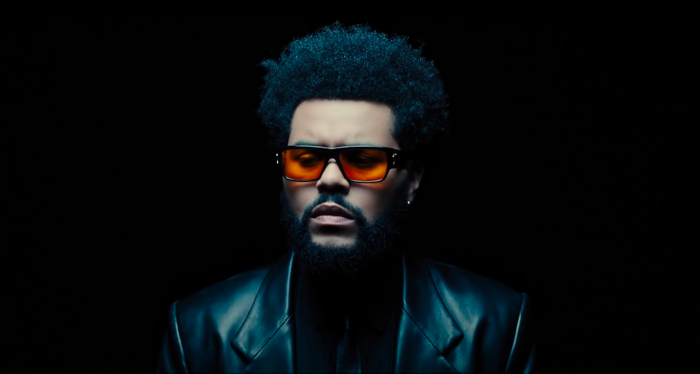 'Dawn FM' by The Weeknd Is Hard to Review Rationally

I apologize because that was one hell of a clickbait title, sort of. I am a huge fan of The Weeknd, the kind that with unwarranted familiarity refers to him as Abel. The kind who listens to Kiss Land more often than Starboy. This makes reviewing his latest outing, Dawn FM, more challenging than I thought. Because Dawn FM is exceptional because it’s exactly the kind of LP we knew he had in him. It’s a confirmation record, the one that makes people say, “Oh wow! he’s the real deal” more than, “Oh wow! I never knew he could do something like that!”.

Aaaand it’s precisely because of this that I have a hard time trying to be objective because I want to hype this LP and just straight up yell from a window “I TOLD YOU SO, I TOLD YOU SO, I KNEW MY MAN ABEL WAS JUST AS GOOD AS FRANK OCEAN, HE HAS IT IN HIM EVERYBODY, HE HAS IT IN HIM.” At the same time, just like I do whenever I have a crush, I always try to block myself from getting carried away in the excitement, mostly because music reviews tend to age horribly. At the same time, I want to drop hyperboles and out-of-place comparisons to other legends of the R&B genre because holy hell, there’s no fat in this album, every one of these breezy 16 tracks makes sense and wouldn’t work without the others, because OMG, in an age where most popstars do more than OK releasing standalone singles or create bloated two-dozen-track bores to gamify streaming revenue, The Weeknd straight up made a proper concept-album.

One thing I can say with objectivity is that this album elevates his entire discography, just like After Hours did two years ago, the Kiss Land and Trilogy eras in particular. Yes, After Hours was released two years ago. You and I both thought, “Wait, didn’t he just release another album?” and the awful truth is that it’s been two years of this floating timeline that is the pandemic, a reasonable gap between album eras. It’s just that After Hours, the last blockbuster album of the pre-pandemic era, was exactly the kind of concept we needed, and it literally hasn’t stopped being the musical background of these f—kshit years.

So how does The Weeknd, reticent sex symbol and global superstar, follow up what’s probably going to be the biggest album of his career? With an LP whose cover art looks like this:

Yeah, I know it's not the '90s or early '00s anymore, popstars are not contractually obliged to sexify their images in every single piece of promotional material, but this is The Weeknd giving Eddie Murphy and Arsenio in Coming to America a run for their money!

More likely, this album cover does speak to our current times. Just like After Hours spoke to two years of literal alienation and ever-empty cities, The Weeknd presents himself in this one physically aged; I look at that picture and I feel like I look like that. I'm probably not the only one. Even counting out the pandemic, the last two years have worn and grayed us, but if this album is a sign of the future at least we'll have the single, miserable, unfair consolation of trying times: Great Art. Great Art that is also mainstream successful.

Dawn FM, like everything The Weeknd has done since Beauty Behind the Madness, is a character study on himself, delving further into his themes of dealing with being both a Hollywood God while also being pulled down by longing, alienation, and anxiety. Just like in After Hours and, to a slightly-lesser extent, Starboy, Abel can tell those stories of sad but rich & famous so well that you cannot but empathize or, at the very least, feel sympathetic towards him. That in itself is a major achievement, in the same tier of the complexity of writing an undying pop hook. Think of all the other artists of his generation writing about the same stuff, and how insufferable they can come across, starting with Toronto's two other megastars: Bieber and Drake. The Weeknd's unique skill as a singer and songwriter is that he remains unquestionably earnest in his lyrics and in his singing; meanwhile, the overall concept and production of Dawn FM and After Hours are built on irony and self-conscious artifice. It's no wonder his artistic output over the last few years has cinematic written all over them, no wonder, right after he collaborated with the Safdie brothers in Uncut Gems.

The dad inside me always wants my favorite artists to surround themselves with people who are ... at their level in talent, the kind that will fully flesh out their creativity. Abel seems to have found the right people to channel his film buff instincts: the A24 crowd, starting with the Safdies, a forever delayed project with Claire Denis and the upcoming The Idol for HBO, co-created with Sam Levinson. If After Hours music videos worked as a heartfelt tribute to the noir of the 80s (and better overall than Joker, for that matter), I am very much looking forward to seeing more of the ongoing storyline of Dawn FM's visual component, developed by Abel and the directing duo Cliqua:

I haven't gotten around to the music, mostly because I'm not that good at describing it, but also because in and of itself is what takes this album to a whole new level of psychological (and psychedelic) intensity. Yes, I know, that's supposed to be the whole point, but tell me, in all honesty, when was the last time you heard something in mainstream pop that made you say "this has nothing to envy on great prog-rock from the 70s?" Well, if it can make freaking Lil' Wayne sound this good, then... yeah. Fuck yeah.

Finally, a complete hyperbole! But it's true. Once again, The Weeknd collaborated with producers such as Oscar Holter and Max Martin, but the key lieutenant that makes Dawn FM sound palette so vibrant is Daniel Lopatin a.k.a. Oneohtrix Point Never, who composed the scores for the Safdie's Good Time and Uncut Gems and had writing and producing credits in After Hours. This time, he had a hand in 13 out of 16 tracks, and you can draw a straight line from the synthesized, low-fi sounds in Uncut Gems to this LP. What Abel and Lopatin have done is take this entire wave of retro 80s synthwave and embrace the pastiche, the decontextualized sound of the 1980s that never really existed because the synthwave sounds back were actively trying to sound like the music of the future, including the 2020s. Infused with generous amounts of Funk and Disco grooves, Dawn FM's overall sound reflects the melancholy of 2022, of having slivers of hope but being resigned to the fact that we are in a historical traffic jam. On the other hand, the concept of the album is about the radio you'd hear in your transit to the afterlife (with guided meditation by Jim Carrey), which also speaks to our insecurities right now. That's what the musical landscape of Dawn FM achieves: It's an album that sounds Big, cosmical in that way detuned electronic music in worn-out cassettes sound. It gives Abel's tendency to write navel-gazingly about love and loss as the true regrets of someone dying. When you've spent two years in semi-isolation, realizing all the (many, many) shots at relationships you could've started, Abel's music actually sees you; you can connect with this rich and lonely superstar.

Should I say it? Will I remain credible if I say it? Let me say it with as much linguistic mitigation as possible:

You could say that The Weeknd is very close, considering its subjects, to becoming in Music what Bojack Horseman is to TV Series.

Alberto Cox (who you can find at Twitter) would like Mr. The Weeknd to know that he in no way would be so overfamiliar as to call him by his birth name in person, he just think's that it's also an awesome name. He asks to please not receive the same treatment as Adam Sandler in Uncut Gems.