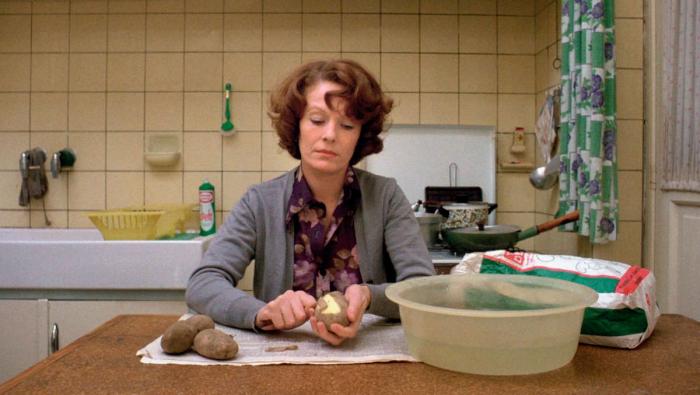 What Are Your Pop Culture Resolutions for 2023?

The new year is upon us and with it comes endless potential. We’ve yet to screw everything up. The world hasn’t entirely disappointed us yet (although it very may well have by the time this is published!) Every year, I write my list of resolutions, which range from manageable to disastrously ambitious. In-between details on general life improvement, I like to add pop culture resolutions as a way to keep things grounded and push myself out of my often limited boundaries as a lover of art. I highly recommend setting yourself some pop culture tasks, be they big or small, for the coming 12 months. They’re low stakes commitments with high levels of satisfaction should you accomplish them. Here are my top five for Twenty Twenty-Three!

I like to read poetry but I seldom do it these days. There’s still a part of my brain that thinks of it as homework and causes me to have flashbacks to my undergraduate days when I spent far too long trying to figure out what the f**k was going on with The Waste Land. Moreover, most of the poetry I enjoyed back then was classical, Restoration-era, or Sylvia Plath. I had my niche and stuck to it. So, I want to widen my canvas and not only read more poetry for pure pleasure but modern works from the past 25 years or so. I’ve kickstarted this resolution in style by reading Patricia Lockwood’s Motherland Fatherland Homelandsexuals, which just confirmed my love of her as a writer. Up next, another hole in my pop culture knowledge: Howl by Allen Ginsburg.

In the same way that poetry often feels like homework, reading classic fiction for fun has not come easily to me in recent years. There are exceptions but I miss that sense of achievement and the mental jolt that I got as a teen when I read something like Jane Eyre. Rather than give myself a big list of books to read in 2023, I thought I’d settle on one long-sought-after literary goal. The white whale, if you will. Sorry. Yeah, I’m going to read Moby-Dick. It has this lofty reputation as a tough read, an overwhelming tome that isn’t accessible to the masses, but such disclaimers seldom feel truthful to the text in hand. I want to see for myself what all the fuss is about, what inspired centuries of authors and at least a few jokes on Futurama. Hey, if I could survive The Mister by E.L. James then I can take on any book.

I own every film by Pedro Almodovar. He is one of my absolute favourite directors. I haven’t actually seen them all. The collection looks amazing on my shelf but there are so many gaps in my Pedro knowledge that desperately need to be filled. I’ve yet to watch Pepi Luci Bom, his debut, or the reportedly barmy Kika which has costuming by the iconic Jean Paul Gaultier. There are a couple Antonio Banderas ones still off my radar. I typically set myself one resolution centered on a cultural figure whose work I like, and revisiting or discovering everything they’ve ever done never fails to fulfill me. I don’t doubt Pedro’s magic will grow even further on me in 2023.

CHECK OUT A NEW GENRE OF MUSIC IN CONCERT

One of my most satisfying of 2022 resolutions came in picking a new(ish) hobby. By accident, I ended up going to more live gigs in one year than I had in the previous 12. I saw two of my favorite musicians in concert: Joan as Police Woman and St. Vincent. It was such a delightful experience, the indelible buzz of live music that overwhelms your entire being, that I decided to pick a band at random and see them as a total surprise. That band was Lime Garden and I had a blast seeing them in a tiny space with next-to-no knowledge of them beforehand. I highly recommend this for everyone.

So, this year, I plan to keep up my concertgoing. I have five gigs booked already, but the next step is for me to continue pushing myself out of my rock-pop comfort zone. I would like to see a genre of music live that I’m less familiar with. Perhaps classical or jazz or something I’m not even familiar with yet. The opportunities are limitless right now!

CHECK OUT MORE FILMS ON THE SIGHT & SOUND TOP 100 LIST

Last month, Sight & Sound revealed the latest update to their much-vaunted Greatest Films of All Time list. Sitting at the top for the first time ever was a film directed by a woman: Chantal Ackerman’s Jeanne Dielman, 23 quai du Commerce, 1080 Bruxelles. So many of my friends asked about the film and I had to bashfully admit that I’ve never seen it. Really there are tons of films and directors I had no experience with on this decade’s top 100. I’ve never seen an Edward Yang film or one by Jean Renoir. I’ve never seen The Searchers or Black Girl or Daughters of the Dust. Rather than see this as a failing, I think of it as an exciting opportunity to see masterpieces for the very first time. There’s nothing cooler than watching a brilliant film for the first time and it being even better than you expected. Challenging yourself is one of the best parts of being a lover of film or any kind of pop culture. Be bold with your choices, your resolutions! And enjoy yourself in 2023!