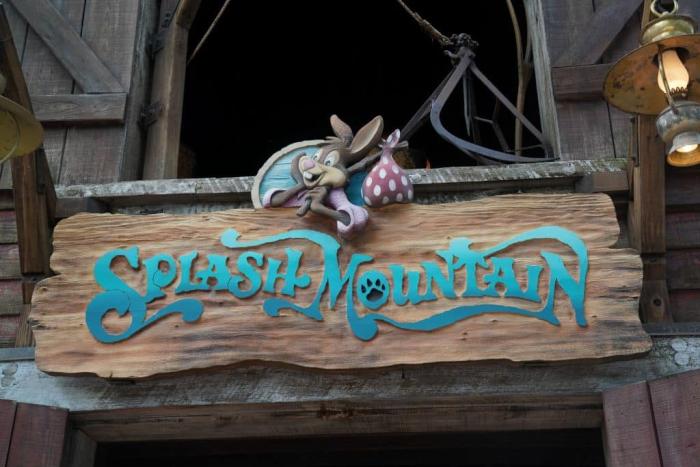 Theme park fans started the new year with a big change. The Magic Kingdom version of Splash Mountain, one of the most popular log flume rides in the game, closed on January 23, 2023. In June 2020, it was announced that the versions of the ride in Disneyland and Walt Disney World would receive a major overhaul and become an attraction based on The Princess and the Frog. Tiana’s Bayou Adventure is scheduled to open at the parks in late 2024. If you’re a theme park regular then it definitely sucks to see a popular ride shuttered for any length of time. From what I’ve learned of this fandom, they’re not big on change. Yet this ride has inspired another tedious round of wannabe culture war nonsense, so of course we have to debunk that.

Splash Mountain takes its theme from the 1946 film Song of the South, a live-action and animation musical drama blend that uses the Uncle Remus folk tales from Black American history (repackaged by a white guy) as its source material. The film’s legacy is, to put it mildly, controversial, and Disney has spent decades essentially avoiding the elephant in the room. Yet, while it continued to pretend the movie didn’t exist, it stripped its corpse for parts, which is how perhaps the company’s most controversial film ended up getting a major theme park attraction. It’s kind of a surprise that it’s stuck around in the Disney parks for as long as it has. Now that it’s being replaced, a hell of a lot of ‘concern’ from the usual suspects has popped up.

Splash Mountain is a beautiful name for a girl pic.twitter.com/lkfgBTven7

They made this racist ride cuz they had leftover animatronics from America Sings (a bicentennial show Walt had nothing to do with). Y’all are weird. https://t.co/U3cb6yA3GH

People are making a memorial for a RIDE. EMBARRASSING! pic.twitter.com/2JWYRlILPv

Splash Mountain proves "Made woke" is how Republicans say "Made less racist" https://t.co/KJ8O8njdHF

It never takes long for ‘woke’ to come up with this crap. Replacing racist caricatures with a Black lady is tantamount to pulling down Confederate statues or something. Although, in fairness to Splash Mountain, it did last longer than the actual Confederacy. Ha.

Look, Song of the South is racist. That’s not up for debate. The NAACP picketed its premiere. The film’s star, James Baskett, wasn’t even allowed to attend its first screening in Atlanta because of segregation laws. Walt Disney was so aware of the source material’s problematic nature that he tried to avoid it through the adaptation process. He failed, obviously, but it was undeniably clear from the beginning that this film would never escape its racist roots. If it weren’t such a glaring racist film (the TAR BABY?!) then Disney wouldn’t have gone out of its way for decades to try and bury it, to essentially deny that they ever made it. It’s not as though they’ve done that for Dumbo or The Aristocats or Peter Pan, all of which are treated glowingly as studio classics. In fairness, those narratives aren’t embedded so wholly in a bedrock of racism, and they’re also generally considered to be good films otherwise. Nobody loves Song of the South. It’s dull, preachy, devoid of the usual Disney magic, and, oh yeah, racist.

The only reason it endures beyond its dark legacy (even though the studio hasn’t given it a physical media release in the U.S. and will never be available on streaming) is because it has an undeniable earworm of a song that became a pop culture staple for decades.

It’s not as though Splash Mountain was created as some loving bastion to Song of the South either. It came to being because Michael Eisner, then CEO of Disney, wanted the theme parks to have a flume ride akin to the one at Knotts Berry Farm. The Imagineers happened to have a lot of animal-themed electronics lying around after closing the ‘America Sings’ attraction, and they didn’t want to spend any more money than they had to in creating something new. Some of the animals looked like the ones from Song of the South or could easily be reskinned to resemble them, so hey, let’s do it. Just cut out any of the actual Black people from the film, play down the connections to the racist movie as much as possible, then call it ‘Splash Mountain’ because Eisner wanted to tie it into the Tom Hanks mermaid movie (really.) Hell, if you went on the ride and emerged from that extremely fun drop without ever knowing it was connected to Song of the South, nobody would blame you.

We certainly need to talk about how Disney ignores its racist past (and its anti-union work, and Walt Disney’s own awful politics). The company doesn’t get to pretend that it never made Song of the South, especially as it kept profiting from its most basic elements. I doubt we’ll see the film be re-released in any manner, which might be for the best since the last thing we need is for that boring crap to become the newest battering ram for the losers who aren’t turned on by the lady M&Ms anymore.

Walt Disney famously said that Disneyland would never truly be completed. It existed to be reinvented, to keep up with the times in terms of technology, changing tastes, and the House of Mouse’s ever-increasing stranglehold on our planet. Things get replaced. Stuff goes out of style. It’s great when Disney retains some of its history, but Splash Mountain doesn’t hold the same cultural sway as, say, the Haunted Mansion or Pirates of the Caribbean (and the latter’s long been screwed up by the parks thanks to the forced inclusion of all those Johnny Depps.) The ride’s been falling apart for years and breaks down so often that there’s a Twitter account dedicated to keeping track of whether or not it worked that day. It’s about to get a cheaply done overlay that won’t actually change the ride itself. It’s akin to re-icing a cake. That’s all.

But hey, the culture wars don’t rely on anything remotely resembling good faith. The same people who whine about all the triggered liberals are the first ones to throw a public fit over gas stove use, female cartoon characters, and the sex appeal of chocolate. The right is still convinced that the Walt Disney Company is beholden to communist queer insurgents, which makes them sound way cooler than they actually are. They’re capitalists, arguably the most efficient example of that in America of the past century. They go where the wind blows, which, in this case, sees them follow the vaguest sliver of progress. I’m sure this whole thing ends with Ron DeSantis trying to have Splash Mountain declared a sacred monument, but for the rest of us, we’re just waiting for the log flume to get a much-needed renovation.


← John Oliver Dusts Off His Old Bits For Last Week Tonight Season 10 Trailer | Yes, You Can Handle Rob Delaney's Book About the Death of His Child →