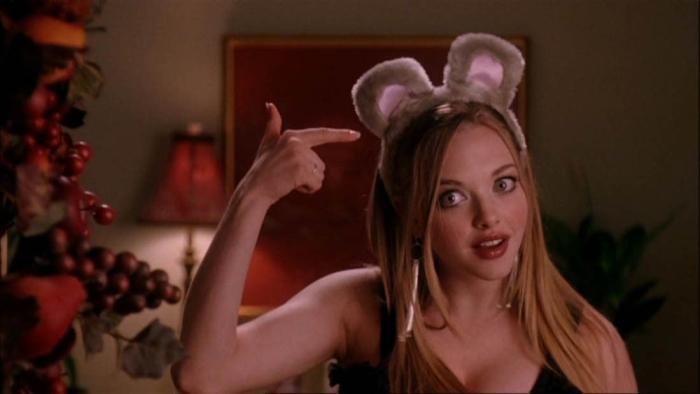 The Weird History and Allure of the Sexy Halloween Costume

If you pay a visit to Yandy dot com, the self-described ‘#1 site for sexy apparel’, you’ll notice that they are all stocked up for Halloween. Despite the current pandemic and social distancing orders making trick-or-treating and drunken apple bobbing impossible this year, Yandy clearly sees no reason to cancel the costume fun. Just because you’re stuck at home that doesn’t mean you can’t indulge in an ultra-specific sexy outfit for the occasion. Yandy is somewhat infamous for its array of parodic, morally questionable, and often deeply racist sexy costumes. There’s a ‘g*psy costumes’ section on their site, as well as ones for ninjas and SWAT teams. For 2020, you can dress as sexy Tiger Queen (get it?), a postal babe, a ‘dirty cop’, and, of course, a ‘dancing sewer clown’ (the avoidance of copyright and trademark issues is half the fun with Yandy.) While the company said they would not make a sexy COVID outfit due to bad taste, you can still get a sexy hand sanitizer one for $77.95 (shipping is free.)

Sexy Halloween costumes are now as much a part of the tradition as hating candy corn and watching scary movies. It’s a ritual that’s equal parts self-conscious camp and tiresome shtick. In the era of Rule 34 of the internet — if something exists, there will inevitably be a sexy version of it somewhere — it seems not only normal but logical for us to look at the world around us, pick and choose the impactful moments, and turn it into f**k bait. We’re used to sexy nuns, sexy soldiers, and sexy animals of all kinds, but it’s in the details — sexy college admissions scandal, sexy fake news — where things feel more revealing.

Dressing up in lavish costumes has its roots in the historical events and predecessors to modern-day Halloween, but sexiness wasn’t part of the equation. Guising was the tradition of Celtic lore — mostly in Ireland and Scotland — wherein kids wore costumes and went door to door looking for treats, and this has its origins in the 16th century. Nowadays, North American-style trick-or-treating takes precedence. Samhain and similar Autumn celebrations, however, were often centered on ideas of fertility. Crowds would pray for marriages rich with babies and good crops, so it’s not entirely sex-free. The short skirts and culturally appropriative outfits would take a few hundred years to arrive, of course.

Victorian-era North America wholeheartedly embraced Halloween and its mixture of the spooky and exotic. This was a night where all, including adults, could disguise themselves and cause mischief, or play around with ideas of cultural norms. Add to that contemporary fads and news, and in many ways, the pattern of Halloween we follow today was not unlike that of the 19th century. The interest in ancient Egypt, for example, led to a lot of Egyptian-style costumes. The same went for interest in seances and the supernatural. They didn’t flash a lot of flesh but there was still this notion of the taboo attached to the act, and Halloween is one hell of a night to try that out.

By the 1970s, as noted by folklore expert Lesley Bannatyne in an interview with Time, Halloween blended dramatically with the burgeoning LGBTQ+ community. Gay Halloween parades filled up the Castro District and gay village of Toronto, becoming such staples of the year that they drew attention and ire from the straight world. These costumes were daring, shocking, and designed to deliberately grab people’s attention, something that felt right at home along with the culture of the growing queer rights movement. It’s no surprise that straight people began to gravitate towards it.

There are many other factors at play that led to the currently oversaturated market of sexy Halloween, from horror legends like Vampira and Elvira to kink culture to that one joke in Mean Girls (‘I’m a mouse. Duh!’) The theme of transgression is always front and center, even if the person donning the outfit is less concerned with social conventions and more interested in having a laugh. There’s nothing particularly shocking about a sexy witch or someone in a skimpy outfit with a pair of devil horns on their head. In 2020. We still, however, feel the shudder of bad taste when we see the infamous ‘sexy Handmaid’s Tale’ outfit or a raunchy version of a fictional child-murdering clown. Seldom does true offense come into the picture with many of these outfits, although we are always aware of when a line is being crossed.

There are more upsetting instances of this trend. For far too long, Yandy made big bucks with ‘sexy Indian’ and ‘sexy Native American’ costumes. Despite years of protests from Indigenous women, Yandy happily released ‘Brave Red Maiden’ costumes that positioned Native culture as a sultry stereotype, one that perpetuated centuries of sexualized violence against Native women. Today, Native American women experience shockingly high rates of sexual assault, far higher than the national average. Such costumes also added to the active degradation of Native culture and autonomy in an already marginalized space. Such racially appropriative outfits are depressingly commonplace in Halloween costuming, from Mexican and Romani stereotyping to the fact that blackface is still bafflingly popular. Yandy knew that their practices were harmful, sexist, racist, and part of a much wider and more insidious problem, but they didn’t care until it hurt their bottom line. As company executives told Cosmopolitan in 2017, its sexy Native American line brought in a cool $150,000 and was for a time its most popular range. For all its room for transgression, Halloween is all too often the domain of privilege and white supremacy.

Yandy is but one of many companies churning out flash-in-the-pan sexy costumes with serious mark-ups in the hopes of going viral. That matters more than ever this year given that the most sensible of us won’t be going to any parties. Essentially, Yandy is banking on Instagram fun, and there’s certainly plenty of ground to be mined with the likes of ‘Small Town Erika C.’ or sexy tacos. It’s a trend that dares you to take it seriously, because how can you be mad at a horny lobster outfit? But, of course, there is always something darker and more political beyond the cheap fabrics and suspect copyright issues. Who gets to be fun, sexy, or transgressive on Halloween when the options are so thoroughly limited to one kind of sexy and heaps of racist stereotyping? The freedom of the holiday quickly becomes far more smothering under these circumstances.

← Review: 'The Craft: Legacy' Is A Kinder, Gentler Sleepover Flick | 'Superstore' Will Probably Break Up Amy and Jonah. Thanks, I Hate It →