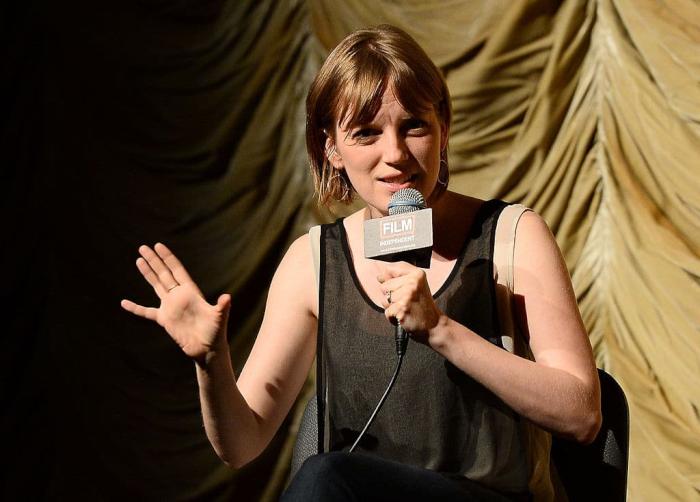 June was my birthday month so I bought a lot of books. How many, you ask? I don’t feel comfortable admitting that in a piece my mother is probably going to read. But it was a lot. I regret nothing. Please share in my smothering habits in the comments below!

Midnight in the Garden of Good and Evil by John Berendt

Typical me. I make a big deal about feeling like I’m done with true crime for now (and write a post on the subject), then the very next book I pick up is one of the defining texts of the genre from the past 40 years. Consistency was never my bag, what can I say?

Midnight in the Garden of Good and Evil is typically listed as one of the best true crime books ever written, as crucial a text to the evolution of this field as In Cold Blood or Helter Skelter. It remained on the New York Times best-seller list for 216 weeks, was adapted into a not-very-good movie, and was credited with reviving the tourist market for Savannah, Georgia, where the action takes place. It didn’t take me long to understand its popularity, even if much of its initial set-up is pure bullsh*t.

Berendt positions himself as a journalist who came to Savannah as a break from New York life, only to fall for its quirky residents and blend of Southern Gothic mayhem with cocktail-drinking cliques. While ingratiating himself into this tight-knit world, he meets Jim Williams, an antiques dealer and social maven, who is soon put on trial several times for the murder of Danny Hansford, a local ‘good time not yet had by all’ who was under his employment. Soon, the world has descended upon Savannah, looking for the truth, or at least some entertainment.

While he makes it clear in his introduction that some details were changed for readability, it’s worth noting that the timeline has been greatly fudged with, mostly to make Berendt seem more like an organic presence in Savannah than he truly was. If this book were written today, I’m not sure he’d get away with such truthiness. But I would be lying if I didn’t admit that I was immensely entertained by the story he presents. The crime is less intriguing than his portrait of this city, a throwback to a ‘different time’ that barely conceals the scars of racism and classism that such a nostalgic fantasy elevates. There’s not a dull character among the dense ensemble here, not when you get to meet the likes of the legendary Lady Chablis. We don’t even get to the murder for the first half of the book, with Berendt lovingly laying the groundwork of this community that has enraptured and baffled him in equal measure. I don’t blame millions of people for wanting to visit a literal murder scene after devouring this book. Even I ended up doing a lot of Googling of the building where Hansford died while reading.

Run Towards the Danger: Confrontations with a Body of Memory by Sarah Polley

People who are the best = Sarah Polley. pic.twitter.com/DgnBz61jsz

For generations of Canadians, Sarah Polley will forever be known as the child actress from the popular series Road to Avonlea. For others, she’s a celebrated actor who evolved into an Oscar-nominated writer and director with achingly emotional arcs that expose the deft complexity of our seeming mundanities as humans. With her debut book, a collection of essays, she leaves nothing off the table and the results are revealing, eloquent, and tangled in ways that defy our desires to box our emotions into simple categories.

Polley has had a life. An actress from a young age, she worked consistently well into adulthood, often collaborating with iconic directors. She’s had the kind of career that many hold up as the ideal endgame for former child actors, but Polley swiftly tears apart that fantasy through her own experiences with stage fright, industry exploitation, and surviving Terry Gilliam. Tying these six pieces together is the theme of the body, what it remembers and how it is shaped, for better or worse, by Polley’s experiences. This includes a high-risk pregnancy, her experiences of alleged sexual assault at the hands of disgraced Canadian broadcaster Jian Ghomeshi, and a years’ long concussion that left her out of action for a long time.

With immense clarity and honesty, Polley digs into the weeds of some of the most arduous periods of her life, and the scars they’ve left on her to this day. While describing the chaotic shoot for The Adventures of Baron Munchausen, wherein she seemed to be at risk of serious injury nearly every single day, she delves into the genius façade that allowed Gilliam to avoid accountability for decades. While recounting her experiences with Ghomeshi, she expands upon the inherently tricky nature of memory and how unrealistic demands for perfect recall from victims retraumatizes those brave enough to seek justice. Yet even in her rawest moments, Polley cannot deny the thrall of nostalgia, such as when she takes her family to Prince Edward Island, where Road to Avonlea took place. Memory, she notes, is a two-way street, and having much of her own recollections be defined by outside forces can prove helpful and a hindrance in equal measure. There are points in Run Towards the Danger where it feels almost invasive to be privy to Polley’s stories, but I’m grateful she opened herself up like this.

I’ve been complaining a lot to my friends that we don’t see a lot of truly controversial art these days. Sure, we have to put up with a lot of smarmy chucklefucks pretending that their transphobic stand-up routines are the height of provocation but, for me, you’re not really pushing the boundaries if you’re just repeating the same bigotry that’s codified by national law. It takes a lot to truly shock me with pop culture. I’ve a strong stomach for this stuff. But oh f**k I was NOT prepared for Exquisite Corpse.

Billy Martin’s horror novels (which he published under the name Poppy Z. Brite) are fascinated by the idea of wholly rewriting our ideas of morality. His debut, Lost Souls, imagined a group of vampires who have entirely rejected human mores in favor of true deviance. This book, which was initially rejected by publishers for being so controversial, basically imagines what would happen if two serial killers (clearly based on Dennis Nilsen and Jeffrey Dahmer) fell in love and did some sexy murder times. Andrew Compton is a British serial killer who targeted young men and boys and slaughtered them in his flat. After escaping prison (in an admittedly ludicrous scene) he flees to New Orleans and crosses paths with Jay Byrne, a reclusive playboy with similar tastes. Together, they seek the ‘perfect victim.’

To say that Exquisite Corpse is dark is like describing the sun as being a touch bright. This might be the most disturbing book I’ve ever finished reading. It’s the ultimate feel bad read, a story so utterly despondent and violently detailed that I’m still kind of stunned it ever got published. Martin doesn’t flinch when detailing how these men murder and mutilate their victims, as well as the erotic thrill they get from doing so. It imagines every instance where you’ve preferred the baddies over the heroes and taken that to its most horrific yet inevitable endgame. It’s a lot to take in. I said in my brief write-up of Lost Souls that, had I read it as a teenager, it would have been my new favorite thing. I’m not sure I can say the same thing about Exquisite Corpse but I admire the sheer nerve of it all.

Despite being a big fan of vampire stuff, I have never read this book. Let's rectify that. pic.twitter.com/DE4o0l1pkg

I love vampire novels, so it’s kind of weird that it took me this long to get around to reading Stephen King’s take on bloodsuckers. With a long-awaited film adaptation set for September, I thought I’d bite the bullet and finally crack open this King-esque doorstop. Shock horror, it’s great?

There are certain things I can comfortably predict when it comes to the maestro of modern horror. What I didn’t expect from Salem’s Lot, the second novel King ever published, was how much it ended up being a domestic drama. More than even the vampires, the majority of the book is taken up by detailed explorations of the residents of this throwback town where the scars of Vietnam and Nixon-era strife run deep. Many chapters are dedicated to side-characters and their bleak lives, which include domestic violence, child abuse, alcoholism, and infidelities. Long before the vampire arrives in town, this is a place poisoned by a societal sickness. King has always had a canny talent for laying bare the worst recesses of humanity (does anyone write more terrifying school bullies than King?) I came in expecting Bram Stoker in America; I left with Peyton Place meets Invasion of the Body Snatchers. I’m already prepared to be disappointed by the movie.