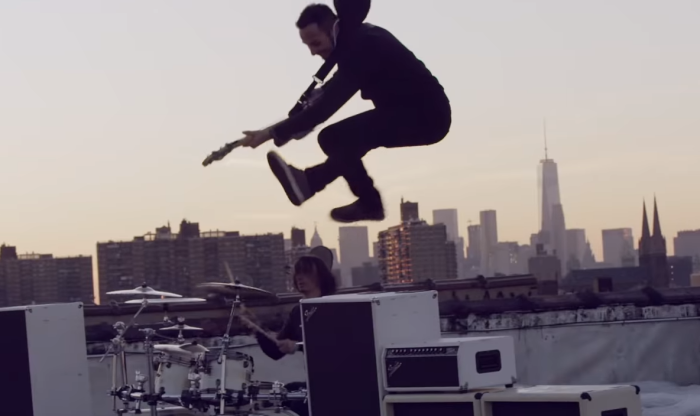 'A Generation Born to Witness the End of the World': The Best Songs About Climate Change

‘Protest music’ is an interesting, loaded label. Stereotypically it conjures imagery that coalesces around the figure of someone like Bob Dylan: A white dude with an acoustic guitar. I grew up on Dylan. I think he’s one of the best musicians humanity has produced, and that his creative run from ‘63 to ‘76 or so is one of the finest in history. Despite the stereotype, only a few of those early years of Dylan’s could be classed as ‘protest music’ years, as he famously rebelled against expectations and focused his creative energies elsewhere after he got sick of the label. Nevertheless, that image—of a lone troubadour with an acoustic guitar emblazoned with a ‘this machine kills fascists’ sign—is still very much the prevailing one when it comes to the pseudo-genre. Woody Guthrie casts a long shadow indeed. But the times they very a-changed in the intervening decades, and some of my favourite ‘protest music’ of the 21st century sounds more like this:

These days I can’t stop thinking or talking about climate change, no matter how hard I try. I cycle through so many emotions in my day-to-day toil under the black cloud of ceaseless awareness that it’s sometimes difficult to put things into words. Although the phrase, ‘We’re fu**ed’ does often just play on a relentless loop. I spend a significant amount of time on climate change-related subreddits like Climate Offensive, Collapse, and Collapse Support. It’s there that I stumbled upon a young Redditor’s post in which she channelled her despair at her generation’s burden through music. In her own words: ‘I wrote a song about struggling to stay positive in the face of climate change. I’m a music student, and I hope to find ways to use music to draw attention and support to global issues.’ This is Eliza Howells, just trying to cope with the existential despair that industrial capitalism has unleashed:

To be honest, listening to that kind of destroyed me, yet it made me wonder: What other songs are there about climate change? I could only think of a few off the top of my head…

This world is life, this clouds-and-wonders
Is all I need, and it will never go
You say it’s lost, I don’t believe it
This is my vision we can never know
This is the Earth, but ages after
I know the world will overcome its pain
The simple fact, I dream about it
Already makes it happen in the rain’

‘We’ve got a president we didn’t elect
The Kyoto treaty he decided to neglect
And still the US just wants to flex
Keep doin’ that, what, we gonna break our necks

Gojira - ‘A Sight to Behold’

‘The way we all behave is not understandable
It is so sad to see the wealth of our planet fade away
We all behave like children, taking off the head of our teddy bear
To see what’s inside, taking, not giving back
We drain the oceans and suck all the blood out of the soil
We spend the time we have left fighting and killing each other
Lust for comfort, entertainment becomes an obsession
And there is so much time to kill.’

System of a Down - ‘Aerials’

‘Life is a waterfall
We’re one in the river and one again after the fall
Swimming through the void, we hear the word
We lose ourselves, but we find it all

‘Four hundred thousand years ago
They came from outer space and gave us life here
And we are just taking everything for granted
I don’t think we should do this now
And when I see the smoke around
I feel like I’m not from humankind down there
I feel like glaciers are my eyes
And mountains are my head, my heart is ocean
And I feel all alone’

‘The world is broken. We’re the last choking embers of a fire waiting to burn out. Long before our grandfathers and their fathers before them, we started pulling our planet apart in the name of progress and blind ambition. The greed of man has devoured this earth until there was nothing left. We watch as time eats us alive. A generation born to witness the end of the world.’