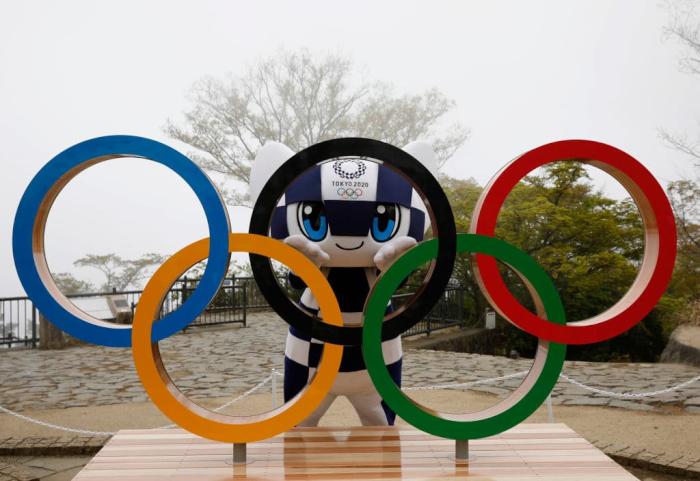 This is an Olympics year; all of the competitions slated for last year in Tokyo have been moved to this summer. In case, I don’t know, you live under a rock and were unaware of this international competition that starts in 21 days.

Usually, this is a time of celebration for athletes, sports-loving folks, and people who like to watch women’s gymnastics (is me.) However, as we inch closer and closer to the games themselves, disturbing decisions about eligibility and, checks notes, swim caps (???) are killing the mood over here.

First up, this morning it was reported that sprinter Sha’Carri Richardson has been suspended for a month and will not be competing in the Tokyo games because she tested positive for THC. Richardson is the winner of last month’s 100m title at the U.S. Olympic Track and Field Trials in Eugene, Oregon. Those trial results have now been disqualified. She accepted the suspension and apologized for the anti-doping violation.

As a person who smokes weed and runs a 12:45 mile I just wanna say this is ridiculous.

Anyone who has ever smoked marijuana can tell you it’s not a performance-enhancing drug. Unless the performance you’re trying to enhance is how many Doritos you can eat while binge-watching Cobra Kai (is also me.)
While it’s true she broke a known rule, it’s worth noting that, in 1998, Canadian snowboarder Ross Rebagliati had his gold medal stripped because of a pot violation. But then THEY GAVE IT BACK TO HIM! Also, you might remember some guy named Michael Phelps? He won a bunch of all the medals in swimming a few years back even after he was photographed smoking dope.

So all of this seems much ado about nothing and overly punitive for Richardson. Especially considering the shifting tide on marijuana laws. I wonder what it could be that makes her situation different from Rebagliati and Phelps? Hmmmm. 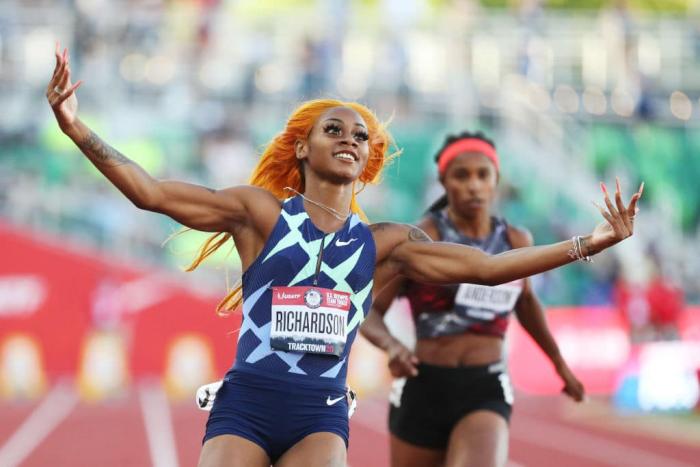 In other super-crappy racist Olympics news, Namibia’s Christine Mboma and Beatrice Masilingi have been withdrawn from the 400m race. According to World Athletics, they are not “eligible for female classification” due to naturally elevated testosterone levels. This is the same rule that sidelined Caster Semenya.

I hate to bring him up AGAIN but, you know whose body also naturally produces a substance that gave him a competitive edge? Michael Phelps. But no one talked about disqualifying him because of his naturally occurring lower levels of lactic acid. Curious that, isn’t it?

Back in April, it was announced that taking a knee or lifting a fist in support of the Black Lives Matter movement and, you know, social justice would be punished by the IOC. This is Rule 50 and has been in effect for a long time. Too long. Remember these guys? 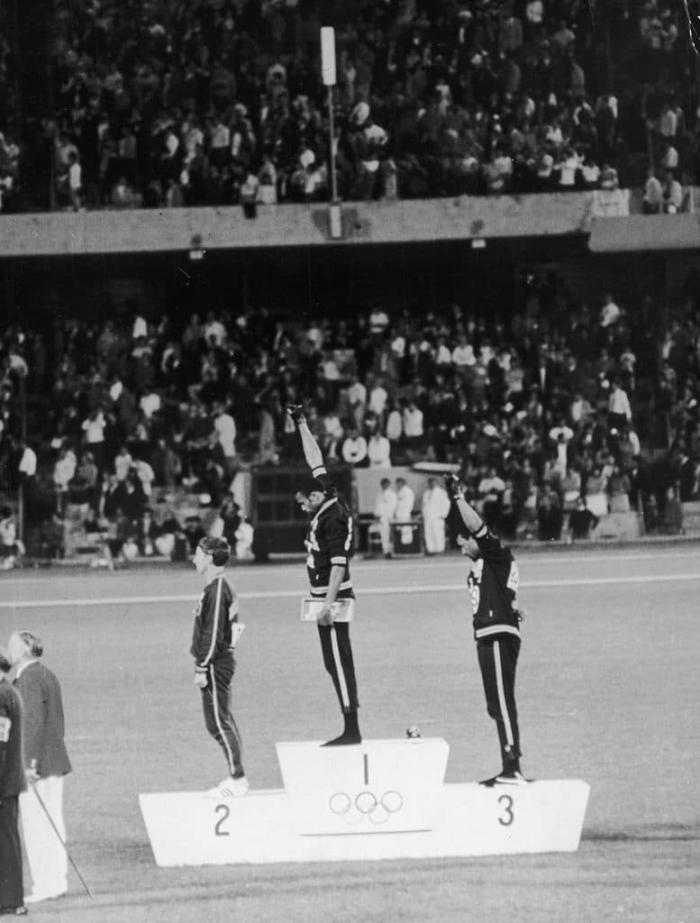 Finally, and possibly the dumbest decision this week, swimming caps designed for natural Black hair have been BANNED at the Olympics by the International Swimming Federation. The caps, created by a Black-owned brand, don’t fit “the natural form of the head.” This is so so so racist I can’t even get over it. Swimming caps are not about your head, they’re about your hair. And the more hair you have, or the thicker your hair is, the more difficult it is to squeeze it into one of those tiny rubber swim caps that suction onto your head. Would these swim caps give black swimmers a competitive advantage? No. They would just make it more comfortable for them to be included on the team and be in the pool. But we wouldn’t want that now, would we? 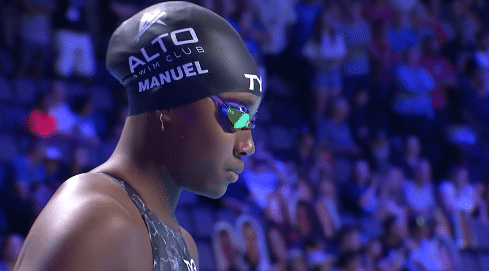 In international competition, there needs to be room for EVERYONE to comfortably compete. At this elite level, we shouldn’t have to put up with this blatant racism and sexism. Womens’ bodies do miraculous things every day. Let these women run, swim, play, kneel. Let them be their best.

← Stephen Colbert Revealed To Be Human After He's Stumped By a 'Lord Of The Rings' Question | Review: 'Once Upon a Time in Hollywood' the Book Somehow Makes the Film Way Less Interesting →