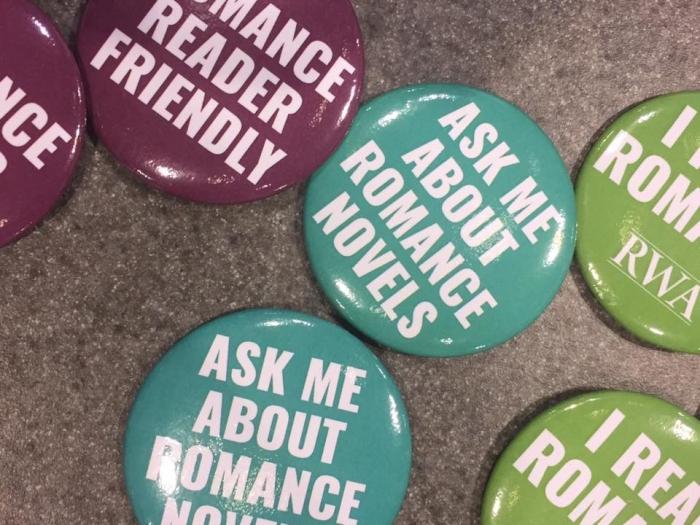 The RWA rescinded one of its top awards for a Christian romance novel that was heavily criticized for romanticizing the mass killing of Native Americans. Yes, this actually happened.

The Romance Writers of America kicked off their inaugural Vivian Awards in tragic fashion. With an almost entirely white slate of winners, the major controversy came with the board’s decision to award a Christian romance title featuring a romantic hero who was a former cavalry officer who participated in the Wounded Knee Massacre. At Love’s Command by Karen Witemeyer won the award for ‘Romance with Religious of Spiritual Elements’, the new name ‘inspirational/Christian romance’ and it took zero time for the romance community to call out the obvious bullsh*t.

The novel’s ‘hero’ was motivated to go commit genocide, which is described as ‘Indian hunting’ after ‘he found his parents and baby sister murdered by a Comanche war party.’ The RWA’s initial non-apology for the win was to say that the judges had been trained to spot objectionable content and nobody saw a problem with this book. They also described the ‘Romance with Religious or Spiritual Elements’ category as a narrative centered on a character who ‘can’t be redeemed by human means; only through their spiritual/religious awakening can they find redemption for their moral failings and or crimes against humanity.’ It wasn’t a response that went down well with readers or authors alike.

One author, Sara Whitney, issued a statement wherein she announced she’d be returning her award and resigning from the RWA. As she explained:

‘When I entered my book in the inaugural Vivian awards, I did it in the hope that the new judging rubric and DEI training would allow for historically excluded authors to be given the same consideration I’ve always been awarded as a cis straight white woman. I also hoped the new system would root out overtly racist or otherwise problematic books. After discovering which book had won the inspirational category, I realized that my hopes were misplaced. RWA simply hasn’t done enough.’

The RWA issued a new statement about its decision to rescind Witemeyer’s award, saying,

‘We cannot in good conscience uphold the decision of the judges in voting to celebrate a book that depicts the inhumane treatment of indigenous people and romanticizes real-world tragedies that still affect people to this day.’

This whole mess, which was 100% avoidable, is yet another reminded of how the RWA may be beyond saving. They have struggled to diversify their ranks and have often outright refused to do so. They almost crumbled to dust last year when their board voted to suspend Courtney Milan, the chair of the RWA’s ethics committee, because she dared to call out some racist books. Their entire board ended up resigning as a result. The renaming of their top award to the Vivians, in honor of Vivian Stephens, the organization’s founder and a Black editor, was supposed to be part of their healing process. And then they awarded it to an almost exclusively white slate of victors, including one who used the massacre of Native Americans as an appropriate backdrop for a religious redemption story for a white guy.

Earlier this month, Milan said on Twitter that ‘the contest and the organization are dead’. As a reader and lover of the romance world, I have to agree. It’s time to start all over.

← Nicki Minaj and Husband Sued for Harassment by Woman He Attempted to Rape | Recap: 'Heels' Is a Show About a Small-Business Masquerading as a Wrestling Drama →