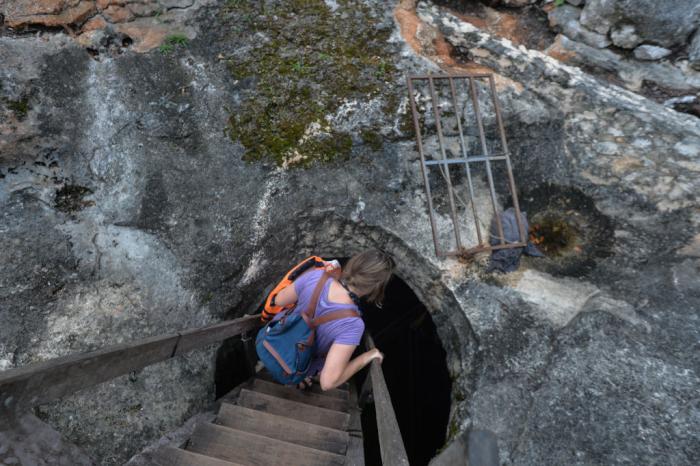 Regular readers may be aware that I have a fascination with rootftop parkour and similarly dangerous extreme activities. I like the high-up stuff, basically. It freaks me out and triggers my fear of heights, but it also appeals to some part of me that craves the release from the mundane that acts like this provide. But that’s probably because I enjoy rock climbing, and I have a degree of trust in my grip that means I can live these experiences vicariously with some added mental security.

That is emphatically not the case when it comes to other extreme pursuits.

Cave diving is something I absolutely cannot wrap my head around. Sure, things like rooftop parkour can be phenomenally dangerous, but at least you get the rush of the wind, the expanse of the city stretching out before you, the sense of gliding along the edges of freedom and away from the increasingly oppressive urban landscape.

What the hell do you get in a cave?!