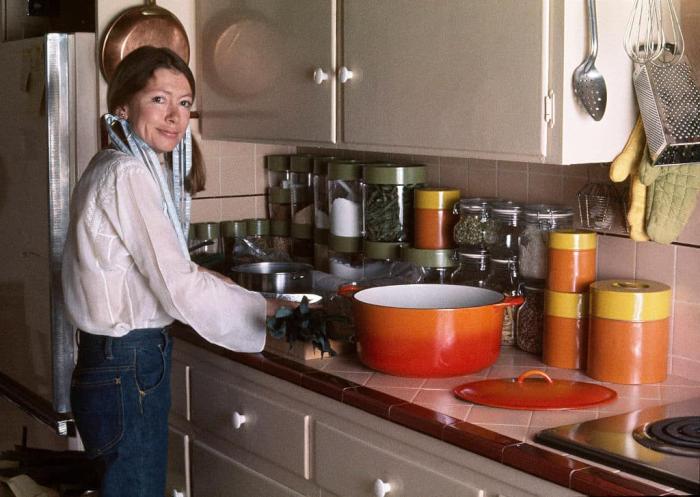 Reading is Fundamental: Some Thoughts on Some Books I’ve Read Lately

In a year of ceaseless uncertainty, reading has been my only constant. I lost the drive and focus to do everything else that wasn’t working, eating, and kind of sleeping, but through it all, books were always there for me. I never stopped wanting to read. Indeed, my hunger dramatically increased once it became clear that very few other options were open to me, a single woman who lives alone and spends too much time on the internet. As of the writing of this piece, I have read 140 books this year, after setting a goal of 40 (follow me on Goodreads!), and this is basically my greatest achievement of 2020, for better or worse. I have no plans to stop now. It’s either this or sleeping, and while the latter is tempting, it won’t do much for my already blistered ego. So, with that in mind, I’m here to discuss a few of the books I’ve enjoyed since the last time I did a post like this. Enjoy, and be sure to let us know in the comments what you’ve been reading.

Slouching Towards Bethlehem/Salvador/Miami by Joan Didion

“I have already lost touch with a couple of people I used to be…”
― Joan Didion pic.twitter.com/1WT9hbJ50Z

I read a lot of Joan Didion. She’s a writer of such clarity and piercing insight that reading her feels almost invigorating. There’s something about her, even when she verges on nihilism with her level of outsider detachment, that I find particularly appealing during this moment of ceaseless hellfire. I’m always happy to revisit her essay collections, especially when she delves into the ins and outs of her native state, California. Until this year, however, I hadn’t read her investigatory explorations of El Salvador and Miami. She takes a skewed glance at both places during times of political upheaval and looks past the propaganda pushed by her own government. If you’re looking for a place to start with Didion, go for The White Album then move outwards from there.

How to Do Nothing by Jenny Odell

How to Do Nothing: Jenny Odell's case for resisting "The Attention Economy"
https://t.co/nL3bVDT5gy pic.twitter.com/T2WyWtcnEB

Hey, do you ever feel like your life has become unnecessarily overburdened with the need to be involved in everything and anything? Are you utterly exhausted and beyond burned-out with the modern age of commodified time, side-hustles, and the attention economy? Jenny Odell feels your pain. The artist offers a full-throated and hugely necessary critique of our modern system, one where we are expected to be available for work 24/7, branding ourselves for new opportunities, and monetizing every aspect of our lives. How to Do Nothing’s approach may put off some readers. It’s extremely well-researched but takes a lot of esoteric tangents and isn’t the straightforward guide to unplugging from the digital world that its title may suggest. What Odell has done instead is offer a sly combination of self-help, memoir, historical-cultural study, and hardcore anti-capitalist rant. She wants us to rethink why things like social media, Silicon Valley, labor laws, etc, have evolved into something so impossible to disengage from (spoiler: it’s capitalism.) If this book gets you at the right moment in your life, I feel like it could totally change you. It’s certainly given me a lot to chew on in regards to how I live.

Shameful confession time but I have read shockingly few of Octavia Butler’s works. I know, it’s embarrassing that I’m so far behind on the back-catalog of one of sci-fi’s undisputed queens. Aside from Kindred, I hadn’t read her other books until this Autumn. Blessed be to your local libraries for ensuring you have no excuses. Dawn is the first book in her Lilith’s Brood trilogy. After a devastating war brings about the apocalypse, the last remnants of humanity find themselves on a massive spacecraft piloted by an alien race known as the Oankali. After centuries in stasis, Lilith Iyapo is awakened and given the task of preparing other survivors to one day repopulate the now-safe Earth for a new age. She is also tasked, however, with teaching her fellow earthlings to be OK with crossbreeding with these terrifying-looking extra-terrestrials. What is brilliant about Dawn is its emotional and thematic complexities. Humanity’s saviors treat them like a cross between petulant toddlers and sex slaves. They offer a seemingly utopian future but only if they give into being part of a crossbreeding program. The conundrums that Butler poses are prickly, troubling, and have no easy answers. Her world-building is also impeccable, a deftly developed alien society whose contrasts with humanity’s natural skewing towards hierarchies only further exposes the races’ differences. I truly can’t wait to dive into the other two books in the series.

Solutions and Other Problems by Allie Brosh

two pages into solutions and other problems and i’m already laughing out loud i love these books 😂 pic.twitter.com/Lw5MQNpm5J

It is so damn good to have Allie Brosh back. The writer and MS Paint cartoonist behind Hyperbole and a Half disappeared for several years, leaving the internet wondering and concerned for her wellbeing. After many years of delays, her second book, Solutions and Other Problems dropped this September and couldn’t have arrived at a better time. This book is a natural follow-up to her first one but with a more pensive and melancholic edge. There are still plenty of surreal jokes, embarrassing confessions, and hysterical cartoons of bemused dogs, and one gut-busting scene involving Brosh’s alien-like avatar getting stuck in a bucket. Where things get darker — and Brosh warns readers ahead of time about these moments — are in her candid discussions about the unexpected death of her sister and how it tore her apart. There’s a lot here that Brosh leaves unsaid, including details about the end of her marriage, but that’s sort of the point. The writer who made her name through hilarious emotional vomit doesn’t have the words or images anymore to describe what she’s been through, and that’s OK. We, the reader, still treasure what she offers us because nobody tells it like she does. You’ll laugh, you’ll cry, and you’ll be ever so thankful that Allie Brosh returned.

The Witches of Eastwick by John Updike

thinking yet again about the witches of eastwick,,,ah women pic.twitter.com/vMFcZVblG5

One of my favorite films is The Witches of Eastwick. It’s my ideal cinematic comfort food, a fizzy comedy full of big hair, banter, and gorgeous women who are simultaneously seduced by and victorious over the Devil himself. The book, however, is a very different beast. John Updike is one of those writers weighed down by that almighty ‘Great American Writer’ label that tends to make me roll my eyes. He was undeniably great at what he did but when it came to writing female characters, he was somewhat lacking. So much of The Witches of Eastwick feels like Updike is trying to prove to his naysayers that he totally knows how to create multi-layered and complex women. That he did so by making them literal witches? Eh… There are some fascinating ideas in the book, which takes place in the 1960s and shows the three women as sexual libertines who will happily let any married man into their homes. I would have had more time for how obviously vacuous and cruel they were had Updike committed to that narrative. Instead, the women just ended up being stock Bad Girls for most of the story, and even the women on the periphery of the witches’ lives were flattened into shrill or naive stereotypes. The witches don’t even seem all that interested in their magic or their bond, except for when they can use it to destroy other women’s lives (the fate of one young woman who enters their inner circle felt especially nasty.) This needed another writer at the helm, one who didn’t see ‘woman’ and ‘witch’ as one and the same. At least the film has fun with its concept.

Susanna Clarke's PIRANESI is out in the world today! It is a marvel of a book, so very different from JONATHAN STRANGE & MR NORRELL yet still magical. (My advice: don't find out too much about it before reading, just sink into its mysteries 🖤) pic.twitter.com/5yu5amqy5Z

Confession time: I have still never read Jonathan Strange and Mr. Norrell. Cut me some slack though, that book is super-long and you can’t expect me to have a lot of focus for such projects during this period of hellfire. Susanna Clarke’s epic Regency fantasy debut was not only a critical darling but a true commercial smash, something that few had expected given how seemingly dense and inaccessible the novel was. It’s been 16 years since that novel was released, and Clarke has fought chronic health problems and fatigue in the meantime. Piranesi is a much shorter read and, in many ways, feels like the polar opposite to what she wanted to achieve with her debut. Still, it is, and I say this with not one inch of hyperbole, masterful. To even describe the basic plot of Piranesi feels like it would be a spoiler. Just know that it is about a man in a building of infinite rooms and let the rest wash over you. It’s a book best experienced when you embrace its mystery, and boy, it has a lot of surprises! Part baroque fantasy, part psychological mystery, part fairy-tale, Piranesi really can’t be done justice by me just talking about it. If you need to escape this world for an afternoon, this is the book for you.