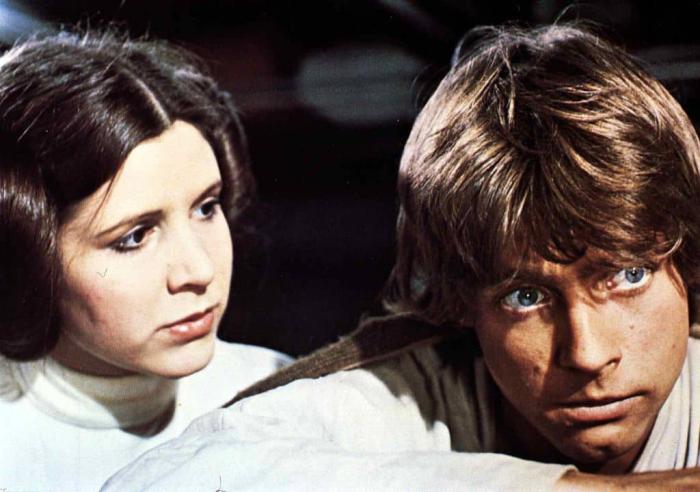 In the world of science-fiction literature, Alan Dean Foster is an undisputed legend. While he has dozens of original stories to his name, he’s garnered a devoted fan-base and a serious level of clout thanks to his novelizations. Foster is responsible for the original novelization of Star Wars, which was based on George Lucas’s early screenplay. It was such a success that Foster wrote a follow-up named Splinter of the Mind’s Eye, which was originally commissioned by Lucas as an official sequel should the movie fail. He’s also responsible for multiple Star Trek books, the Alien and Transformers universes novelizations, and tie-in books for movies like The Thing and The Chronicles of Riddick. Arguably, Foster has done more to elevate the novelization to an art form than any other writer. Now, however, it seems that Foster’s legacy as well as his hard-earned royalties are at risk.

This week, the Science Fiction Writers of America revealed that Foster had approached the group’s Grievance Committee with a problem. He was not receiving royalties specified in his contract for works written many years ago. Typically, as the SFWA admits, this would be an easy enough issue to resolve. The big issue: Foster is facing up against Disney.

In an open letter, Foster detailed how Disney owed him money for his Star Wars and Alien books, with the latter now owned by the company following their acquisition of Fox. These books are still available for purchase and remain popular with fans of book franchises. Clearly, Disney is aware of their money-making power, yet Foster has reaped none of those benefits despite his decades of work. As he said:

‘All these books are all still very much in print. They still earn money. For you. When one company buys another, they acquire its liabilities as well as its assets. You’re certainly reaping the benefits of the assets. I’d very much like my minuscule (though it’s not small to me) share.

You want me to sign an NDA (Non-disclosure agreement) before even talking. I’ve signed a lot of NDAs in my 50-year career. Never once did anyone ever ask me to sign one prior to negotiations. For the obvious reason that once you sign, you can no longer talk about the matter at hand. Every one of my representatives in this matter, with many, many decades of experience in such business, echo my bewilderment.

As I noted yesterday, Disney attempting not to pay Alan what they contractually obliged to pay him is bullshit, and the company fronting a legal argument that they've bought contractual rights but not contractual obligations is bullshit AND dangerous. Pay him! #DisneyMustPay https://t.co/IHXTS9Y5Le

Lots of people saying: "Boycott Disney" or "Only watch Disney stuff illegally". This isn't helping. We need to consolidate and enforce copyright law, not encourage people to ignore it. If you're downloading stuff for free, then you're part of the problem. #DisneyMustPay

#DearMickey #DisneyMustPay royalties to #AlanDeanFoster. @WaltDisneyCo argue that they acquired the rights but not the obligations to his novels.

If a publisher can break a contract by selling it to a sibling company, this could affect every writer.https://t.co/LgZSznt0lE

It’s not simply that Disney is withholding royalties from Foster or any other writer. It is, as SFWA’s President, Mary Robinette Kowal notes, that Disney doesn’t seem to believe they even have to pay him. Disney is trying to argue that, while they have acquired the rights to Foster’s books, they don’t have to adhere to any of the contractual obligations that come with it. They own the rights to those still-lucrative books, but they’re under no requirement to actually pay him for the privilege. It is, to say the least, a deeply problematic precedent to set in terms of copyright law. If Disney wishes to stick to this strategy, then it would open up a landmine of issues and irrevocably change the way that copyright works in the United States. All you’d have to do to get out of paying your writers is sell the IPs to a sibling company.

Disney’s history with copyright law in the United States is a fraught one. No single company is more responsible for successfully lobbying for the extension of copyright than Uncle Walt’s sparkly domain, to the point where the 1998 Copyright Term Extension Act is often derisively referred to as the Mickey Mouse Protection Act. Following the Copyright Act of 1976 — one of several acts of this kind on American law — copyright was extended to include the life of the author plus 50 years, or 75 years for a work of corporate authorship. The 1998 act extended that to life of the author plus 70 years and for works of corporate authorship to 120 years after creation or 95 years after publication, whichever end is earlier. Disney lobbied hard for this, in large part because several prominent cartoon characters under their umbrella were set to expire into the public domain. Law professor Dennis Karjala told the Washington Post in 2013 that it was ‘basically the Gershwin family trust, grandchildren of Oscar Hammerstein, Disney, others of that ilk’ who pushed for increasing extensions to copyright terms. Such laws impact a tiny minority of artworks but the stranglehold that companies like Disney have on the law and the ability to lobby changes to their heart’s content is further indicative of how much the rules are skewed in favor of monopolistic conglomerates over singular working artists.

This is partly what makes the company’s sudden refusal to pay out Foster so perplexing. There doesn’t seem to be any way they could enforce what they’re doing to Alan Dean Foster without it backfiring spectacularly. If they want to set this precedent, then what’s to stop someone bigger and scarier from doing the same thing to them? Even by Disney’s standards, this decision feels cartoonishly evil, but given the immense clout the company has when it comes to influencing national policy, it’s no wonder worries are high among authors everywhere. Upend the nature of copyright to suit Disney’s whims, and what’s to stop any publisher from deciding that they can keep making money off a writer’s work by selling it off to a sister company and keeping the profits while denying royalties? Disney also refused to meet with the SFWA to resolve this issue unless Foster signed an NDA, which is decidedly not normal. Flipping assets then demanding legal secrecy from those you have wronged is insidious.

Many authors work for Disney on the novelizations and expanded universe books of Star Wars, the Marvel Cinematic Universe, Disney movie tie-ins, and much more. This is clearly a lucrative part of the company’s many-pronged business strategy, one they’ve expanded over recent years. A lot of people’s livelihoods could be on the line thanks to shady dealings like this, which is why it’s so crucial that we push back against Disney’s obviously callous decisions. This is a labor issue but it’s also one of artistic freedom and anti-monopoly solidarity. The SFWA is pushing for Disney to pay Foster all back royalties and are asking writers in similar situations with the company to reach out.

In his open letter, Foster says ‘I don’t think Unca Walt would approve of how you are currently treating me.’ The sad thing is that I think he absolutely would.

← How Do We Feel About The Dunkin' Fashion Line? | A Top Trump Legal Advisor Knows Exactly Who Donald Trump Is →