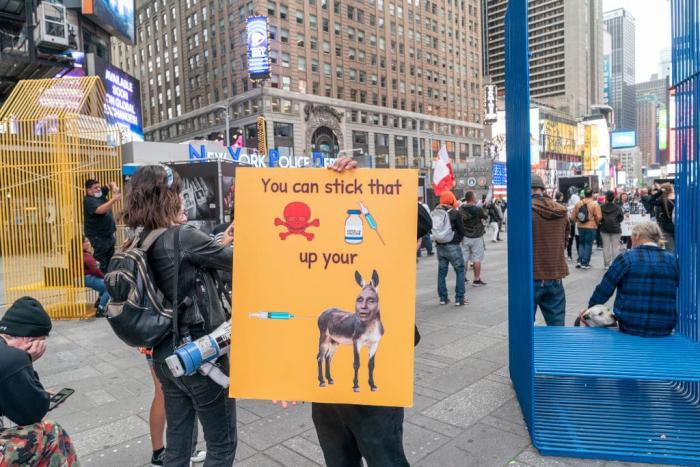 De-Vaccination Is Not A Thing, People

The conspiracy theorists of the world continue to find new and exciting ways to unite against common sense. What a time to be alive. Last week we delved into the most recent twist in the Kennedy Family Saga. Are they still looking for JFK Jr. in Dallas? How rude of his corpse to keep them waiting. While JFK Assassination theories fall under the mostly benign “We Have Questions” section of the Conspiracy Chart, QAnon itself - the breeding ground for the latest and greatest - is right up there in the tippy top level of the worst and most dangerous. Because once you start believing in things like fake celebrity deaths and the existence of a technologically advanced Tartarian Empire that was erased from history books (this is actually a thing), it’s a real quick slide into ideas that can physically harm yourself and those around you.

Over the past couple of weeks, there have been increased reports of the de-vaccination contingent of QAnon attempting to purge their bodies of Covid-19 vaccines that they believe contain tracking devices, magnetic materials, or worse. Has anyone floated the idea of alien embryos yet? If not, I call dibs. It started out with bathing in Epsom salts and baking soda to “remove radiation.” They suggest Bentonite clay to “pull out poisons” and Borax, which is thought to rid your body of the reported nanotech that is passed along in the vaccine shot (snicker.) For the record, I don’t endorse any of these ideas. Although a nice Epsom salts bath might chill everyone out a bit. Maybe throw a little lavender in there? Have a nice soak.

Those of us using all of our brain lobes know that you can’t wash off something that was injected into your body. The vaccine doesn’t eek out of your pores after you’ve taken it. It stays in your blood, informing your immune system, and eventually degrades. (Stage whisper: This is why there are booster shots, y’all.) We also know that bathing your body in an industrial cleaner like Borax is probably absolutely a very bad horrible idea. Please don’t do that to your skin and eyes. Since these QAnon weirdos need to keep feeding their TicTok, Telegram, and Bitchute followers’ ideas, they keep finding new ways to be horrifying. Bathing leads to cupping (a form of alternative medicine in which a local suction is created on the skin with the application of heated cups), which leads to bloodletting via cuts to the skin (were leeches not available?), and of course, there are all of the people-pushing supplements, like pine-extract, at inflated prices. Oh, is there money to be made here? I had no idea. Quelle surprise.

According to this Business Insider article, there are some folks who believe a substance in the vaccines is being used to transform the human race into machine-like beings who can be more easily controlled. I assume by the government, but they don’t say WHICH government. If I really went down the rabbit hole I would probably find them linking this to George Soros and The New World Order, wouldn’t I? Like I’ve said before, all of this makes for some great fiction. But we can barely keep The United Nations working. People who think that multiple levels of International governing bodies could work together to pull off something like this really have way more faith in the government than they should.

Back in August, there were already reports of multiple deaths in the U.S. by people ingesting bleach chlorine dioxide as part of a “cure” for Covid going by the name “Miracle Mineral Solution.” It’s a toxic bleach generally used in industrial water treatment or for bleaching textiles. Now it’s also being sold as a de-vaccination treatment. The lead player in this bleach chlorine dioxide drama seems to be a guy named Andreas Kalcker. He’s the author of the book “Forbidden Health” which was theoretically banned by Amazon in 2019 for pushing dangerous disinformation around using the substance as an autism cure. Of course, it’s still available for sale there. So that’s great. 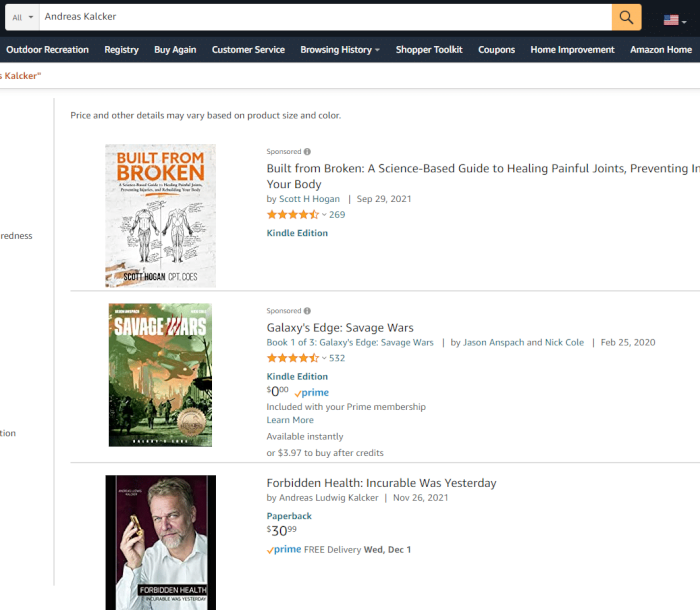 In September, after a year-long investigation into the death of a five-year-old boy in western Argentina of multiple organ failure consistent with chlorine dioxide poisoning, Argentinian authorities charged Kalcker with illegal practice of the medical profession and selling fake medicines. The child’s parents apparently believed the misinformation spread by Kalcker and others when they started telling people this stuff will “ward off” Covid-19. Sure, Kalcker was charged, but it sounds like he’s hiding in Switzerland so that’s … well, whatever it is. Nothing, I guess.

This is where the slippery slope ends though, right? Kids die. They die not because of decisions they’re making on their own. They die because of decisions made by the delusional adults in their lives who are supposed to be protecting them from stupid ideas like “drink this industrial bleach, it will make feel better.” That’s some real soft brained sh*t right there. If there was a chance that all of the idiots were just going to injure or kill themselves with these bad-faith “medical” ideas I’d say let them go for it. Natural consequences are a thing everyone should learn about. That’s never where it stops. Children are the most vulnerable potential victims for these scams and it’s difficult to protect them when the calls are coming from inside the house. I don’t have any answers here, I don’t know how to put a stop to this unless/until we find some equally charismatic spokesperson who can convince people that science is real.