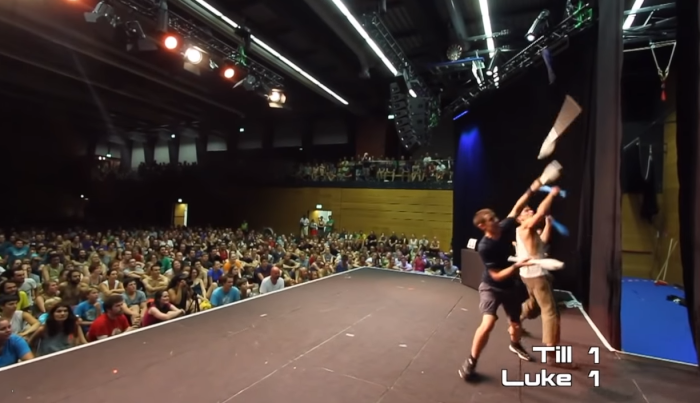 Competitive Battle Juggling is a Real Thing and it's Glorious

One of my favourite little things to do for free fun is thinking about how you could improve existing sports by adding a combat element to them. You know: Cricket, but they’re actively trying to hit the…bat…person (I dunno, I don’t watch cricket) with the ball. Golf, but they do what this Reddit tread suggest:

Or MMA, but everyone teams up to knee Dana White in the balls. Okay that’s a slight divergence from the theme, but I do just think every sport would be improved if you added a battle element to it.

So imagine my delight when I found out that competitive battle juggling is a thing!

How amazing is that?!

I know, you want more.

Just look at this battle royale! They call it ‘major league combat’(!)

Personally I’d add a bit more of the combat into the juggling, but, guys, this is a great start. Thank you.