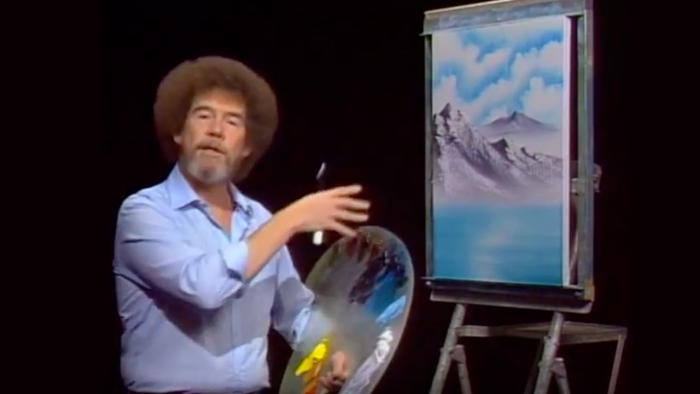 Can’t Get No Satisfaction: Falling Down the Rabbit Hole of YouTube’s Satisfying Videos

It was at some point around two in the morning, when I was lying in bed and watching videos on my phone of a veterinarian in the Gambia remove mango-worms from a weeping puppy that was sure to die of the condition, that I realized something had gone horribly wrong in my life. As someone who hasn’t had a truly good night’s sleep in over a decade, I am used to pointless distractions under the guise of solutions for insomnia. If you’ve ever heard of a meditation app or sleep podcast or oft-recommended musical accompaniment for such situations then the chances are I’ve already used it to no avail. Instead, I have had to settle for things that are able to soften my mind and seep away the stresses of the day, as well as the frustration that comes with not being able to sleep. If I had the mental wherewithal for it, reading can help. Sometimes, my beloved lo-fi hip hop anime chill playlists get the job done. And then there is my endless search for satisfaction. I’m not sure why it would ever have to include mango-worm extraction, but there you go.

It started with some Instagram videos of a woman mixing paint. Annette Labedzki, who has 837,000 similarly enraptured followers, has a simple concept: Make cute moulds of paint in various shapes and scenarios, then mix them all together until the full spectrum of colours becomes one unified shade. There’s one video of paint shaped like freakishly real-looking chicken wings, another where she makes silicon moulds of a lemon, and even baby paint avocados (this is Instagram, after all). It’s not hard to see why people find this so satisfying. It’s a simple act, one any of us could probably do given the right tools, executed with precision and seeming ease, transforming one thing into something new. I spent far too much time one night going through every post on her account, looking for something not quite like ASMR but similarly indulgent in its ability to induce relaxation and serenity.

CHICKEN WINGS WITH BBQ SAUCE My first attempt at chicken wings..I thought the eaten ones would be a cool idea when I made the molds, but after making the video I realized that uneaten looks better..what do you guys think? Your suggestions are always so welcomed! HAPPY CANADA DAY!🇨🇦🇨🇦

Soon came videos of art restoration, then ones of Ecuadorian women giving spiritual cleansings known as limpia, then Vietnamese barbershop visits, then cocktail making tutorials, and before I knew it, f*cking mango-worms.

Everyone has their relaxer of choice. When I asked my Twitter followers for their satisfying internet tasters, Bob Ross proved highly popular, thanks to his calming demeanour, warm approach to art, and great love of painted trees. Cooking videos were another top choice, with channels like Binging With Babish fairing well. Repairs of old tools, nail art, knife sharpening, tiny kitchens, slime making, old battle strategies, and of course, Dr. Pimple Popper all made appearances. Some overlapped with my own, from speedruns of various video games (without screaming commentary, obviously) to cat videos. It’s the internet. Some things remain timeless for a reason.

A lot of what unites these videos is an opposing dichotomy between simplicity and immense skill. Sure, you could put together a fun dominos route for yourself, but do you have the time, patience, ability, and desire to do it with a million of them (then clean it all up afterwards)? I’m not a terrible cook but I’m hardly ‘Let’s recreate the timpano from Big Night’ good. As a kid, it took me around 18 months of arduous gaming to get 100% on the second Spyro the Dragon game, and seeing someone pull it off in a couple of hours with precision and flair is my own personal catnip. Sometimes, it’s the joy of realizing something even has a process. Of course, paint needs to be mixed! What unites them is process. It’s strategy, skill, immense competence without the clumsiness of struggle or learning, all sped up so as to avoid the agony of time. Much like a good romance novel, you know how it ends and therein lies the ultimate satisfaction.

In an essay penned by Evan Malone, a professor of art and film-philosophy at the University of Houston, he describes his interaction of the oddly satisfying as that of a ‘daily moment of transcendental bliss in streaming videos of folks pressure-washing their driveways.’ It’s a mundane act taken to a near artistic height through the action of filming it and doing it just right. Think of videos of things being crushed, blown up or just screwed around with in super slow-motion and how they emphasize hyper-realism above all else. Take the normal and make it special. It offers a proxy for the minute aspects of real life that often prove taxing or mind-numbing. Mrs Hinch, the British Instagram cleaning star, is a perfect example of this.

It feels almost too easy to explain away our love of such oddly satisfying videos with a hand-wave and some platitude on being comforted by neatness during messy times. Not that such emotions are wrong, of course. I would be lying if I said I didn’t find relaxation elicited through these videos a salve of sorts when everything else around me feels chaotic and nonsensical. When you live in times or precarity, conspiracies, and ceaseless bleakness, it’s the little things that can make the biggest emotional difference. Truthfully, I’ve always had a thing for this sort of satisfaction and it’s not always been the easiest craving to sate. As a teenager, I loved films with incredibly specific scenes of process or preparation, be it the opening scene of Dangerous Liaisons where the two leads dress in their extravagant clothing, or Girl With a Pearl Earring and the moment where Colin Firth shows Scarlett Johansson the magnificent array of colourful items he uses to make paint. Phantom Thread has a cracking version of this when Reynolds Woodcock has Alma stand for a dress fitting and measurement taking. We’ve always craved this but now we have the readily available means to do so, and it’s all prepared solely to scratch that itch.

These videos aren’t therapy, nor are they a substitute for real mental healthcare, but they have been a nice chaser for me when I’m dealing with all my sh*t, for better or worse. Everyone has that one thing that can lift their spirits, if just for a moment, or feel like closure at the end of a long day. If it works, then it works.

But seriously, f*cking mango-worm removal?! Who finds satisfaction in that?!

← 'Women Of Reddit, What Areas Of Harassment Do You Wish Men Had More Of An Understanding Of? | Review: 'La Casa De Papel' Season 3 (And Will There Be a Season 4?) →