Back in the olde tyme days, when “digital” was a term only applied to watches and “Over The Top” was a Sylvester Stallone movie, if you weren’t sure what to watch on the teevee, you channel surfed until you found something that caught your attention.

Back then, the issue was that there wasn’t enough on. These days, there are too many choices. However, Netflix has introduced a tool to help the indecisive (or exasperated) among us find something to watch.

The last time you logged onto Netflix you may have noticed the little “Play Something” icon below your profile name or in the left navigation menu. Selecting that option is like playing roulette with your watch list and viewing history. This means Netflix is going to analyze what you’ve watched, or plan on watching, and serve you up something they think you’ll like based on that information. It could be a delightful romp through some of your favorite properties. Or it could be waves of C-List dreck. How much do you trust your Netflix choices?

I spun the wheel the other night to see what I would get. Come through, Netflix! Come through!

First stop: Love Death + Robots Volume 2, episode 1 “Automated Customer Service.” Netflix thinks I’ll like it because “This is a critically acclaimed show like The Umbrella Academy” according to the blurb at the bottom of the screen.

I have no idea what I’m watching right now. I don’t know anything about this show other than one of my friends really likes it. It’s funny and also unsettling. I don’t like this style of animation. The people’s faces are ugly and the walking robots are creepy. But, I did end up watching the entire episode before I remembered I’m supposed to be hitting the “play something else” button for this article. I added the show to my watch list before I moved on, so that’s a win for Netflix.

Next up I landed on Haunted Season 3, Episode 1 “In the Pines.” I thought this show was about ghosts, but maybe it’s not. Netflix has been pushing this on me for a couple of weeks now but I’ve been avoiding it. Generally, I’m a fan of horror. Good ghost stories are my jam (ask me about the haunted house I lived in during college!) But, it’s late, this opening sequence is over-saturated in green and there’s a LOT of tortured screaming going on. So, I’m going to move on to the next choice.

And we get Start Up. Netflix tells me it’s a Crackle Original. What’s Crackle again? It’s different than Quibi, right? This show has Bilbo Baggins in it! But it’s not that show where he dresses too nicely and has kids? I’m being told that show is called Breeders and this is not that. Either way, not super interested in whatever this is. PASS.

Netflix’s fourth choice for me, State of Play, was probably the most successful. I’ve seen this movie, like, three times. It’s a very good rainy day watch. Ben Affleck as a dapper politician in trouble, Rachel McAdams as The Plucky Girl Reporter, Russell Crowe as the grumpy bachelor with questionable hygiene. It’s no No Way Out, but it’s a decent political thriller. I leave it on for a little while as I check Facebook and skim Twitter. It’s that kind of movie, ya know? This is the exact type of movie I would choose for myself if I didn’t know what else to watch. I’ve even come close to selecting it a few times in the past week to put on as background noise during my workday. So, Netflix gets me here. Good job. 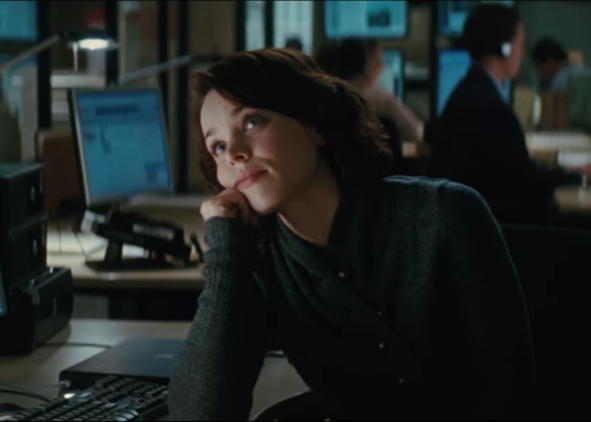 I hit the button again and get an episode of Hoarders that I nope out of immediately. This show gives me too much anxiety. Bad call, Netflix. 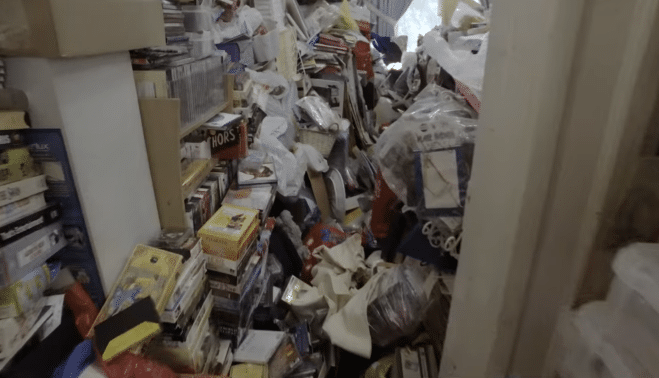 Finally, I land on… Well, I don’t know. There’s no title, just some exposition on the screen explaining that it’s based on the true story of murders that happened in Johannesburg in 1994. There’s some action, there’s a guy in police custody explaining how he trafficked a bunch of young girls to the Middle East?! What is this??! Someone in a hoodie is watching that interrogation over a video monitor and for a moment I thought maybe I had stumbled on an episode of Mr. Robot. But no. After five minutes I cave in and exit playback to see what the title is and it’s i am ALL GIRLS. It’s a “gritty, dark movie” from South Africa that was released last week. It’s based on the true story of Gert van Rooyen, a South African pedophile and serial killer who allegedly kidnapped 6 girls between 1988 and 1989. Gross. I hate people. I mean it. Movies like this make me hate everyone and it’s for sure not something I’m in the mood for. 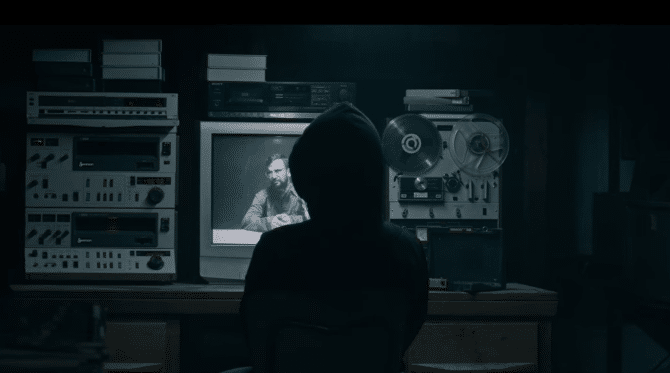 I decided to go back to State of Play before I drifted off to sleep because I find the predictability soothing. Plus, Russell Crowe’s hair is kind of magnificent in this one. Look at how enraptured Rachel is with him in that screengrab up there. Just kidding, we all know what that look means.

I’m not really sure how successful this tool is. Was this less frustrating than endlessly scrolling through screen after screen of thumbnails and synopses? Not really. It took me a few tries to figure out how to get to the “Play Something Else” button from each choice it gave me. There’s more clicking and more conscientious decision-making required. It’s entirely possible that because my husband and my kid sometimes use my Netflix profile my algorithm is a bit screwy. I suspect if all of my options were only based on my own choices there would have been a lot more Kung Fu movies and supernatural TV shows. It’s also likely that Netflix is using this to push the shows and movies THEY want you to watch, regardless of how much they tell us it’s based on our own viewing history.

If you’re feeling lucky and have the time to explore, I’d say take the chance and spin the wheel here. If the worst thing Netflix served me was Hoarders how bad can yours be?


← Review: 'Seance' Summons a Familiar Ghost | The Perils of Blind Gossip in the Age of the Internet Conspiracy →