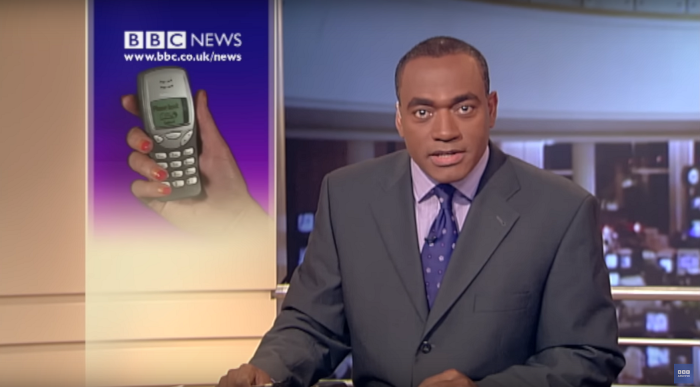 I saw this clip from the BBC Archives YouTube channel pop up on my timeline the other day, and it absolutely rocked the foundations of my sense of time and self. It was a BBC news segment from 2001 on the growing trend of cameras on mobile phones, and mobile phone usage in general, told from the perspective of a society still adjusting to the seismic shock of the mass adoption of that technology. And it’s incredibly surreal to look back at now, from the point of view of a world in which things like privacy and digital disconnectedness have been so comprehensively swept away by the inexorable tide of technology.

Except ‘technology’ is such a bland, neutral word, and the way that mobile phone technology has been used has been anything but neutral. Harnessed to serve the interests of platform capitalism and surveillance capitalism, humanity has been hoodwinked into feeding the insatiable beast with trillions of data points, transforming our very personalities into a never-ending stream of marketable, exploitable information. That damn imagery from The Matrix, of Neo waking up for the first time, only to gasp in horror at the sight of endless fields of his fellow humans being harvested for energy, their lifeblood drained by a vast, interconnected web of machines—that damn image is so clichéd that I’m loath to reference it, but, well, when the shoe fits. We’ve sleepwalked into something that looks a lot like it.

So seeing a clip like this, which snaps you back in time in an instant, and which brings back vivid memories of the era during which it aired, is a hell of a trip. ‘Stupid fu*k’, I spit with venom, looking down at my phone, ‘I hate that I can’t live without you.’ It shrugs, knowing I would say that before I did.