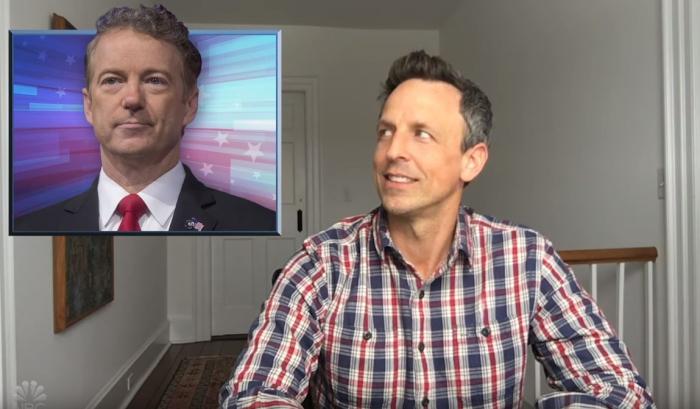 Let's Talk About Our New Normal

Ok, so look, I’m going to level with you: I found out this morning that my work from home directive (WFH for short because corporate speak has infiltrated everywhere) has just been extended from March 31st to April 30th. Which is, you know, a lot. I understand that many, many people across the country and possibly even reading this who have already been working at home prior to the pandemic lockdown won’t think this is that big of a deal, but it’s kind of a big deal. Especially because what I, and a number of other people who are in a similar position, have to deal with is that we’re temporarily working from home during a crisis. It’s one of those, “Hey, get used to this very odd situation very quickly, but be ready to go back to ‘normal’ in a month.”

So let’s spend a minute talking about “normal.”

Basically it’s very weird for me to think about going back to the “normal” where Donald Trump is still president. Because that’s not really normal, right? I think I’ve mentioned before, but there hasn’t been a week since late 2016 were I haven’t caught myself thinking at some point each week, “Oh my GOD, Donald Trump is president. Is this real?” Which is to say, things haven’t been “normal” for a long goddamn time. But for a lot of us, previously everything was sort of a generalized not-normal, and now it is an acute not-normal. A generalized, acute not-normal because it’s hitting everyone at exactly the same time, and is being felt very, very deeply (except, I guess, for the idiots who are still going to the beach right now because Seth is right, beaches are the worst). It’s a very surreal period where everything is harder but also farther away, where what most people want is to be close to their loved ones but have to physically be separated, and where we need, for our own health and safety in some cases, to soldier on with our jobs even though that’s nearly impossible given that hey, is the country being led by an imbecilic reality show host during the worst national crisis of the past fifty years or so? Is this real?

But assuming that this is real, I’m working on figuring out the next month and keeping myself sane. I thought I should share the list in case it’s helpful but also because shouting into the abyss of the internet is one of the easiest ways for me to stay connected. Without further ado, my Ten Step Plan for Surviving The Quarantine:

1) JUST FOLLOW THE DAMN RULES — this should be self-explanatory, but don’t do the things that the CDC says you shouldn’t. Stay home as much as possible. Wash your hands. Keep away from people when you do need to go outside (hey, couples taking a walk around the neighborhood? This means you. You don’t get to take up the entire sidewalk just because you’re surviving in love. Single file when I need to pass you). And for the everloving love of god, BE NICE TO SERVICE PEOPLE. They’re literally keeping society moving right now. Treat them well.

2) Treat Yourself Well — I woke up sad on Sunday. I didn’t have a specific reason, and nothing new had happened. I just woke up a little blue. But instead of beating myself up for being upset over “nothing”, I just let myself be sad until I felt better. The new golden rule should maybe be, “Treat a service workers the way you would want to be treated, and treat yourself the way you’d treat a friend.”

3) Watch The Abyss — It’s a good ass movie. And Sexy Ed Harris is there. You should check it out.

4) Stay Active — Within the guidelines and recommendations, stay active. If you can, get outside (again, following the recommendations. Walking at an empty park for an hour is good. Going to the beach is always, always a bad idea). If not, try an online fitness or yoga class. When I was in grad school a few years back, during the middle of studying, I would literally get up and run in place for a few minutes. It worked wonders at keeping me focused. (Full disclosure, if the running in place didn’t work to refocus me, I would then make myself cry. I have very weird release points.)

5) Put On Pants — Take off the pants you slept in, and put on new pants. They don’t have to be fancy pants but try to delineate between when you’re off work and when you’re on work.

6) Then Put On A Robe — I’ve discovered I’m very much a robe person. I don’t know what this means about me.

7) Stay Connected — Social media is a bane on existence and possibly responsible for destroying democracy. Use the shit out of them. I hated having to make small talk with my coworkers until I didn’t have to for two straight weeks. Now I Skype people randomly throughout the day to see what’s going on with them. I’ve become that person. It’s fine. Also, kids, I need to introduce you to an ancient technology that your foreparents used to communicate. It’s called the phone. I talked on a phone last week. For an hour. It was weird but OK.

7b) Don’t Use the Term Forefathers — This is mostly unrelated, but since I used the term foreparents, please stop using the term “forefathers.” It’s not only sexist, but it confused the balls off of 8-year-old Emily. And then she had to ask her teacher who the other two fathers were. Because she’d guessed Washington and Lincoln, but who else? You know?

7c) Here’s One Other Thing I Screwed Up — This was also after I’d asked my first-grade teacher who Richard Stanz was. You know, from the pledge of allegiance? “And to the republic. For Richard Stanz”? I was sort of pitiful as a kid.

8) If You Can Donate - There are a lot of people hurting in a lot of different ways. Some of you reading this might be hurting, and I get that and I’m sorry. The economic impact of this isn’t nearly as important as the human cost, but the economic impact is resulting in human costs. It’s a big, shitty mess and if you have the ability to help, it really, really helps.

9) Treat Yourself - Again, if you can, buy yourself something you want. This is partly the “being nice to yourself” thing and partly “giving money to other people who might need it right now” thing. If you can also figure out a way to get that jacket you’ve been eyeing because it’s from a small clothing store and they really need the sale right now? That’s a win-win-win.

10) What You Need Is Not A $1,600 Office Chair — Stop it, Emily. Back away from the computer. You don’t need it, and you definitely can’t “just charge it to work” because they made you work from home. You know that’s not how this works. You’re an accountant.

Anyway, I hope that helps or at least distracted you for ten minutes. If anybody needs me, I’ll be on the phone with Amazon for the next hour talking about the pros and cons of a chair that costs more than my rent. I hope I win.