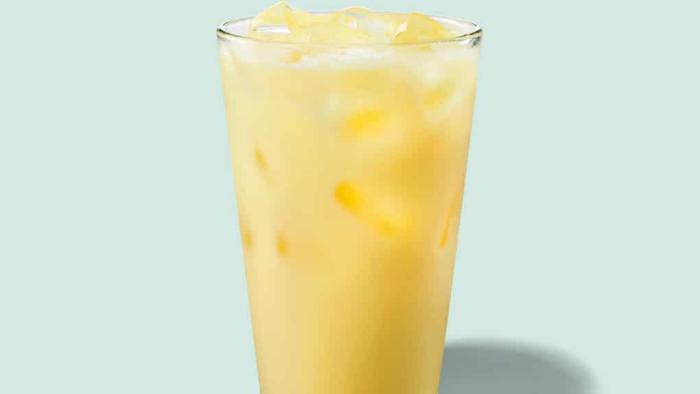 I’ve been drinking Starbucks’ Almondmilk Honey Flat White every visit since I reviewed the beverage in January. With spring on the cusp of erupting and random bouts of nice weather (marred by ridiculously high winds, BUT STILL) here in Ohio, Starbucks has presented me with my new go-to: Iced Golden Ginger Drink.

This drink has everything you would find in a juice bar or cute breakfast spot: pineapple juice, turmeric, ginger, and coconut milk. I just adore turmeric and ginger in a nice juice drink and hoped that Starbucks would hit the right mix of spicy and warm bitterness with the two ingredients. They absolutely did.

The pineapple taste is probably responsible for a bit of the brightness but doesn’t make its presence known with the usual tartness some people seem to dislike. It gives a tropical kick and really lets the turmeric and ginger to the heavy lifting in the drink. As soon as I finished by Iced Golden Ginger Drink, I was very sad that I was at home and unable to procure another one. Next time I’m getting a Venti and NO ONE CAN STOP ME.

At some subsequent visit, I will snag the Iced Matcha Pineapple Drink for a test. Matcha still baffles me, so that should be a fantastic bit of confusion for my tastebuds!