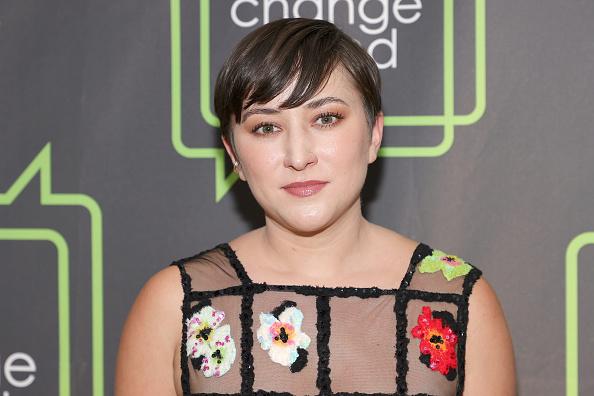 Zelda Williams, the voice of Kuvira in The Legend of Korra and of Mona Lisa in The Teenage Mutant Ninja Turtles as well as the daughter of the late Robin Williams, has signed on to direct her first feature film. The film is described as a “Zomb Com” called Lisa Frankenstein and the screenplay was written by Diablo Cody.

The film will also star Kathryn Newton, possibly miscast, as “an unpopular high schooler” who accidentally re-animates a handsome Victorian corpse (Dylan Sprouse) during a lightning storm. She then sets about building the man of her dreams using the broken tanning bed in her garage. That sounds like one doodle that can’t be un-did, home skillet. (Sorry)

Lest you confuse the film for the only other entry in the zomb com genre that comes to mind, Warm Bodies, Zelda Williams kindly asks that you back off in a now-deleted tweet to social media’s naysayers: “Oh I’m so sorry, I’ll be sure to relegate my otherwise entirely unrelated and unique movie to a far distant shelf so the industry can continue making three billion versions of ‘grizzled ex cop tries to save woman from bad guys/mob’ allegory.” Presumably, the tweet was deleted when pedants on Twitter demanded she identify all three billion versions of that movie (you should have gone with superhero movies, Zelda!).

Though it is her feature debut, it’s not for lack of trying. “I had three films fall apart before this because movies often do. It was discouraging, to say the least. But the fact this one survived and THRIVED to be my first? A fucking gift ♥️,” she wrote on Twitter.

Williams also notes that the movie is a styled ’80s flick, and the fact that the actors playing teens in Lisa Frankenstein don’t actually look like teens is an homage to the movies of the decade.

It’s been a while since we’ve seen one of Cody’s scripts appear onscreen, as one of her more recent efforts, Powerpuff — a reboot of The Powerpuff Girls for the CW — never got off the ground. She did, however, write the forthcoming Madonna biopic directed by Madonna and starring Julia Garner, Little Sparrow.