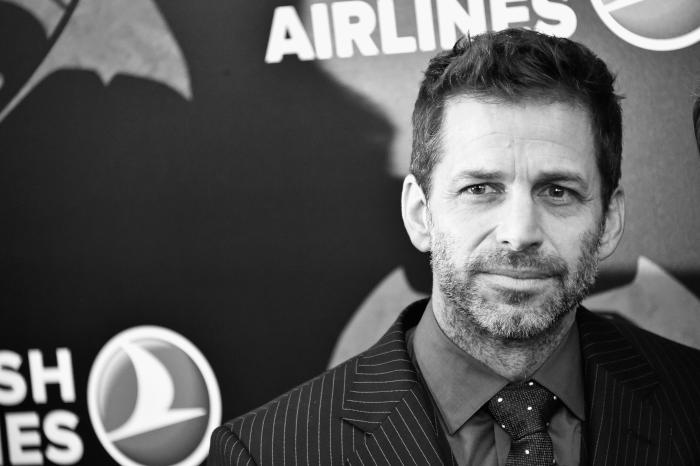 The Snyder Cut of Justice League is officially here! I won’t go into too much detail about the film itself, BUT it’s safe to say that if you haven’t seen the film

***SPOILERS LIE AHEAD***
You good?
OK. Good.
The movie is jam-packed with Easter Eggs and familiar characters to those who are well versed in the DC Universe. However, that was almost pushed a step further at the end of the film!
Right in the middle of the movie, we get the first on-screen appearance of Martian Manhunter. The classic character is revealed to have been hiding(?) as General Swanwick portrayed by actor Harry Lennix for all of Snyder’s DC films. It was a fun reveal that leads to the character showing up again in the very last scene.

But, today in an interview with Vanity Fair, Snyder revealed that the jolly green Martian was not who was supposed to show up originally. Here’s a snippet from the piece:

“We shot a version of this scene with Green Lantern, but the studio really fought me and said, ‘We really don’t want you to do Green Lantern,’” Snyder said. “So I made a deal with them, and they let me do this [instead].”

OK, but which Green Lantern did Snyder want to use? “It would be John Stewart,” Snyder said.

John Stewart!!! In a live-action movie!!!! And it… didn’t happen!! I enjoyed Martian Manhunter’s appearance, but John Stewart Green Lantern showing up would have been something special.

It’s understandable that Warner Brothers would not have wanted to introduce the character as they have their own plans. That said, if they aren’t treating the film as canon anyway, why not just let the cameo happen?

At this point, who knows what the future of DC movies holds? Maybe someday we will see what Zack Snyder would have done with John Stewart! I hope so, but if this ends up being Snyder’s grand finale in the DCEU, I’ll be happy with that too.

← Someone Paid $69 Million for a Piece of Digital Art: Here's Why That Matters | Jared Leto Goes 'Ugly' for 'Gucci' And the Problematic Cycle of Hot Actors Going Unattractive Continues →