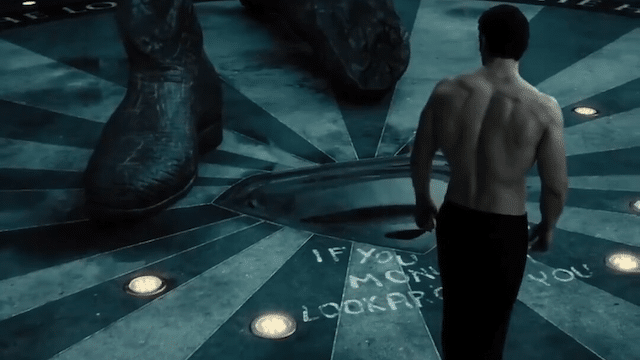 This weekend is DC’s FanDome, an experience meant to make up for the lack of conventions where studios drop panels, trailers, and announcements concerning upcoming releases. Nothing is more hyped right now than Zack Snyder’s cut of 2017’s Justice League, a PR stunt two years in the making that may actually be worthwhile (shut up).

In an effort to stoke fans’ flames so high that they could singe sequoia leaves, this very, very brief teaser was dropped on Twitter.

More important than the admittedly gorgeous images is the fact that DC FanDome will release the flick’s trailer this weekend. Fans are over the moon and going bonkers on Twitter.

They’re talking about how this teaser shows Snyder’s original color intent, which is DARK. It looks good though!

And the OG colours are SO BEAUTIFUL.


The superior dark theme is finally back💪 CONGRATS #TheSnyderCut pic.twitter.com/cqOuzvEQA9

#TheSnyderCut
Even the same shot is different in the movie pic.twitter.com/8CQjPrQMbY

They are also sharing continuity from Batman vs Superman to Snyder’s JL cut.


#DCFanDome "If you seek his monument, look around you".


The ❤️ of the movie is finally getting his arc! 😭😍 #borglife#TheSnyderCut pic.twitter.com/zXYigj5b3Z

This cracked me up. I can’t lie.


For those of you interested in seeing the trailer as soon as it drops, Snyder has you covered.


Let me say this: as someone that has talked a metric ton of sh*t about Snyder’s cut of this film, I am excited. I’m going to watch this. I’m going to go in with an open mind. 2020 is a strange year, kids.


← Twitter Drags Toronto Couple For Moaning About Their $2.2 Million Home | 'Lovecraft Country' is Free on YouTube and There Was Much Rejoicing →