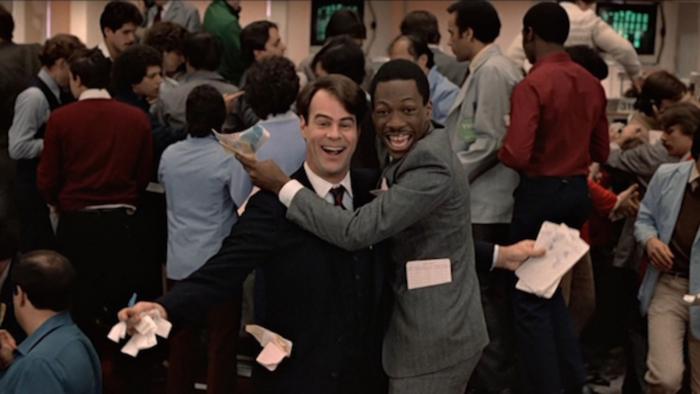 For many people, the 1983 Eddie Murphy comedy Trading Places is about the issue of nature vs. nurture. The two wealthy brothers who own a brokerage firm, Randolph and Mortimer Duke (Ralph Bellamy and Don Ameche, respectively) place a $1 bet on whether it’s possible to transform a poor street hustler into a refined 1 percenter and vice versa. In the end, of course, the real losers are the Duke Brothers, whose social experiment backfires on them when Billy Ray Valentine (Eddie Murphy) and Louis Winthorpe (Dan Aykroyd) discover their lives have been upended over a bet.

What Trading Places really is, however, is a precursor to the GameStop short squeeze. Everything the WallStreet Bets subreddit needed to know to pull off the short squeeze they could have learned from watching Trading Places, only that scheme was pulled off in reverse.

Recall in the film’s climax, Billy Ray and Winthorpe endeavor to do to the Duke Brothers exactly what Reddit’s retail investors wanted to do to hedge-fund managers: They wanted to bankrupt them in order to teach them a lesson about fucking with people’s lives (and manipulating the market). In the GameStop situation, the hedge-fund managers were short-selling GameStop shares — or, betting against them — but in Trading Places, Billy Ray and Winthorpe used the power of the short-sell to bankrupt the Dukes.

The GameStop situation is similar, only in reverse. In this case, it’s Randolph and Mortimer who are shorting the stock, and it’s Billy Ray and Winthorpe (and all the Reddit investors who follow suit) who are driving up the stock in order to raise the price of the shares and bankrupt the Duke Brothers (or the hedge fund managers) who had bet the price would go down. Arguably, it was much worse in this situation. The Duke Brothers could only lose so much money because eventually, the price would bottom out at zero. In a short-selling situation, theoretically, the price of the stock can rise infinitely, which is essentially what the GameStop stock did for a few days.

The missing ingredient here, however, is the insider information on the orange juice futures. In a way, the Reddit investors manufactured their own insider information by banding together to drive up the stock based on nothing, on the illusion of value. However, like the fake orange juice futures report, the information was meaningless, so as the forces of market manipulation have been removed, GameStop shares have drifted back toward where they should be. A few days ago, the price was as high as $469 a share. Now, it’s $95 a share (and still priced at 3x its value). The hedge-fund managers who shorted GameStop at $35, however, theoretically could have lost as much as $460 a share if they held on and sold at $469.

Unfortunately, however, in today’s situation, it wasn’t Randolph and Mortimer who lost their shirt when the stock fell from $469 back to $95. It wasn’t Billy Ray or Winthorpe, either. It was Ophelia (Jamie Lee Curtis) and Coleman (Denholm Elliott), two innocent bystanders who were just trying to get in on the action and who became the collateral damage in a dangerous game between Reddit investors and hedge-fund managers. 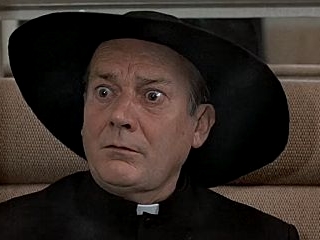