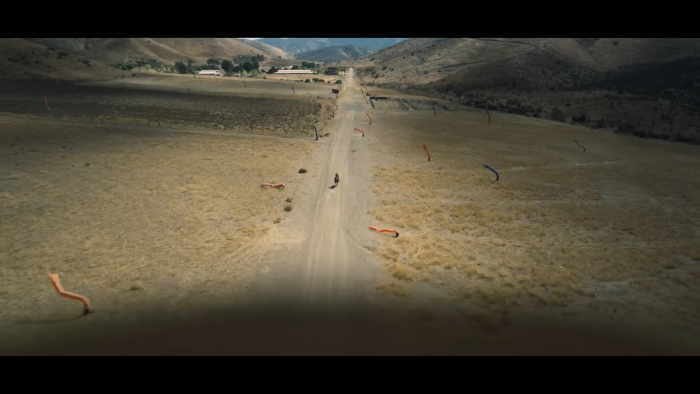 With 'Nope,' Jordan Peele Shows How We Are Killing Showbusiness

There will be **SPOILERS** for the ending of Nope in this article. You have been warned!

Jordan Peele’s latest film, Nope, has been unleashed. It did not disappoint. The film mixes Sci-fi, Horror, and Western elements into one unique package. I loved it and have spent the days since I saw it going over it in my mind repeatedly. Why was that shoe standing straight up? Is fame something you should try to chase or tame? What can’t Keke Palmer do?? But, there was one thing that I was sure of when I left the theater. In the end, Peele shows us how show business will die.

The film has many themes running through it, but the one that stuck out to me the most was fame. Specifically, the fame that comes with show business, and even more specifically, the film and television side of show business. Our leads, Em and OJ Haywood (played by Keke Palmer and David Kaluuya respectively) come from a family of movie horse trainers. Em has aspirations outside of horses, to write, direct, star, crafty, you name it!

On the television side, we have Ricky Park (played by Steven Yeun). Ricky was a child star whose career seemingly ended when his chimpanzee television co-star was startled during a shoot and ended up attacking and killing some of the other co-stars before he was shot and killed. Ricky went on to profit from this tragedy, despite clearly being traumatized by it. He was also the star of a film called Kid Sheriff. While we don’t get many details about that film, we see that Ricky has held onto it as well. Ricky created a whole park dedicated to it, trying to squeeze every penny out of it that he can. It’s in that park that the climax of the film takes place. That climax involves a UFO (or UAP, depending on who you ask).

The UFO, nicknamed Jean Jacket by OJ, is not like your regular UFOs. It is a living being, more akin to a wild animal than a piloted vessel. It being alive is a big reveal in the movie, and to me, it solidified something that the movie was trying to say. Jean Jacket is showbusiness. It is this seemingly impossible thing in the sky that everyone chases. They chase it for fame, money, notoriety, or even the perfect shot. It swallows people up and reduces them to nothing but blood and loose change. It is erratic, territorial, and beautiful. It is a dream and a nightmare. And achieving success in showbusiness can sometimes be a bad miracle, as the movie might say.

For Em and OJ, the goal is, at first, to capture the UFO through film. They want to turn it into a movie that will get them their fame and glory and money. But, eventually, they decide to kill it instead. So the question becomes: How do you kill showbusiness? Easy, you give it what it seems to want these days: A big, bloated franchise.

Once Em and OJ realize that Jean Jacket choked on and was hurt by some plastic bunting from the park, they try to trick it into eating similar items. A giant plastic horse, a field of wacky waving inflatable arm guys, and last but not least, a giant inflatable Ricky from his very own park. The centerpiece of his attempt to hold onto the past. So, Em and OJ unleash the balloon in an attempt to trick Jean Jacket. Not only does the monster take the bait, but it also chokes to death on it.

Show Business chokes to death trying to gorge itself on one more big, pointless, old franchise.

With Hollywood overrun these days by reboots and rehashes, the message at the end here is clear. Maybe it stems from Peele’s own experiences. He has worked on two rebooted franchises. Regardless, you need look no further than recent headlines to see that franchise bloat and fatigue are a very real problem and may spell the end for this business we call show.