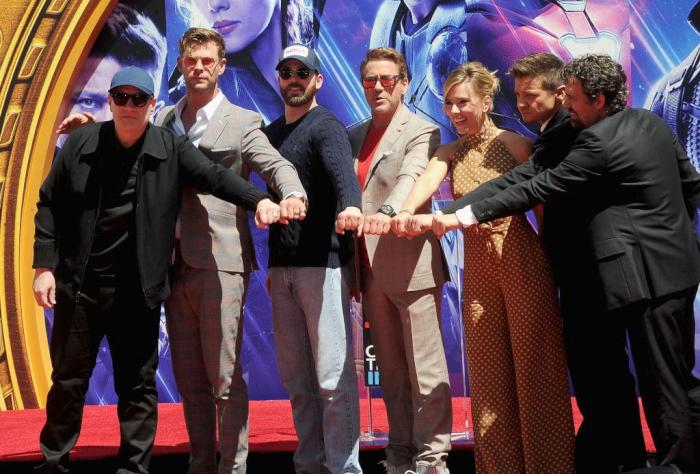 Will ‘Avengers: Endgame’ Ever Beat ‘Avatar’ and Become the Highest Grossing Movie of All Time?

As of the writing of this piece, according to Box Office Mojo, the total worldwide gross of Avengers: Endgame is $2,766,340,683. The film, the 22nd addition to the vast Marvel Cinematic Universe, has broken an array of box office records. It’s the highest-grossing film in the MCU franchise, it had the highest opening day single gross ever, and holds similar honours in terms of opening weeks, single day gross, and being the fastest film to reach $100 million (then $150 million, then $200 million, all the way to a cool $500 million). There are two notable records it has not managed to claim. One is being the all-time highest grossing domestic title ever (they’re a solid $90 million away from Star Wars: The Force Awakens and there’s no way they’ll catch up). And then there’s the matter of being the highest-grossing film of all time. Right now, that’s still 2009’s Avatar.

The total worldwide gross of James Cameron’s most recent movie is $2,787,965,087. For those of you avoiding doing the arithmetic, that means that Avengers: Endgame has $21,624,404 left to catch up. That’s not so much, surely? Nowadays, a $20 million gross is a semi-decent but still kind of disappointing opening weekend for a mid-budget film. How could the biggest movie of 2019 by a country mile struggle to catch up with that? And they just re-released it with some new and unseen footage, to keep the fans happy! Surely, victory is just over the horizon, right?

Well, I wouldn’t be so sure of that.

As this battle for supremacy between two multi-billion dollar corporate properties owned by the same company continues, it’s been fascinating to see the continued degradation of Avatar’s cultural legacy. Granted, most of the movie’s cultural legacy had dissipated into entertainment whispers by the time this box office war began. Avatar remains a fascinating anomaly in entertainment history, standing proudly as one of the greatest financial successes in cinema but having almost no long-term impact in its aftermath. We all saw the movie, and plenty of us enjoyed it, but how often do you hear people having sincere conversations about it now? Where is the fandom? Who’s writing the fic or doing cosplay? What writers are pitching projects to cynical play-it-safe studio executives with comparisons to Pandora and the Na’vi? It isn’t wholly absent from the pop culture landscape - those sequels are a-coming and the theme park land in Disney’s Animal Kingdom has been a major hit - but it shouldn’t surprise us when people view it so dismissively in comparison to the Marvel titan.

But that’s what makes it all the more fascinating as a topic to discuss: Avatar was an original IP not based on pre-existing material (even though its basic narrative and themes were highly derivative); it didn’t have any huge stars or instantly recognizable faces in it aside from Sigourney Weaver in a supporting roles; its release was preceded by years of gossip about an allegedly troubled production and concerns Cameron would never be able to pull it off; and it was in 3D, a gimmick that came and went as regularly as the tides but seldom stuck around as an audience favourite (his previous film, Titanic, faced almost all these roadblocks on its own route to gargantuan success - betting against James Cameron’s ability to make all the money is always a risk). Nowadays, it seems almost inconceivable that one movie could do that. It took Marvel over 20 films to get to that.

The market is also wildly different from where it was a decade ago. The gap between small and big budget films has dramatically increased, to the point where a $100 million blockbuster is considered thrifty. The entire system of blockbusters has essentially become too big to fail and making a billion at the international box office is no longer a pipe dream; it’s a necessity. There are many downsides to this. For example, as we’ve seen this Summer with the under-performing state of mid-budget adult-oriented titles like Long Shot, Late Night, and Booksmart, counter-programming against said blockbusters doesn’t seem to be viable anymore in a post-streaming world. Audiences don’t want to spend $20 a pop every week seeing anything and everything at the cinema. They want Events, they want bang for their buck, and they prefer to see every one of those hundreds of millions of dollars on the screen (especially if it’s tied to a familiar brand). No wonder Avatar flourished, appealing to that hunger before the market became totally saturated.

And therein lies the main reason I don’t believe Endgame can fully catch up to Avatar. When Avatar was released, it had essentially all of January and February to itself to soak up those extra pennies, on top of increased ticket prices for 3D and IMAX, something people were more willing to shell out for when it seemed special. Endgame faced major competition within the first three weeks of its release, thanks to titles like Pokémon Detective Pikachu and John Wick 3 that appealed to the same scattered demographics. And then Aladdin was out a month later and blew away everyone’s pessimistic expectations. There will always be fans willing to shell out more to see Endgame multiple times, but when tickets are that pricey and the competition is that good and Netflix is there to keep you busy, is it as much a priority to go back to the three hour film you saw on opening weekend?

Of course, this battle is ultimately kind of silly for a number of reasons. Disney now owns Avatar so it’s not like they’re battling some mighty opponent from another studio to claim that prize. They just bought it like they do everything else! On top of that, they have at least two sequels to promote and get fans hyped for in the coming years, all in the face of that weary disinterest and ‘hey, remember that movie’ emotion. On a purely cynical level, I had trouble getting the bad taste out of my mouth every time I saw people cheering on Endgame to beat that record. I’m all for fan excitement but there’s something peculiar to me about tying a film’s cultural impact and your love of it as a fan to how many billions of dollars it makes. But that’s a conversation for another day. For now, Avengers: Endgame has enough records on its mantle, and that promotional push to number one certainly didn’t hurt promotional duties for Spider-Man: Far From Home.

Of course, I could be wrong and Kevin Feige could be adding me to his enemies list as we speak.

← Recap: 'Big Little Lies' Slows Down With Generational Trauma in 'Kill Me' | Fact Checking: 'The Loudest Voice' on Roger Ailes and Fox News' Post 9/11 Role in the Iraq War →