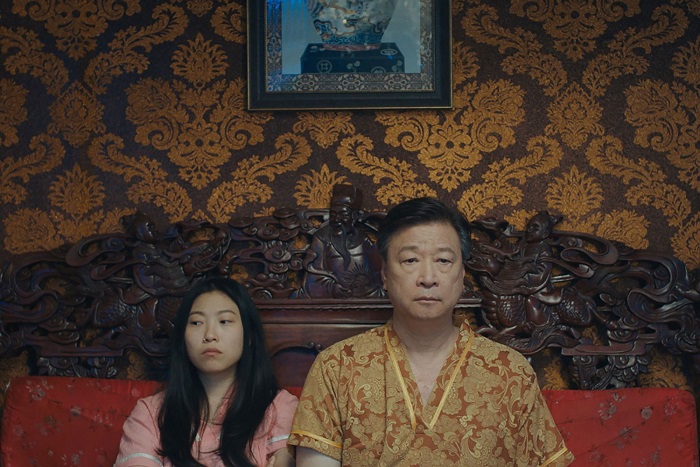 Oscar Nominations Will Be Announced Monday, and Here Are the Possible Snubs I'm Already Pissed Off About

Thanks to the abbreviated awards season this year, although the Golden Globes just happened, Monday morning means that the final phase begins: nominations for the 92nd Oscars, to be held on Feb. 9! Being announced by some of our Pajiba favorites!

Many jokes have already been made on Twitter about the possibility of two actors of color being forced to read lists of all-white nominees, and look, I TOO AM CONCERNED. The BAFTA nominations certainly didn’t inspire much confidence—although, to be fair, their overlap with actual Oscar nominees is sometimes nonexistent, as in their snub last year of Regina King, who went on to win for If Beale Street Could Talk. The fact that Asian-American film The Farewell got labeled by the Hollywood Foreign Press Association as a “foreign language film” certainly feels like othering. And overall, I’ve got a lot of grievances going into this last act of the awards season, and I’ve got some concerns. So in no particular order, here is a random array of what I’m worried will get snubbed Monday morning.

We covered Midsommar pretty thoroughly this year, from my original review to Kristy’s piece on the differences between the theatrical and director’s cut, and I think that’s because there’s so much to talk about with Ari Aster’s film, in particular all that damn detail.

The costuming! The design of the Hårga commune! All those damn runes, which Pajiba’s own J.S. helped me understand! There are so many layers of complexity to the production design of Midsommar, but I’m guessing that the film’s classification as horror will leave it unloved by the Academy. They just don’t do genre stuff that often. Which also leads us to …

BEST ACTRESS: LUPITA NYONG’O in US and ELISABETH MOSS in HER SMELL

One of the critics groups of which I am a part, the Washington DC Area Film Critics Association, named Lupita our best actress for her fantastic dual performance as Adelaide and her tethered Red in Us, and that was right. Nyong’o is riveting and sympathetic and horrifying and devious as Adelaide/Red, and the film’s final moments simply do not work without her. That fight scene alone is some next-level shit. But Nyong’o was snubbed by the Golden Globes and the BAFTAs, and Us could be written off by some Academy voters as just a horror movie, which would be bullshit but not entirely shocking for how limited they tend to be.

But at least Nyong’o has been recognized by critics — Elisabeth Moss’s performance in Her Smell is just hanging out there, utterly ignored. The movie is messy and intense and Moss is the whirling dervish at its center; I’ve never seen her this good, or this scary, or this mournful. (Her cover of Bryan Adams’s “Heaven”! Oh, it hurts my heart!) I’m guessing that the movie’s super-under-the-radar status is keeping Moss from the recognition she deserves, but I’m still pissed about it.

Look, maybe you think the third installment of the John Wick franchise didn’t use Jason Mantzoukas to his full ability. Maybe you think Zero should have been played by Hiroyuki Sanada, as originally intended, until Sanada went and got that Avengers money. But can we all agree that the score from Tyler Bates and Joel J. Richard is a glorious cascade of synths and keys and Middle Eastern rhythms that travels the world just as Wick does during this film? And I’m pretty sure there’s no way it gets nominated because it’s just too edgy? 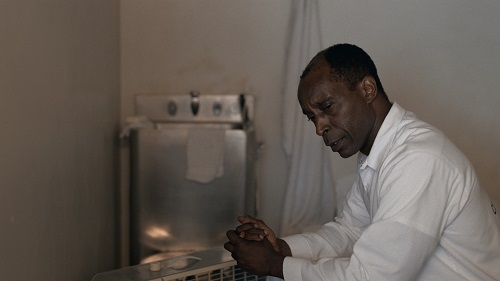 Did you guys think I was done yelling about Mudbound? NEVER. N E V E R ! And I bring up that film because Rob Morgan was fantastic in that 2017 film as patriarch Hap Jackson, and he’s somehow even better in Just Mercy as Herbert Richardson, a Vietnam vet suffering from PTSD awaiting his execution by the state. Morgan’s Herbert is well-liked by his fellow inmates, honest about the crime he committed, and regretful of the way his time in Vietnam shaped his life going forward. The joke about prison is that everyone in there says they’re innocent, but Morgan’s Herbert is such a heart breaker because he knows he’s guilty, but he also dares to hope for a second chance in spite of that guilt. The movie is well-made overall, but Morgan is its standout, and I’m sure he’ll get snubbed just like he did for Mudbound.

Another film I’m worried will get totally overlooked is The Last Black Man in San Francisco (ahem, another film in which Rob Morgan has a great supporting role), but the standout for me in this excellent first feature from Jimmie Fails and Joe Talbot is Jonathan Majors. As the aspiring playwright Mont Allen, Majors communicates the restlessness of a lost soul — a sensitive, observational young man who doesn’t fit in with the harder guys who hang out on his street but who also knows that the increasingly gentrified San Francisco has no place for any men who share their skin color. Majors has excellent chemistry with everyone — with Fails, and in particular with Danny Glover, who plays his grandfather — and Mont is fundamentally a dreamer, someone who needs other people around to inspire him, to encourage him, to see him. That need is what makes the ending of the film so tragic, and Majors’s last few moments as Mont so unshakeable. I can’t stop thinking about it.

BEST DIRECTOR: LORENE SCAFARIA for HUSTLERS and MARIELLE HELLER for A BEAUTIFUL DAY IN THE NEIGHBORHOOD

Here’s a fun statistic, and by fun, I mean shameful: It is 2020 and there is still only one woman who has ever won Best Director at the Academy Awards! Kathryn Bigelow is the only woman in 91 ceremonies to do this! Goddammit, Academy, aren’t you tired of being this narrow-minded?

But they are — only five women have been nominated, period — and that’s why I’m fairly sure, if not totally sure, that neither Lorene Scafaria for Hustlers nor Marielle Heller for A Beautiful Day in the Neighborhood will be nominated. And honestly, it sucks! Both of these movies are tricky constructions that require quite a fair amount of skill to pull off. In Hustlers, Scafaria juggles two timelines to show us the rise and fall of these women, and how the once-strong friendship between Constance Wu’s Destiny and Jennifer Lopez’s Ramona fractured and curdled. If Adam McKay (who I mostly like!) can get nominated for directing films about the very fucked-up state of American economics and the people taking advantage of it, why not Scafaria?

And I think Heller had something even more risky to do with A Beautiful Day in the Neighborhood, a movie featuring Mr. Rogers but not about Mr. Rogers. (There’s a documentary for that: The Oscar-snubbed Won’t You Be My Neighbor?) Heller’s choice to have Tom Hanks’s version of the childhood icon break the fourth wall in his communication with us as viewers was a bold, engaging move that helped the movie transform into an extremely satisfying version of a therapy session for audiences. And think of how the movie transitions between the Mr. Rogers portions and the scenes with Matthew Rhys’s journalist Lloyd Vogel — the film makes excellent use of our memories of the Mr. Rogers world and transforms them into something more mature, yet still hopeful.

I don’t know, guys. It took a deft hand to pull off either of these movies, and I’m sure Todd Phillips will get nominated in a spot that should have gone to either woman, because Everything is Bad.

Look, remember when the Academy gave this award to Peter fucking Farrelly last year for Green Book? A movie that painted a real-life historical figure as an orphan with no family, because it better served Farrelly’s narrative … even though the man totally had a family that Farrelly just ignored? That was cool!

It would be my dream for this category to actually take some goddamn risk, which is why it would be lovely but also totally not realistic for either Under the Silver Lake or High Flying Bird (movies that A24 and Netflix, respectively, seemed to ignore) to be nominated. On the one hand, David Robert Mitchell’s Under the Silver Lake is horrendously bleak, a labyrinth of conspiracy theories and meandering tangents that at first doesn’t seem to add up to much — but its obscurity is the point. Its questions about the meaninglessness of our everyday lives are, well, cryptic, but I think Mitchell effectively captures something very specific here — the need to bury ourselves in pop culture, to dedicate our lives to finding “answers,” because we’ve been promised so much that has never come to pass. His script does that excellently.

Tarell Alvin McCraney’s High Flying Bird is nearly oppositional to Under the Silver Lake in that instead of linking together disparate pieces of our society into a jagged quilt, it is exceptionally focused. McCraney uses his script to position sports agent Ray Burke (André Holland) as the first warrior in an uprising, a swell of organized labor to upend a system that has long kept men of color subservient. His script is wry but intentional, and it’s a perfect pairing with director Steven Soderbergh, whose entire filmography demonstrates an understanding that hierarchies exist to be questioned. I still don’t quite get why Netflix put their money behind The Laundromat as an awards contender when they have the co-writer of Moonlight right here? Was Meryl Streep in brownface in The Laundromat really so compelling?

When the Academy expanded the possible number of Best Picture nominees to 10 back in 2009, the move was meant to make space for films that wouldn’t normally be considered in this category — basically for “non-prestige” movies to have a place. So sci-fi films like District 9 and animated classics like Up and effects extravaganzas like Gravity and Marvel fare like Black Panther could be considered, too. In the years since that move, the Academy hasn’t tended to nominate 10 films — in fact, they usually waver between eight and nine — but there are so many deserving movies this year that I hope they stretch that limit to the maximum of 10, and I hope Ford v Ferrari and The Farewell both make it in.

Why those two? Because Ford v Ferrari is the kind of very well-crafted Dad movie we don’t get that often anymore, a movie about Men Doing Stuff that doesn’t feel particularly condescending or patronizing but that, well, looks pretty damn good. All the acting is solid! Jon Bernthal is hot! James Mangold is very skilled at what he does! Christian Bale reminded us he’s British!

And if Ford v Ferrari feels like a throwback, then The Farewell feels like the future. Lulu Wang’s film was the movie everyone was asking me about last summer — coworkers at my day job, my mom, um, I guess my social circle is fairly small — and the film’s popularity surged because of that word of mouth. The intimacy and specificity of the storytelling is so impressive, and I love the dynamic between Awkwafina and Zhao Shuzhen.

First-gen immigrant stories are American stories and should always have a place at American awards, and it would be a bold move for the Academy to acknowledge that by honoring The Farewell with a nomination. And hell yeah, it would shade the HFPA, and aren’t we all down with that?

What movies/names do you hope will be read Monday? What are you hoping won’t get overlooked? Are you just here for John Cho thirst? To be fair: I do not blame you. 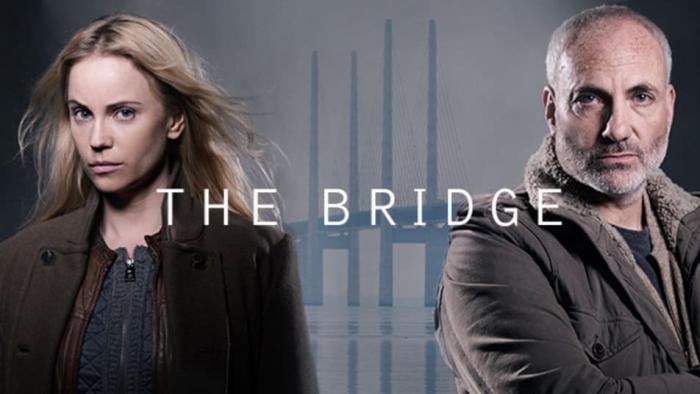