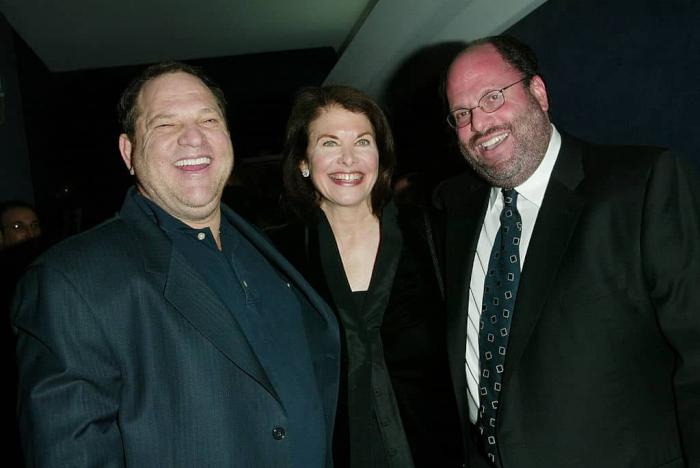 What Will it Take for the Age of the Hollywood Bully to End?

The past month has seen one of the entertainment industry’s biggest open secrets be exposed to the general public. After decades of whispers, screams, and extensively detailed profiles, producer Scott Rudin was finally and exhaustively exposed as one of the business’s most insidious and violent bullies. For those in the know, there were few true surprises in the reports published by The Hollywood Reporter and Vulture, the latter of which brought together dozens of former Rudin employees to detail the true extent of his terrorizing behavior. That didn’t make what we read any less chilling, of course, as outsiders got a full insight into the neuroses, sadism, and physical and psychological dangers of Rudin. Staffers described the taunting, the endless throwing of objects at their heads, and the ways he seemed to delight in bringing young employees to tears. One man took to Twitter to talk about his late brother, a former Rudin employee who developed extensive PTSD as a result of his eight months under Rudin’s tyrannical reign, and how he believed it led in part to his sibling taking his own life.

The Rudin PR machine is already in full swing trying to downplay the accusations. The trades are already full of astoundingly wrongheaded puff pieces that try to present ‘sources’ talking about how they’re OK with still working with Rudin as some sort of journalistic insight. Big names are finally coming forward to condemn Rudin, most recently author and screenwriter Michael Chabon, who admitted that he could not play ignorant with Rudin’s behavior and confessed his culpability. Still, true industry-wide pushback feels thin on the ground.

Yet there is something unexpected about the way the Rudin story is unfolding. It’s not going away. Rudin’s not going into faux rehab for his ‘problems’ and we’re not seeing the usual bullsh*t non-apology tour roll out. People are just getting angrier at Rudin and the silence that cushions him from the blow. Unions are speaking out, and it feels like it may be harder for those craving the status quo to crawl back to normalcy once the harsh glare of the spotlight is somewhat dimmed. This is obviously way too early a point in time to make this declaration. We’ve been to this rodeo before, and it seldom takes the right route. In 2015, Stephen Galloway wrote a piece for The Hollywood Reporter entitled ‘The Decline of Hollywood’s Bully Culture.’ Galloway claimed that, in the aftermath of the Roger Ailes and Bill Cosby allegations, the old days of executives screaming at reporters and the bully culture that defined Hollywood was coming to an end. Rudin is not mentioned in this piece, but Galloway did write a fawning profile of him six years prior that regaled us with tales of how ‘the most feared man in town’ drove multiple assistants to trauma. But don’t worry, because he also said that Rudin ‘is utterly, almost dazzlingly charming.’ The media cycle plays to a familiar tune.

Rudin is but one cog in the machine, a wax figure in a museum display that dates back decades. One thing I have seen frequently referenced in regards to Rudin, both before and after the exposes, is the notion that he follows in mighty Hollywood bully footsteps. It would be easy to single out one producer as the bad apple of the barrel, but the rot runs far deeper.

The amorphous blob of the entertainment industry that we shall glibly define as ‘Hollywood’ is an industry marked by its embrace of the tyrant, both in terms of their physical and verbal abuse, and their sexual threats towards the women under their employment. Louis B. Mayer, co-founder of MGM, ruled over his roster of stars with an iron fist while declaring to the public that they were all one big happy family. Judy Garland was sexually harassed by him from a young age, and actresses like Jean Howard were chased around the room by him. Harry Cohn, President of Columbia Pictures, was a notorious dictator of his studio, a man who, according to screenwriter Ben Hecht, ‘had listening devices on all sound stages and could tune in any conversation on the set, then boom in over a loudspeaker if he heard anything that displeased him.’ He was also the most infamous purveyor of the so-called casting couch, demanding that practically every actress who worked under the Columbia banner sleep with him. Lew Wasserman, the agent who wildly redefined the industry, was an unmitigated bully whose screaming matches drove people to vomit. There is a reason that nearly every cultural depiction of a studio executive or producer positions him (and it is always a man) as a cigar-chomping, whisky-swilling brute in a suit who bellows more than he whispers. You write what you know.

Following the fall of Harvey Weinstein, there was much chatter over the end of the casting couch and various practices that helped to perpetuate an abusive atmosphere, such as meetings and auditions taking place in hotel rooms. We heard the word ‘reckoning’ a lot. Such promises feel especially empty today. Last year, the Anita Hill-led Hollywood Commission for Eliminating Harassment and Advancing Equality in the Workplace noted that ‘Hollywood has an entrenched and endemic issue with bullying that is exacerbated by the industry’s power imbalances.’ This toxicity was shown to impact women twice as often as men, with non-union workers particularly vulnerable as well as those with disabilities. Hollywood assistants to the rich and powerful are banding together for better pay and workplace safety.

And yet the behavior of people like Rudin and his ilk is still written off as justifiable if the movies make enough money, and the abuses the lower-rung workers experience are them ‘paying their dues.’ There are a lot of people in the business who probably went through the same crap as Rudin’s many employees and won’t speak up because hey, they survived it. They were tough. Their skin was thick enough. They were good enough at their job to succeed. We already saw in Vulture’s investigation how Eli Bush, the ‘Smithers’ of Rudin’s circle, climbed to the top through this path.

What disheartens me the most is that I can see Rudin’s route to redemption clearly laid out before me. In about six months’ time, there will be a big Oscar player with his name attached. The kind of film that festivals go nuts for and that seems predestined to sweep awards season. Rudin may have ‘stepped back’ from active producer duties, but he’s not rescinding any of his credits. So, he’ll get a splashy interview in a sympathetic publication with a journalist who is all too happy to follow the party line. Rudin will get tears in his eyes as he laments his ‘dark’ past and anger issues and how oh-so-sorry he is for the people he may have hurt (but he’ll still deny some of the more extreme allegations.) The piece will include fawning quotes from colleagues, filmmakers, and whoever’s film he’s promoting. What a producer, they’ll say. He’s such a storyteller’s ally. Yes, he’s had his issues, but we never saw any of those alleged incidents happen and he’s been nothing but a gentleman to us. He’s paid his dues, he’s made amends, honestly. And isn’t it time to forgive? Wouldn’t that make us the bigger people?

Hollywood is full of these bullies, but frankly, I think a lot of the industry decided that getting rid of Weinstein was enough. He’s the new benchmark for cruelty. I’ve already seen people shrug off Rudin’s abuses by saying, ‘well, at least it wasn’t as bad as Weinstein’, as if every abuser has to be a serial rapist with decades’ worth of violence to their name to count. Nothing short of a total paradigm shift will change the industry for the better, from mass unionization to a slew of executive firings to a rewriting of the workplace safety handbook. But how can that happen when the usual suspects seem so pathetically hesitant to get rid of the ‘bad apples’ we all know about? I hope we see real accountability with Rudin, but we know it’s only the tip of a very large iceberg, one that’s sadly in no danger of melting any time soon.