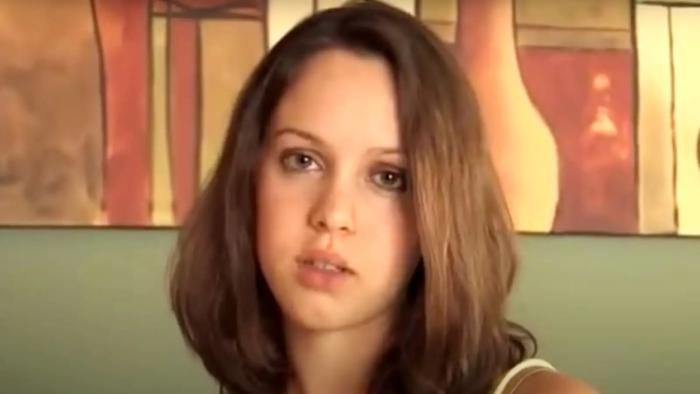 What is 'Megan is Missing', The Found Footage Horror Movie Terrifying TikTok?

You really can’t predict what’s going to be a hit. No matter how the almighty algorithms dictate it or how much money a studio puts behind their best efforts, you can’t force people to get truly revved up for something they otherwise don’t care about. Sometimes, the weirdest things beat the odds or discover new audiences years after their initial release. See how the comedy Bad Teacher and the Keanu Reeves horror movie Knock Knock suddenly became huge on Netflix this year without rhyme or reason. Now, the denizens of TikTok have scrambled around a little-known found footage horror movie from way back in 2011.

Over the weekend, Megan is Missing began trending on social media. Users of TikTok began filming their reactions to the movie, describing their shock and trauma at what they’d seen.

This is like the 7th tiktok I seen of “Megan is missing” I wanna watch it so bad but judging by the comments I shouldn’t pic.twitter.com/9MFLK80Qnd

THE MOVIE MEGAN IS MISSING IS TRAUMATIZING AS FUCK,,, wHY DID I EVEN WATCHED IT 😭😭😭😭

Who tf put Megan is missing on my TL?!WHY TF IS IT TRENDING??? I've long forgotten that movie 😭Now I'm having flashbacks and I DON'T LIKE IT!! pic.twitter.com/3v2vBaszFD

Oomfs lemme tell ya right now that watching Megan is Missing is NOT WORTH IT.
My sister is practically numb when it comes to horror. She watched The Exorcist and it didn't scare her. After watching this? She couldn't sleep for a week.
Just TAKE MY ADVICE. DON'T FUCKING WATCH IT.

Things got so frenzied that the movie’s director, Michael Goi, took to TikTok himself after his leading actress, Amber Perkins, told him about the viral phenomenon. He even issued a trigger warning of sorts.

cw // megan is missing
-
-
-
hey so a lot of my friends were saying they wanna watch megan is missing, before y’all do that please watch this video from the director 😭 stay safe ily all pic.twitter.com/PxOfSaucud

‘I didn’t get to give you the customary warnings that I used to give people before they watched Megan is Missing, which are: do not watch the movie in the middle of the night, do not watch the movie alone, and if you see the words ‘photo number one’ pop up on your screen, you have about four seconds to shut off the movie if you’re already freaking out, before you start seeing things that maybe you don’t want to see.’

Megan is Missing describes itself as being inspired by real cases of sex trafficking. It tells the story of the eponymous Megan, a teenage girl who disappears after choosing to meet up with a boy she was chatting to online. What follows is an intensely graphic series of events, including child rape, mutilation, torture, death, and exploitation.

Reviews for the film upon its initial release were uniformly negative. Many critics described the film as needlessly exploitative and derivative to boot, with frequent comparisons made to The Blair Witch Project and Paranormal Activity. The general ineptitude of the direction was also called out. In some scenes, you can see the boom mic in shot.

The film is actually banned in New Zealand after the country’s Office of Film and Literature Classification deemed it ‘objectionable’ and potentially ‘injurious to the public good’, drawing particular attention to a three-minute rape scene and the sexualization of its teenage cast.

Megan is Missing seems like your bog-standard shoddy gorenography exploitation film that dresses itself up as important by claiming it’s inspired by real events. Its viral status feels like a pure fluke, one that could have happened with any shocking horror film. Imagine if a whole new generation of teens decided to scare one another to death with Audition or Martyrs. It’s a time-honored tradition to get all your friends to freak out over a scary movie. Now, it’s also a viral challenge.

If your interest has been sufficiently piqued, you can rent it on iTunes, YouTube, or Amazon Prime US.

← John Oliver Ends 2020 With A Bang | 'The Mandalorian' Season 2, Chapter 11: The Frog Reunion Was the Most Adorable Moment →